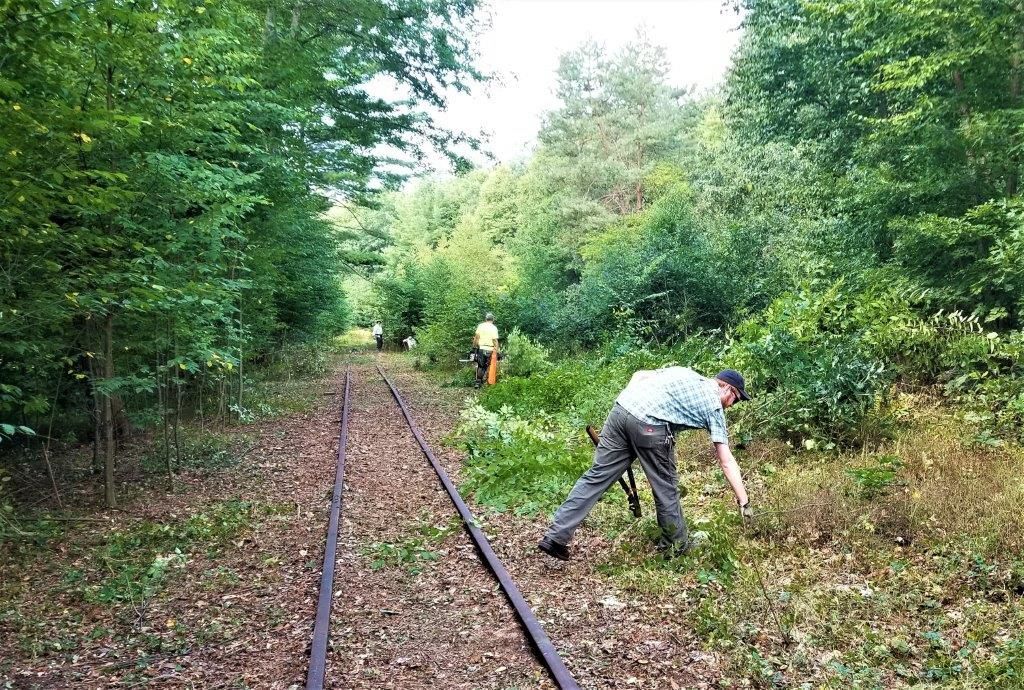 Members of the Friends of the East Broad Top, the new EBT Foundation Inc. and the Broad Top Area Coal Miners Historical Society helped clear EBT right of way at Robertsdale recently in preparation for "speeder" operations and the placement of five original EBT coal hoppers along the line. 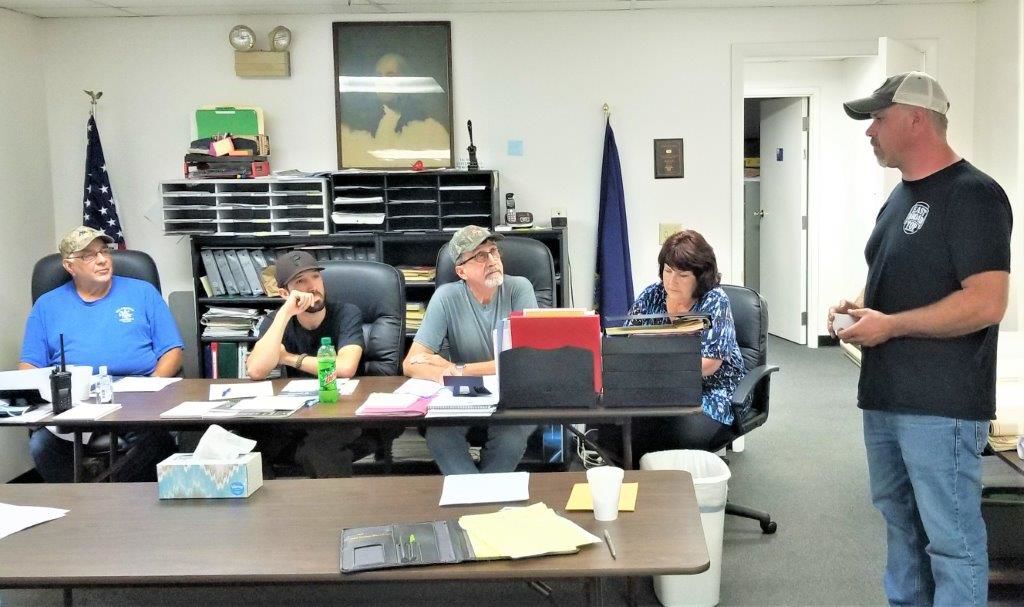 Members of the Friends of the East Broad Top, the new EBT Foundation Inc. and the Broad Top Area Coal Miners Historical Society helped clear EBT right of way at Robertsdale recently in preparation for "speeder" operations and the placement of five original EBT coal hoppers along the line.

The Wood Township supervisors on Wednesday evening listened to an update on preservation and restoration activities on the historic East Broad Top Railroad, which includes enhancements in Robertsdale on the southern end of the former coal hauling line.

Brad Esposito, general manager with the new EBT Foundation Inc., outlined several restoration and rehabilitation activities now in progress at Robertsdale in conjunction with heritage preservation efforts by the nonprofit Friends of the EBT (FEBT) and the Broad Top Area Coal Miners Historical Society. Also present was Dave Brightbill, longtime EBT associate and a member of the new management team.

Members of the new foundation, the FEBT and the Coal Miners Museum recently cleared about a fourth of a mile of EBT right of way between the old EBT railroad depot and the No. 1 Rockhill Coal Mine, where coal was shipped from Robertsdale on the EBT beginning in 1874. The initial work at Robertsdale started a few weeks ago in preparation for the annual FEBT Reunion and the Broad Top Coal Miners Heritage Days scheduled for Columbus Day weekend, Oct. 9-11.

Township supervisors Tom Love, Anthony Lockard and chairman Kirby Lockard were pleased to learn about the enhancement activities taking place in Robertsdale and the ongoing restoration work at Rockhill, the home of the EBT.

Earlier this year, the new foundation acquired the entire EBT right of way between Robertsdale/Wood and Aughwick Bridge, a few miles south of Mount Union, as well as the steam locomotives, other rolling stock and railroad structures at Rockhill from the Kovalchick family which bought the railroad following its closing as a coal-hauling line in 1956.

The EBT, designated a National Historic Landmark in 1964 by the U.S. Department of the Interior, National Park Service, operated a tourist train between Rockhill and Shirleysburg beginning in 1960. Facing growing operation costs and several unsuccessful proposals to restore the railroad between Mount Union and Robertsdale/Wood, the EBT ceased tourist operations in 2011. With the acquisition of the 27-mile EBT right of way earlier this year, the new owners are on schedule to reopen the railroad for tourist service in 2021.

Esposito, a 20-year veteran of the Buffalo & Pittsburgh Railroad, a Genesee & Wyoming Inc. Co., and activist in the FEBT for many years, told the township supervisors Wednesday evening that in addition to clearing the EBT right of way, including the “Robertsdale Wye” the foundation plans to bring five original EBT coal hoppers from Rockhill to Robertsdale this month for placement on the restored tracks.

Other plans call for retying sections of the EBT tracks at Robertsdale so that “speeders” can be operated on right of way. The EBT Foundation also owns the former two-story, Rockhill Coal Co. building on Robertsdale’s “company square” (which houses the present day Robertsdale Post office). No immediate plans were announced for the structure, but Esposito said that the building will undergo some improvements.

Esposito explained that the new foundation is meeting with various municipalities along the EBT right of way to answer questions and update municipal leaders about the multi-phase railroad restoration project. “We are really excited about the EBT’s future and look forward to working with the municipalities in helping to boost economic development along the right of way,” he stated.

At Robertsdale, ongoing activities of the FEBT, Coal Miners Museum and the EBT Foundation are expected to attract more visitors to the area as future development of the railroad progresses. Esposito stopped short of assuring the return of the EBT to Robertsdale but said that the new management is studying all options based on the availability of funding and recommendations in a master plan the railroad is now preparing.

In other township business, the supervisors:

--will conduct Bulky Waste Day 7-11 a.m., Saturday, Oct. 3, along Rt. 913, across from the RW&BT Fire Hall in Robertsdale. Additional information will be forthcoming.

--Listened to concerns from a Wood resident about discussions 14 years ago over a proposal to vacate a road in Wood. The township supervisors and the property owner sharply disagreed over the procedures for vacating a roadway the supervisors said they did not own.