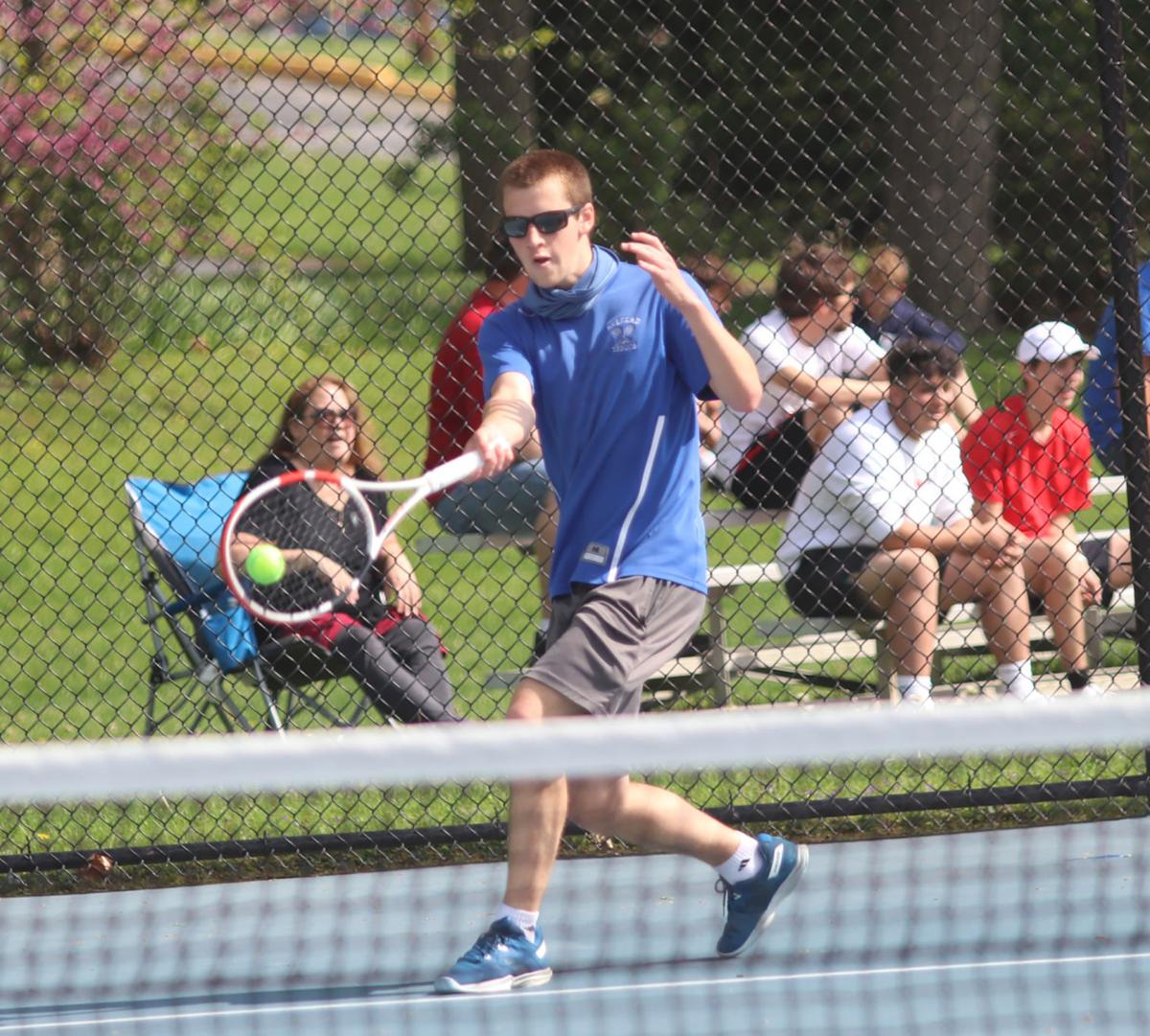 Bedford’s Isaac Arnold hits the ball back to Windber’s Matt Kozar during their quarterfinal match in Tuesday’s District 5 Singles Tournament. 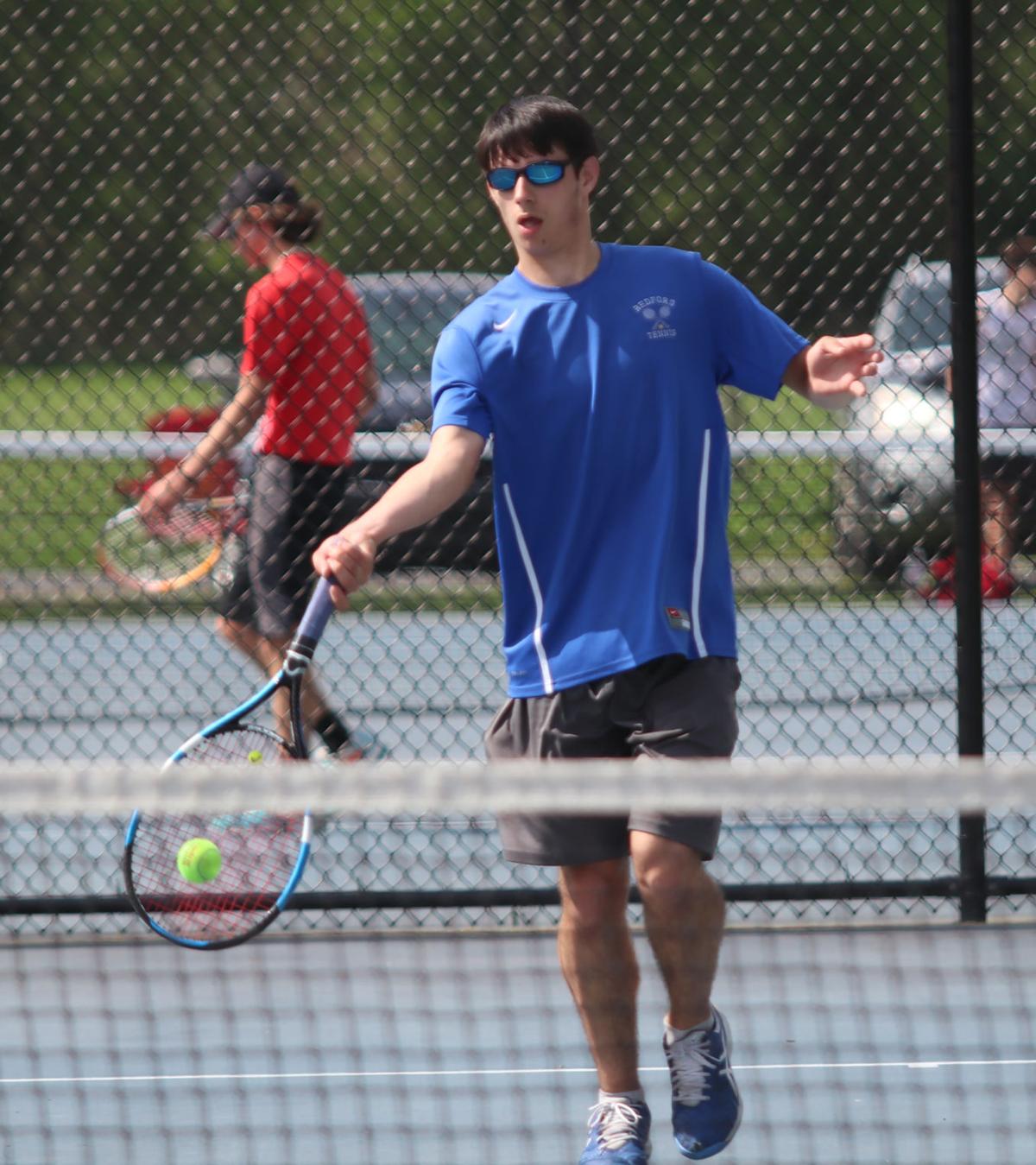 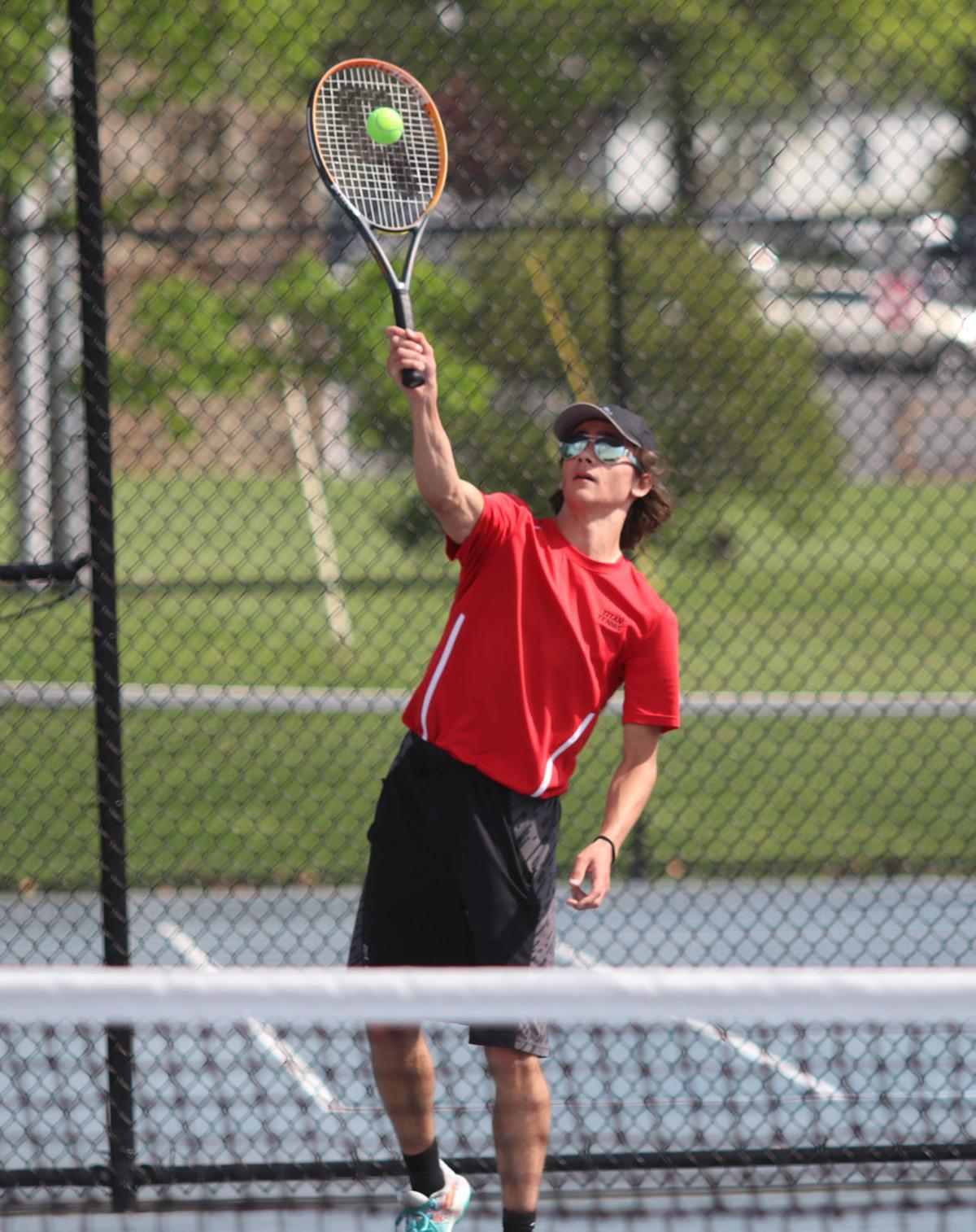 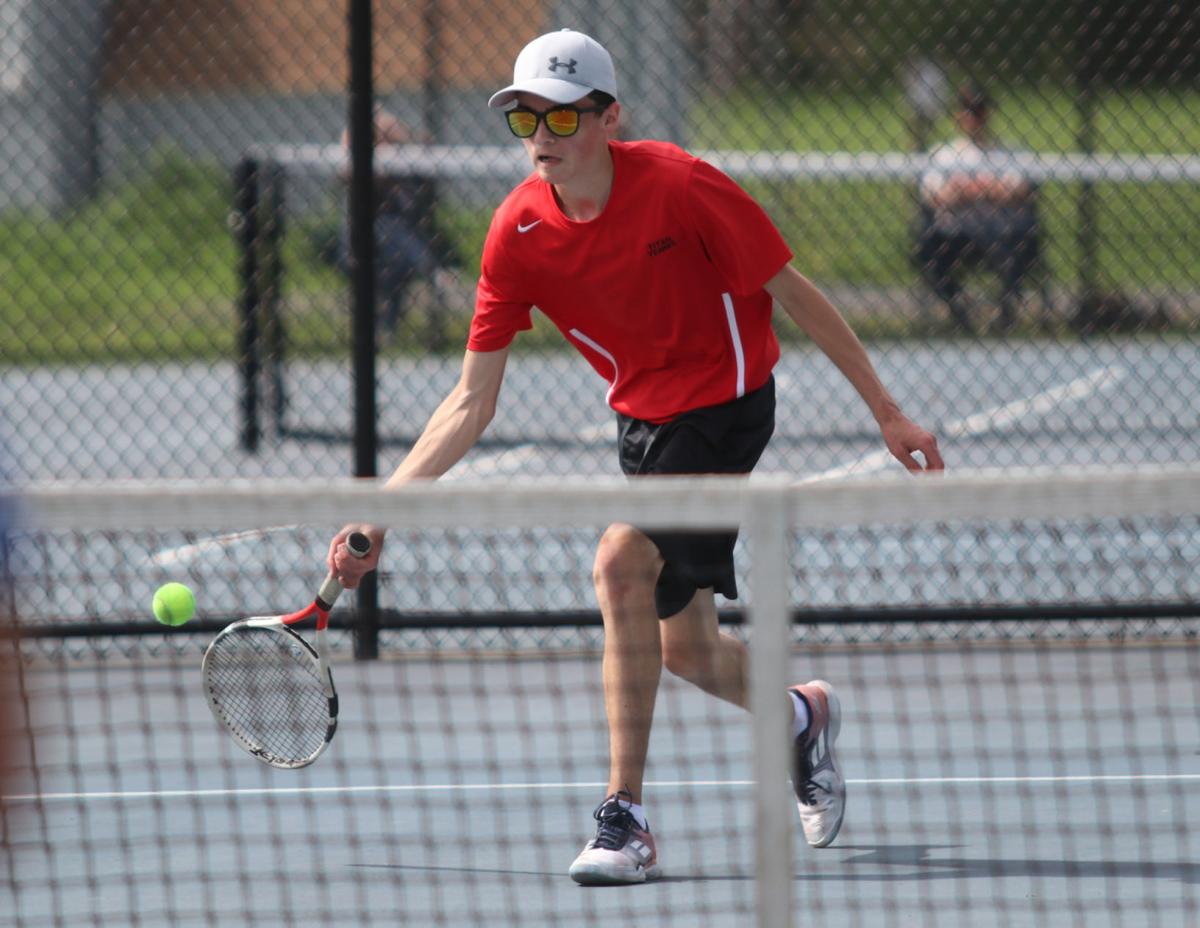 Tussey Mountain’s Ethan Schneider runs to the net to try and return the ball against Bedford’s Nick Beard in their quarterfinal match in Tuesday’s District 5 Singles Tournament held at Bedford.

Bedford’s Isaac Arnold hits the ball back to Windber’s Matt Kozar during their quarterfinal match in Tuesday’s District 5 Singles Tournament.

Tussey Mountain’s Ethan Schneider runs to the net to try and return the ball against Bedford’s Nick Beard in their quarterfinal match in Tuesday’s District 5 Singles Tournament held at Bedford.

There was a nice mixture of players from the four District 5 schools that advanced to the semifinals in Tuesday’s District 5-AA singles championship held at Bedford.

Sadly, that’s where the locals’ run ended with Kozar and Ross advancing to the finals.

Kozar wound up winning the championship over Ross with a 6-0, 6-0 decision as rain rolled into the area.

Beard and O’Hagan were joined by a teammate each in the tournament. Bedford was also represented by Isaac Arnold, while Tussey’s Ethan Schneider represented the Titans. Both fell in the quarterfinals.

The day kicked off with Arnold falling to Kozar, 10-1, and Schneider dropping his opening match to Beard, 10-1.

Arnold was the only player to win a game off of Kozar on Tuesday.

Ross blanked Windber’s Braydon Wojcik, 10-0, while O’Hagan went back and forth with Somerset’s Matt Jacobs. After remaining close for much of the match, O’Hagan walked away with a 10-6 victory.

O’Hagan moved on to face Kozar in the semifinals, and the Rambler blanked the Titan, 10-0. It was the third time this season the pair faced one another.

In the other semifinal, Ross and Beard kept things close early on in their second meeting of the year, but the Golden Eagle pulled away late to upend Beard, 10-5.

In the final, Kozar needed about 32 minutes to secure his third consecutive district singles title. Kozar has committed to play men’s tennis at St. Francis University.

As of now, both the PIAA Class AA singles and doubles tournaments are to be held over Friday and Saturday, May 28-29 in Hershey. Unlike in the fall in girls’ tennis, the PIAA will be allowing runners-up into the state tournament.

All four teams will be in action on Wednesday with the District 5 team tennis kicking off.

In Wednesday’s semifinals, the top-seeded Golden Eagles will host the fourth-seeded Ramblers. Locally, second-seeded Bedford welcomes the third-seeded Tussey Mountain Titans back to its court.

The winners of the two semifinals advance to play at the higher seed on Thursday.

Next Monday, all four teams will return back to Bedford for the district doubles tournament.