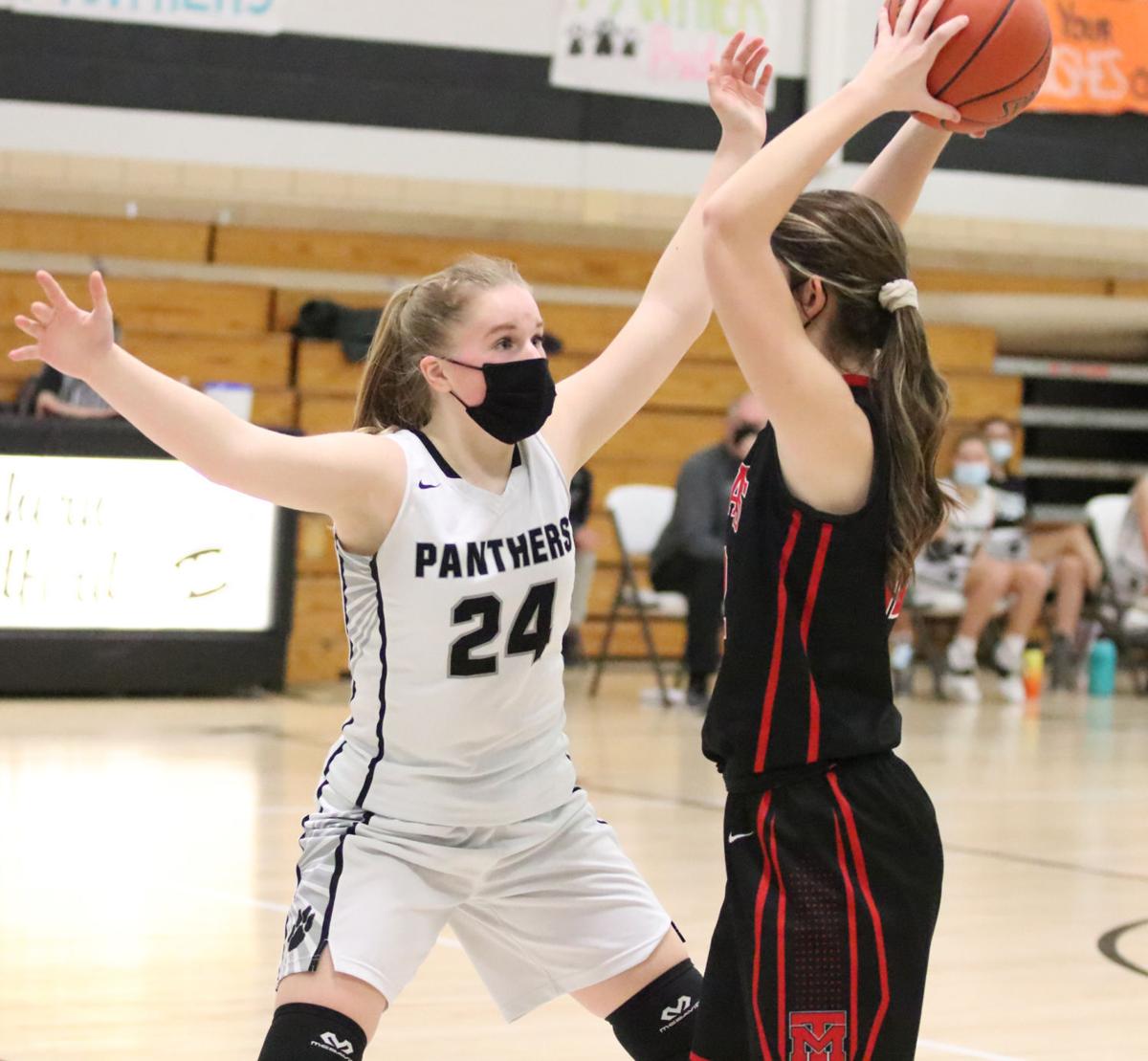 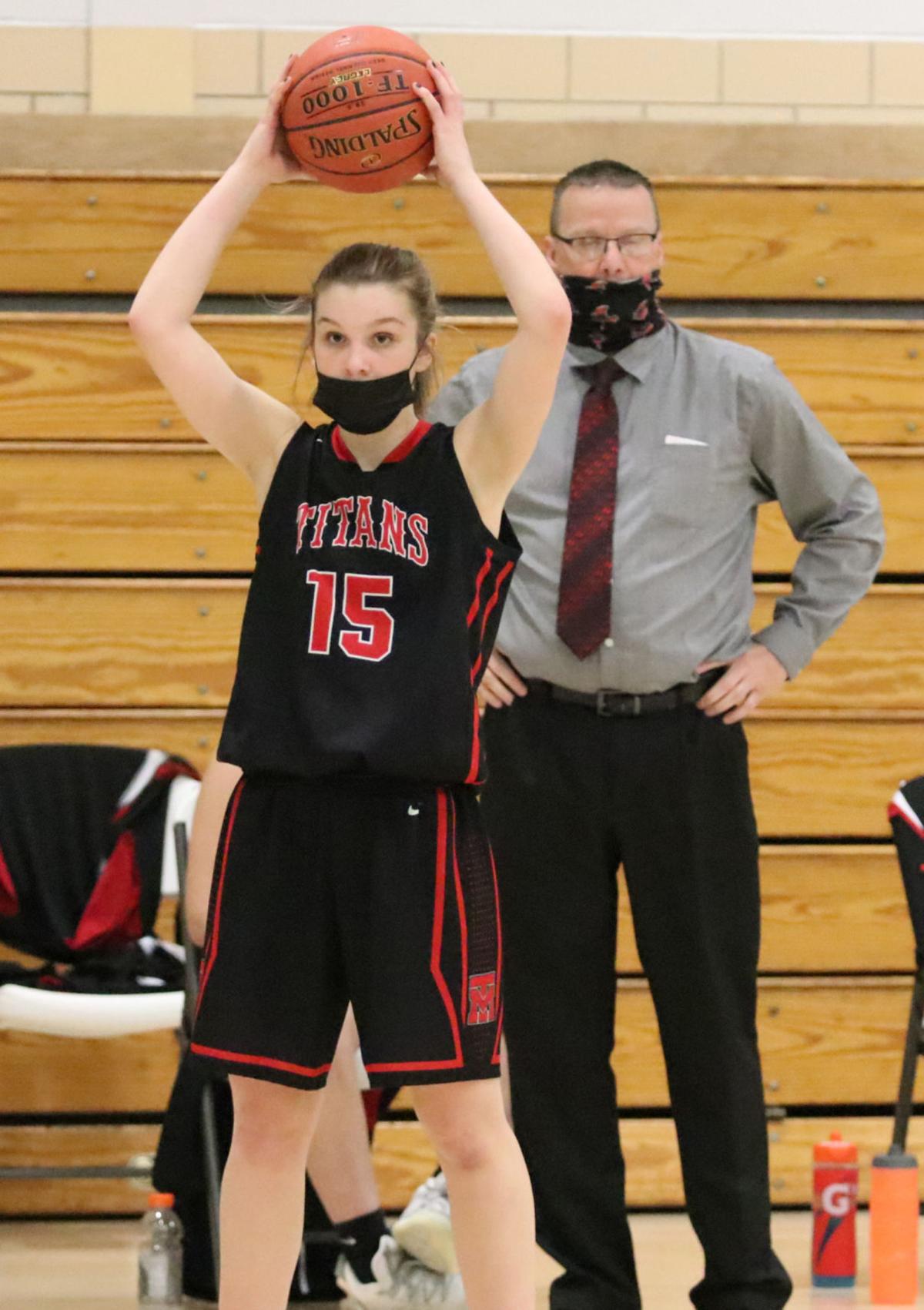 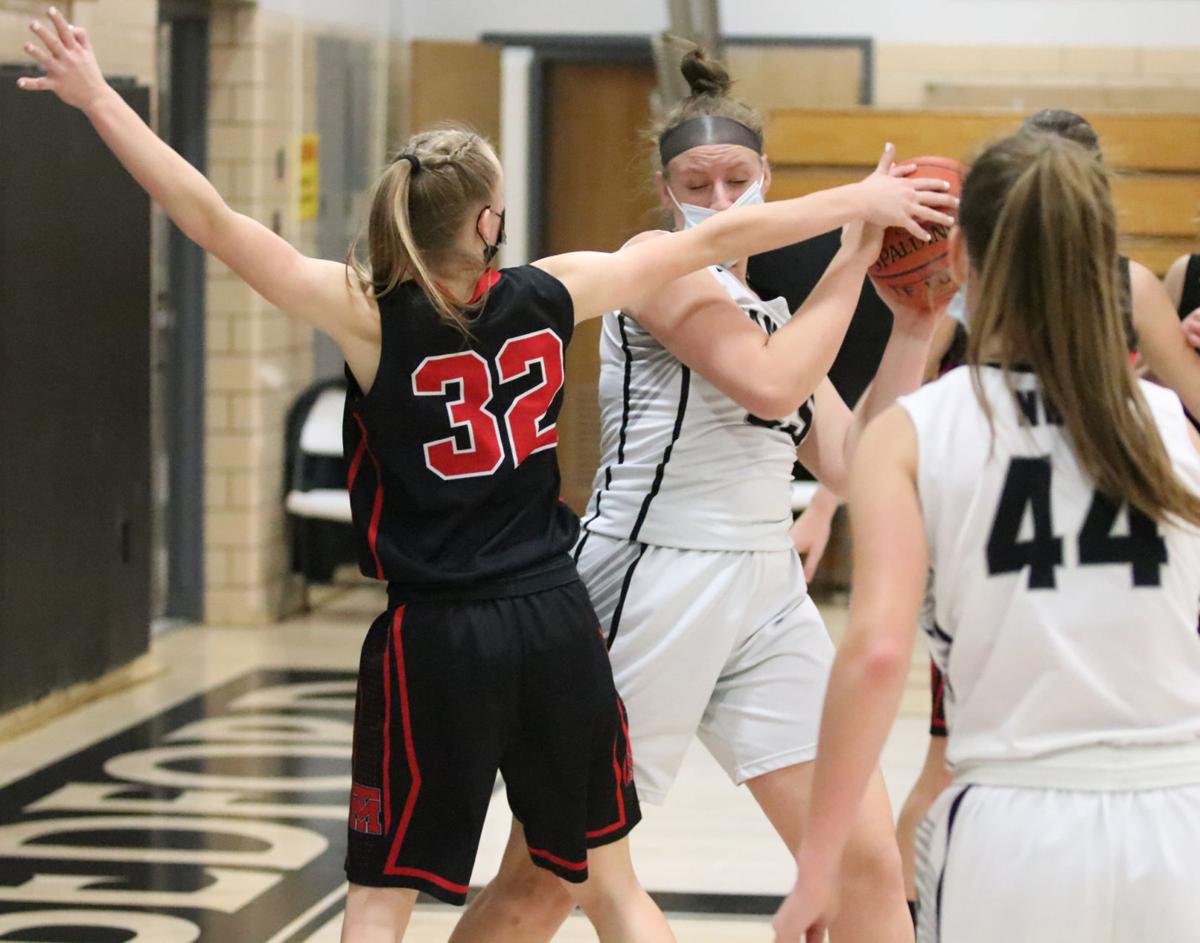 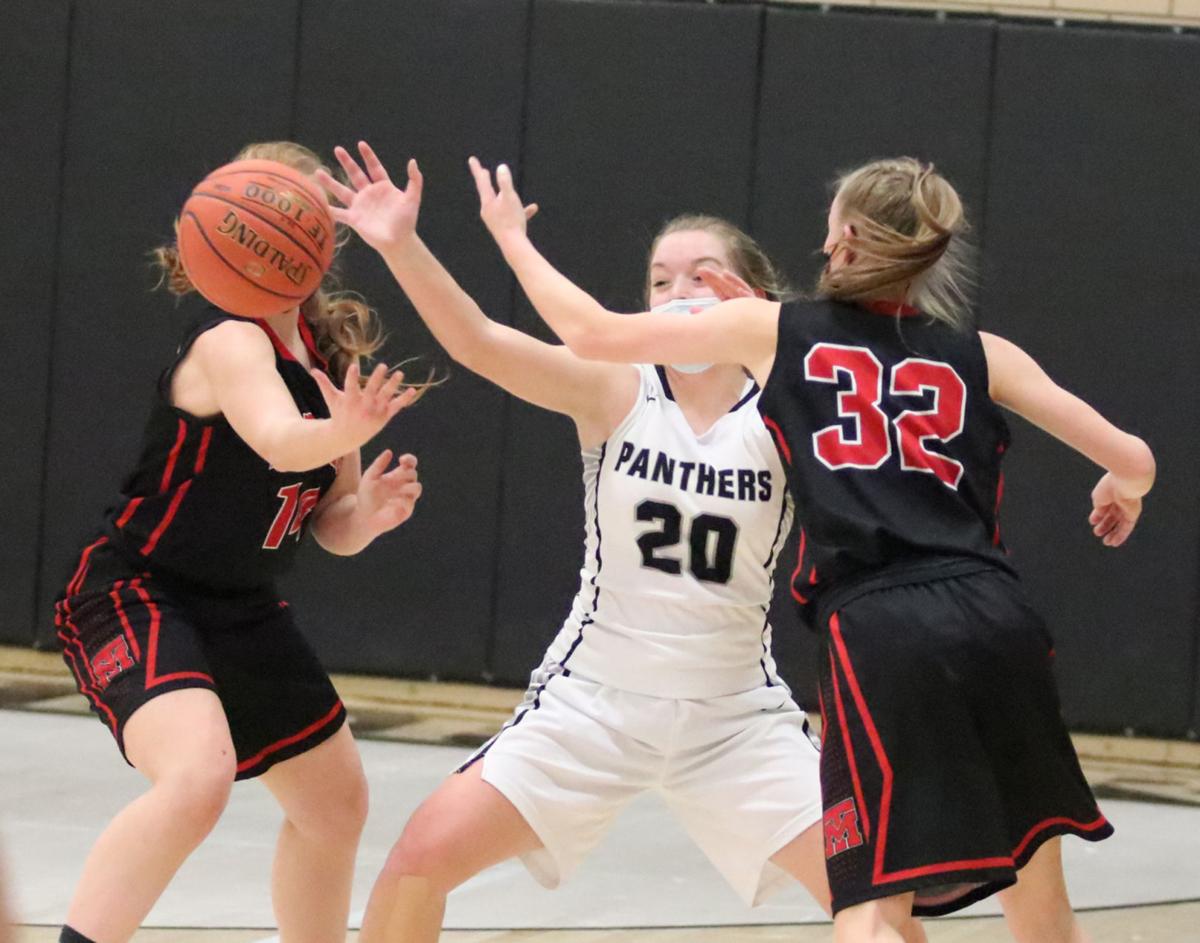 Northern Bedford’s Olivia Higgins, center, fights with Tussey Mountain’s Abbie Weaver, left, and Meghan Molosky over the ball during the first half, Friday.

Northern Bedford’s Olivia Higgins, center, fights with Tussey Mountain’s Abbie Weaver, left, and Meghan Molosky over the ball during the first half, Friday.

LOYSBURG — The last time Tussey Mountain and Northern Bedford faced one another, it was a blow-out victory for the Lady Titans.

Since then, the Lady Black Panthers have been constantly improving and that improvement was on display in Friday night’s ICC contest.

The hosting Lady Black Panthers held the Lady Titans scoreless in the second quarter to trail by five points at the half, 15-10. However, the Lady Titans persevered and held off the hosts, 45-37.

“We struggled early on defensively,” said Northern Bedford coach Jon Ewart. “I was pleased with our defensive effort after that. It got late, and we had to foul a bunch. Kudos to them for making the foul shots.

“We’ve improved on the last time. That was one where we said about having short-term memory loss. Get in, it’s over, don’t think about it. We’re trying to build confidence, and we’re getting to the point they can realize they can play with some people. I think tonight was a nice game that helped prove that.”

Abbie Weaver and Meghan Molosky opened the game for the visitors with a 7-0 run before Northern Bedford’s Ashley Kichman put the hosts on the board.

Tussey’s final bucket of the first half was scored with 8.5 seconds left in the first quarter. Tussey Mountain’s next bucket would not come until 12 seconds into the second half.

Kichman and the Hall sisters scored a combined eight points to stay in the game, 24-18.

Tussey Mountain outscored the hosts, 4-3, as the third quarter finished, 28-21.

Makayla Hall scored a pair of free throws and got a steal and scored on a lay-up to kick off an NBC scoring run. Lydia Hall was fouled, and the Lady Black Panthers scored on both free throw attempts to cut the deficit to nine points with 4:55 remaining, 37-28.

The hosts cut the deficit down to seven points with a pair of Kichman buckets after a pair of Lady Titan free throws.

Tussey Mountain added six free throws on 12 attempts, while the Makayla Hall and Emily Heck added five points for the hosts as Tussey Mountain held on for the 45-37 victory.

“We’re leaving with a win, that’s all that matters,” said Tussey Mountain coach Todd Gates. “That’s a couple of games in a row where we would go into a stretch and we couldn’t score. We went a quarter and a couple of minutes without scoring. We can’t do that. We’ve got to get that out of our system.

Tussey Mountain played Everett on Monday and the Lady Titans’ next game will be at Southern Fulton on Wednesday.

Northern Bedford hosts Southern Huntingdon on Monday and will hosts Everett on Thursday.