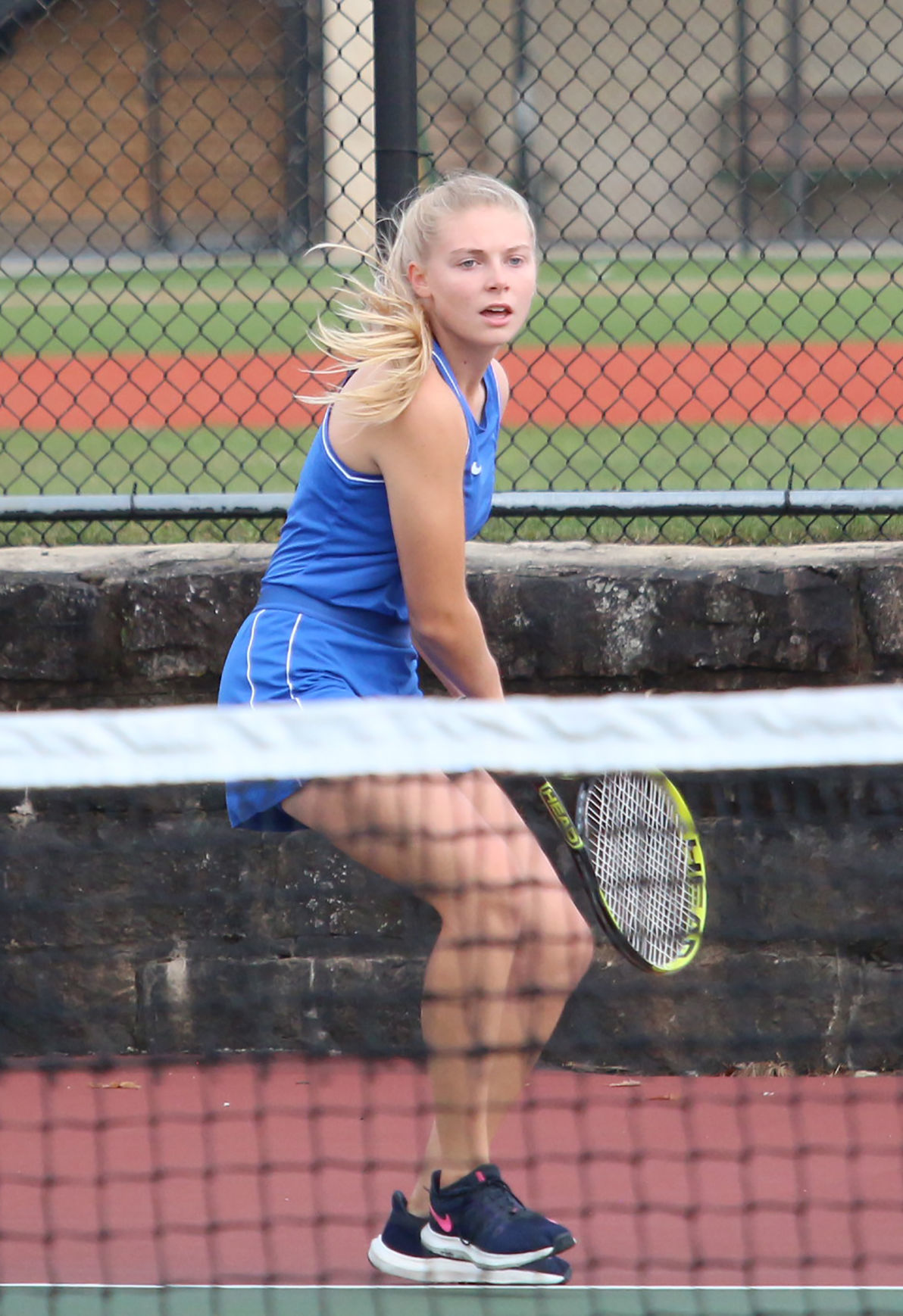 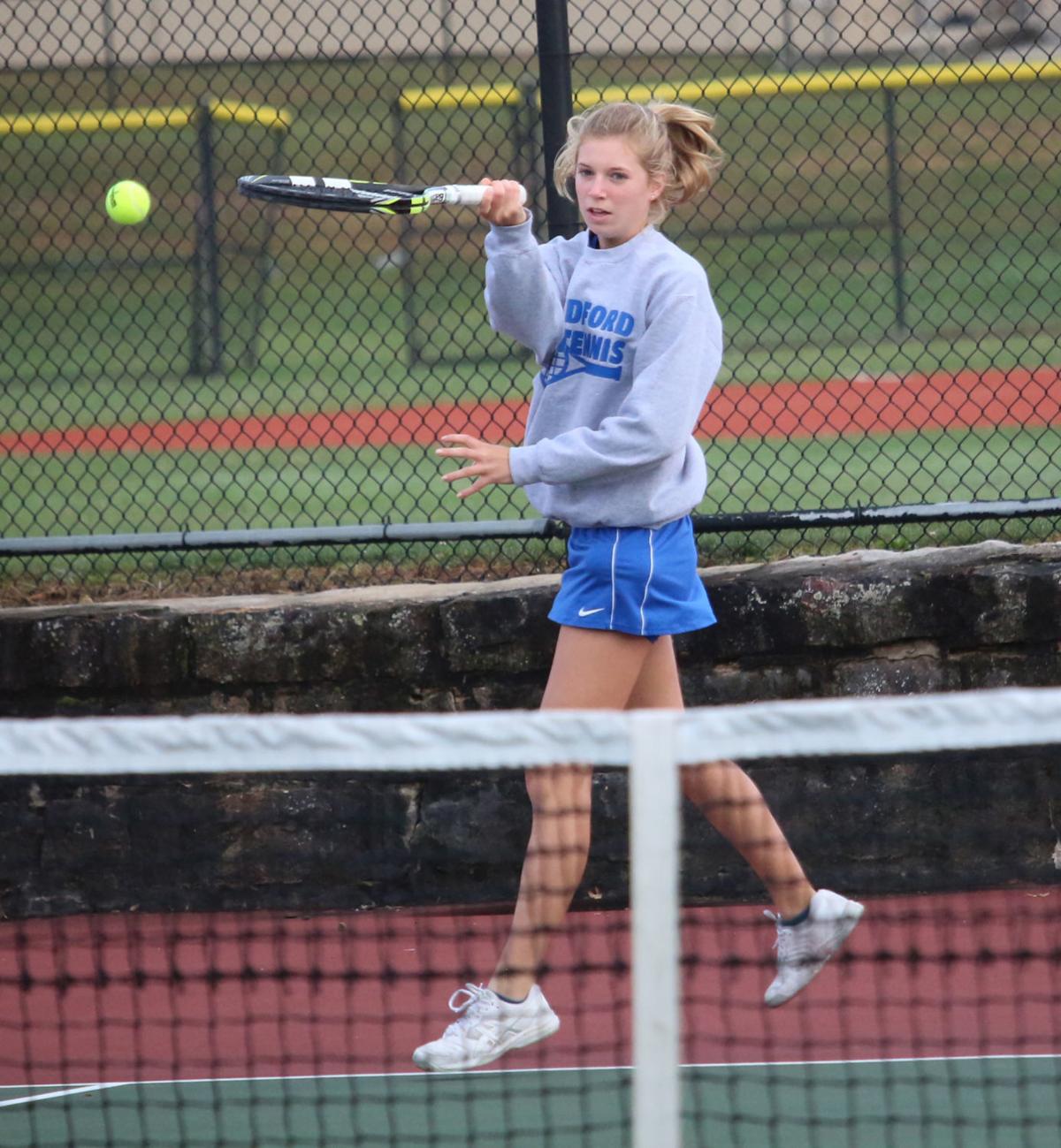 Bedford’s Josie Shuke makes a return along the baseline during her opening round match during Tuesday’s District 5 Singles Tournament at Somerset. 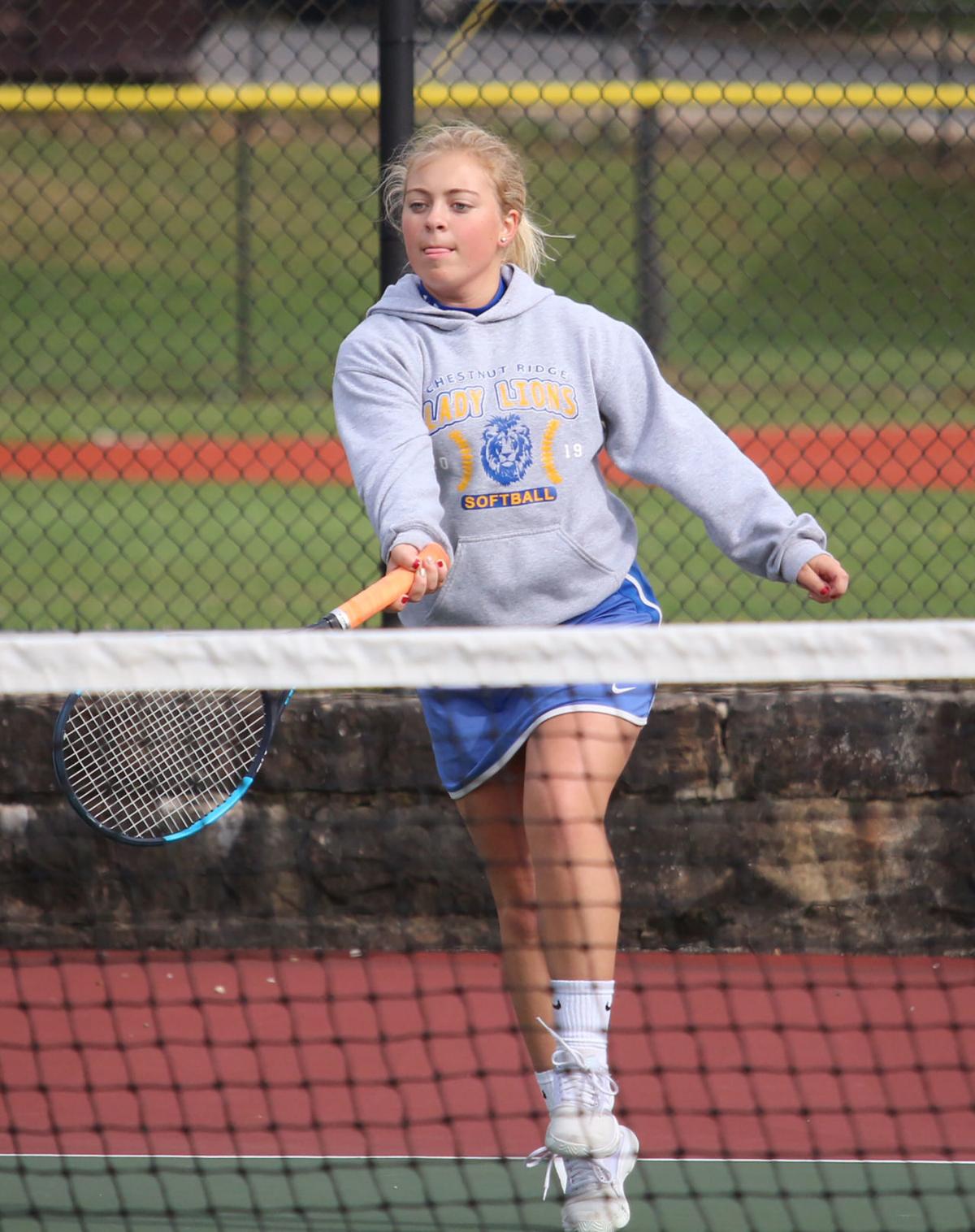 Chestnut Ridge’s Delana Kissell runs to runs to the net during her quarterfinal match during Tuesday’s District 5 Singles Tournament at Somerset. 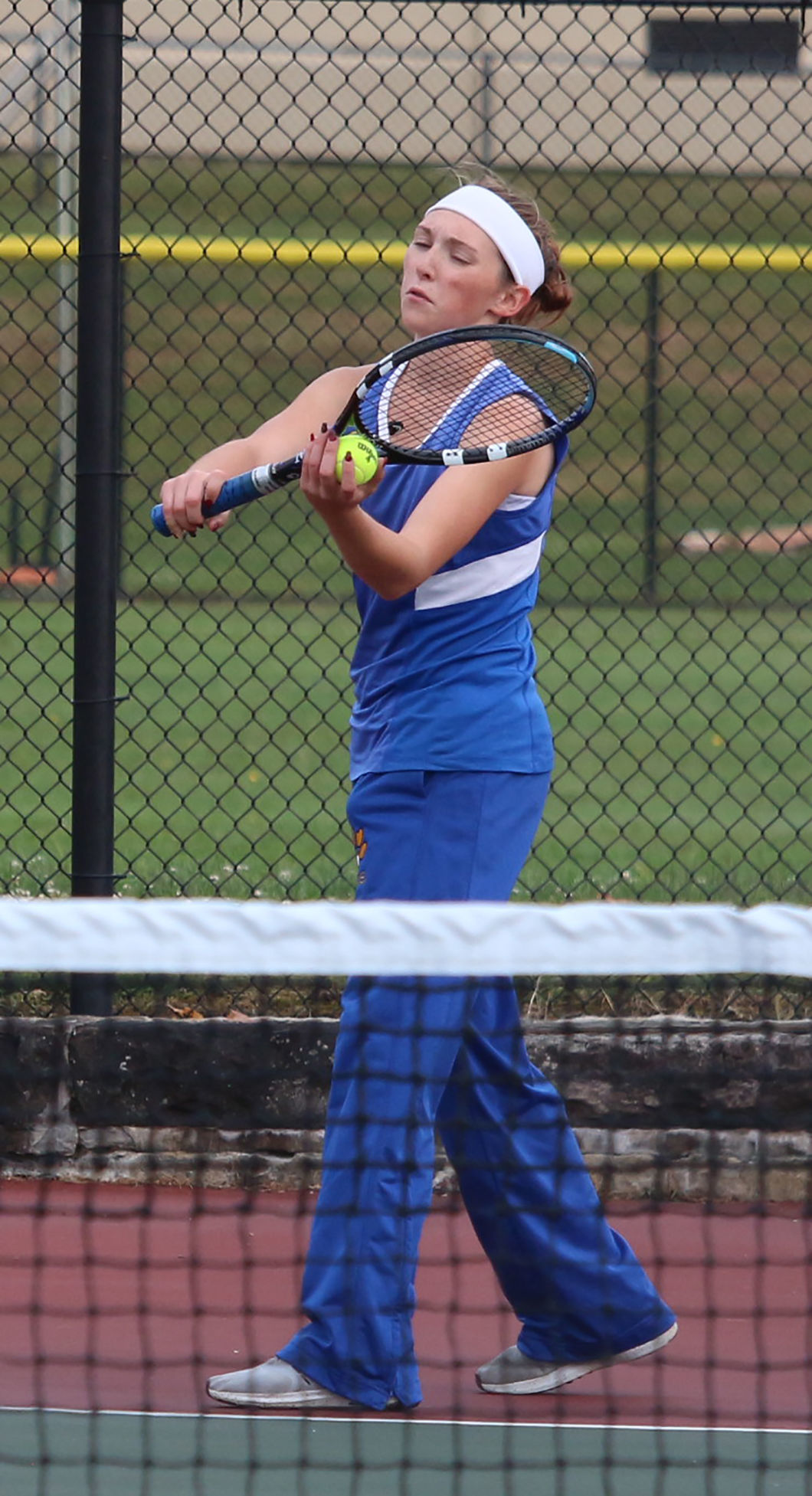 Chestnut Ridge’s Hannah Smith serves during her quarterfinal match against Shanksville’s Avery Custer at the District 5 Singles at Somerset, Tuesday.

Bedford’s Josie Shuke makes a return along the baseline during her opening round match during Tuesday’s District 5 Singles Tournament at Somerset.

Chestnut Ridge’s Delana Kissell runs to runs to the net during her quarterfinal match during Tuesday’s District 5 Singles Tournament at Somerset.

Chestnut Ridge’s Hannah Smith serves during her quarterfinal match against Shanksville’s Avery Custer at the District 5 Singles at Somerset, Tuesday.

SOMERSET — For the second consecutive year,Bedford’s Emily Ruhlman and Josie Shuke squared off against one another to see who would be crowned as District 5 singles champion, Tuesday.

The tournament was pushed back a day following rain in the area and the two made somewhat quick work to meet one another in the final.

Shuke’s day opened in the opening round, securing a 10-0 victory against Shanksville-Stonycreek’s Annalina Brant. She struggled initially against Somerset’s Abby Rosman, who was seeded second. The two kept the score close, with Rosman leading in the early stages, 2-1, but the Lady Bison took control to jump ahead 4-3. The pair kept splitting games at change overs before Shuke won the final three games for a 10-6 victory.

She shook off the quarterfinal match in the semifinals, dropping just three games to Windber’s Abby Hanley, winning 10-3.

Ruhlman’s day began at in the quarterfinals with a 10-0 victory over Windber’s Baylee Wojcik. She also blanked Chestnut Ridge’s Hannah Smith, 10-0, in the semifinals to secure her spot in the final against Shuke.

Ruhlman opened the final against her teammate with a 5-0 lead before Shuke staved off set-point before taking the next two games, cutting the deficit, 5-2. Ruhlman took the first set on the following game, breaking Shuke’s serve, 6-2.

After opening with a Ruhlman 1-0 lead, Shuke took a game to cut the deficit, 2-1.

“Emily played very strong today,” said Bedford coach Deb Rose. “She was confident and played competitive for all of her matches.

“We were extremely pleased with Josie’s play, upsetting Somerset’s No. 1 singles player and following through to the finals. It’s always wonderful when you take first and second.”

Ruhlman pointed out how lighthearted her and Shuke played in the final.

“We were laughing the whole time,” Ruhlman explained. “We weren’t taking it too seriously. I knew her weaknesses and she knew mine.

“It feels nice. It’s nice it’s the second year I got to play someone from Bedford. It’s fun and not much pressure. I’m excited for states.”

Both Bedford and Chestnut Ridge play on Wednesday in the district team competition.

The Lady Golden Eagles will host the District 5 Doubles Tournament next Monday, with a rain date set for Tuesday.