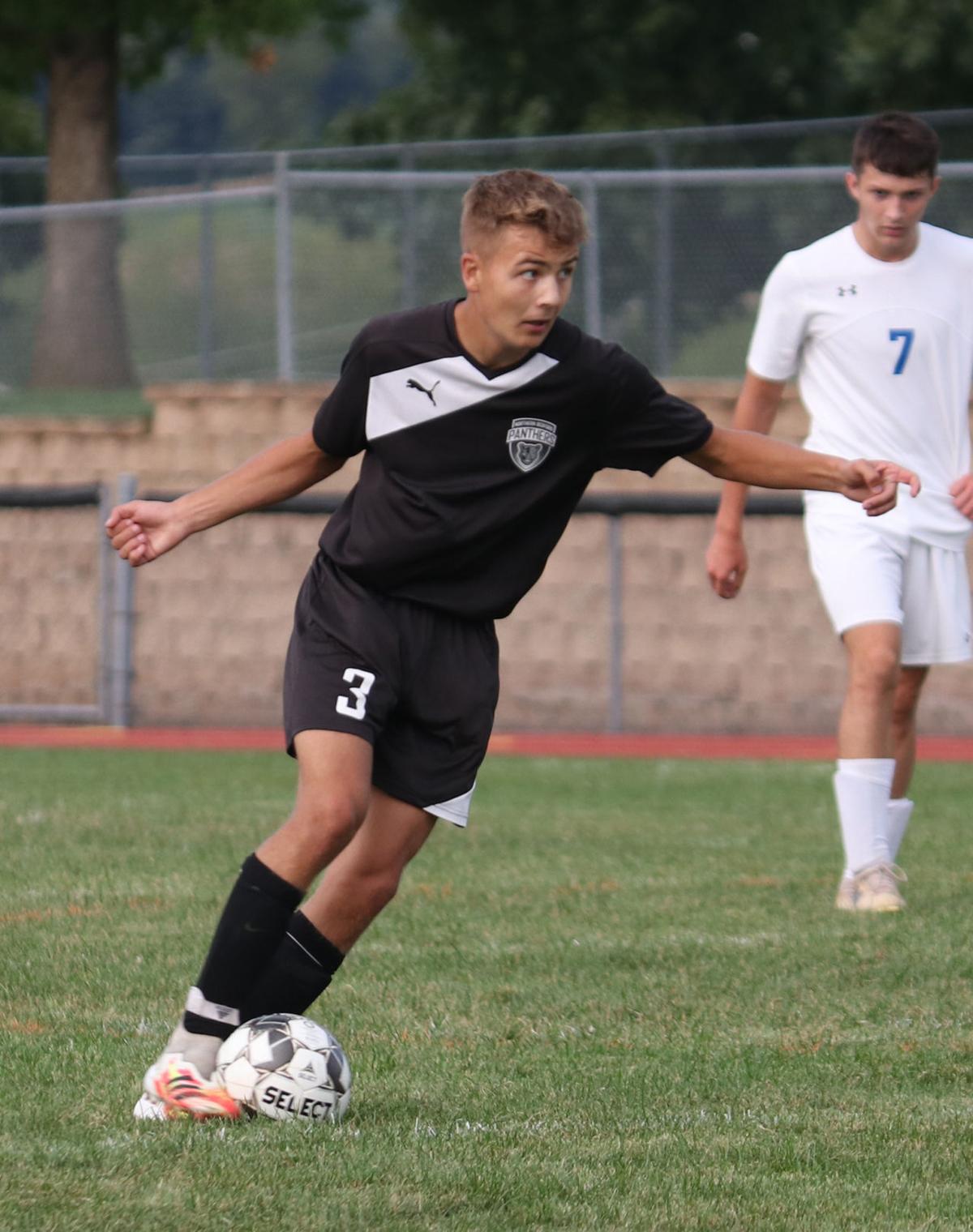 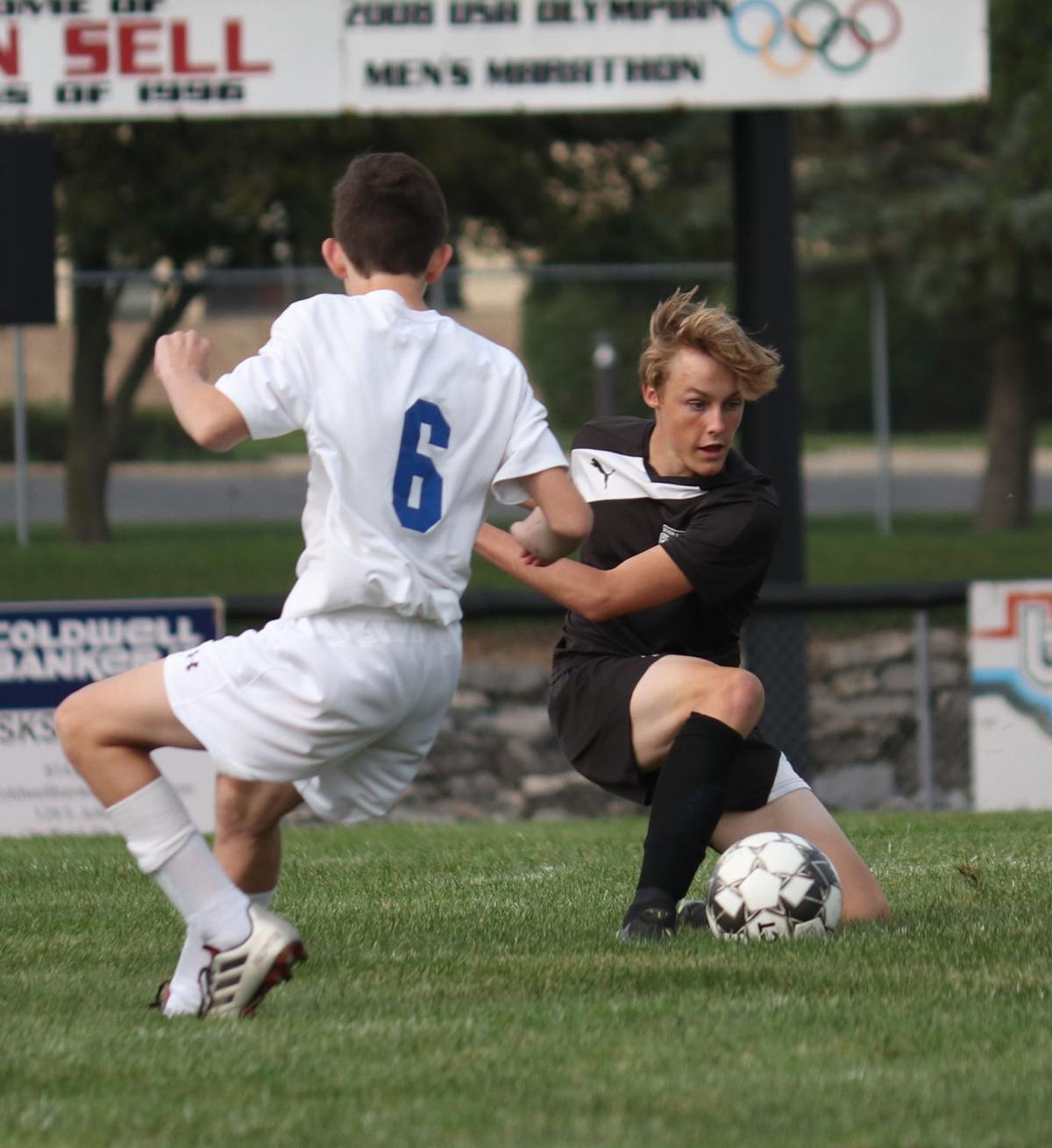 Northern Bedford's Levi Wiedemann, right, falls as he tries to boot the ball down the field during the first half, Monday. 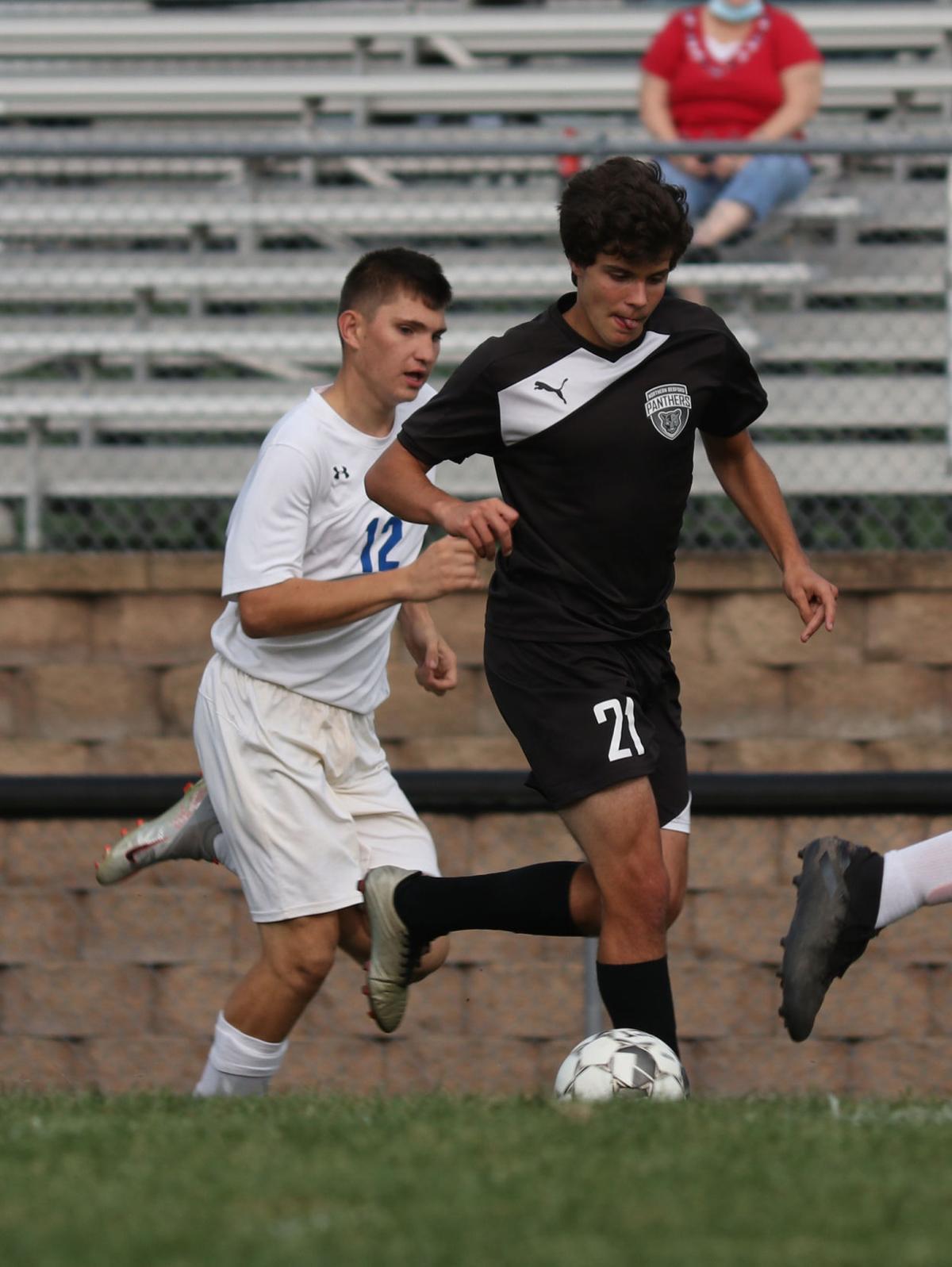 Northern's Collin Yeatts dribbles the ball down the field in Monday's 6-1 victory over Forbes Road.

Northern Bedford's Levi Wiedemann, right, falls as he tries to boot the ball down the field during the first half, Monday.

Northern's Collin Yeatts dribbles the ball down the field in Monday's 6-1 victory over Forbes Road.

After starting out shaky, the Northern Bedford boys’ soccer team turned it around in the second half to upend Forbes Road, 6-1, Monday.

Despite a shaky first half, the Black Panthers held 2-1 until there was five minutes left in the game. From there, the hosts put up four unanswered goals by four different players.

Evan Coffey booted the Black Panthers’ third goal past Clippinger with 5:08 left in the game. He was assisted by Levi Wiedemann.

With 3:35 left in the game, Wiedemann was assisted by Collin Yeatts, and the Black Panthers were ahead, 4-1.

Just seconds later, Cody Miller booted in the locals’ fifth goal, this time unassisted, pushing the Black Panthers ahead, 5-1 with 3:18 remaining. He later assisted Reyan Imler on Northern Bedford’s final goal of the game, scoring with 2:05 left in the game.

“It’s nice to start out 2-0 for the year,” said Northern Bedford coach Marcus Yeatts. “This is the first time in a while we’ve started out 2-0.

“Our third goal seemed to take the wind out of them. We knew we needed to get a third goal. Their goalie (Matt Clippinger) played really well.”

The last time the Black Panthers opened the season 2-0 was back in 2014.

The game opened with Northern dominating possession of the ball, but they were not generating a lot of offense with many missed passes in the midfield.

Four minutes into the game, Collin Yeatts scored unassisted with 36:14 left in the opening period.

Coffey was assisted by the younger Yeatts with 10:30 left on the clock to push the locals ahead, 2-0, at the half.

Collin Yeatts was tripped inside the box as he charged to the goal as the second half opened, but his penalty kick went over the goal.

Later in the second half, Forbes Road was awarded a penalty kick after a Cardinal went down inside the box as both teams fought over the ball. Brady McClure took the penalty kick and his initial attempt was knocked away by the Northern Bedford keeper, but he got the rebound past the Black Panther to cut the deficit in half, 2-1, with 12:02 remaining in the game.

Northern opened the year on Saturday with a 4-2 victory over Central. Wiedemann and Imler put the locals ahead, 2-1, at the half with first-half goals, while Austin Bartholow and Collin Yeatts added second-half scores to secure the 4-2 win.