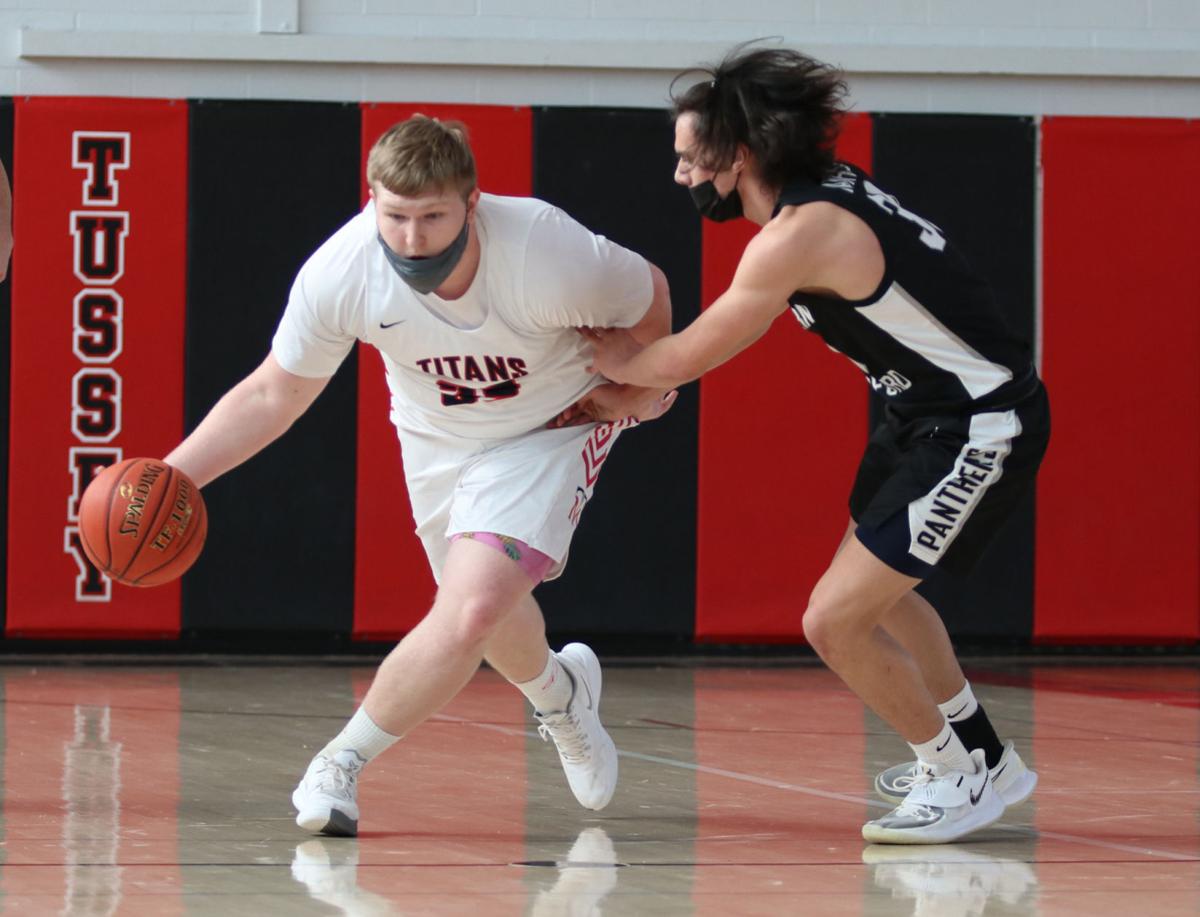 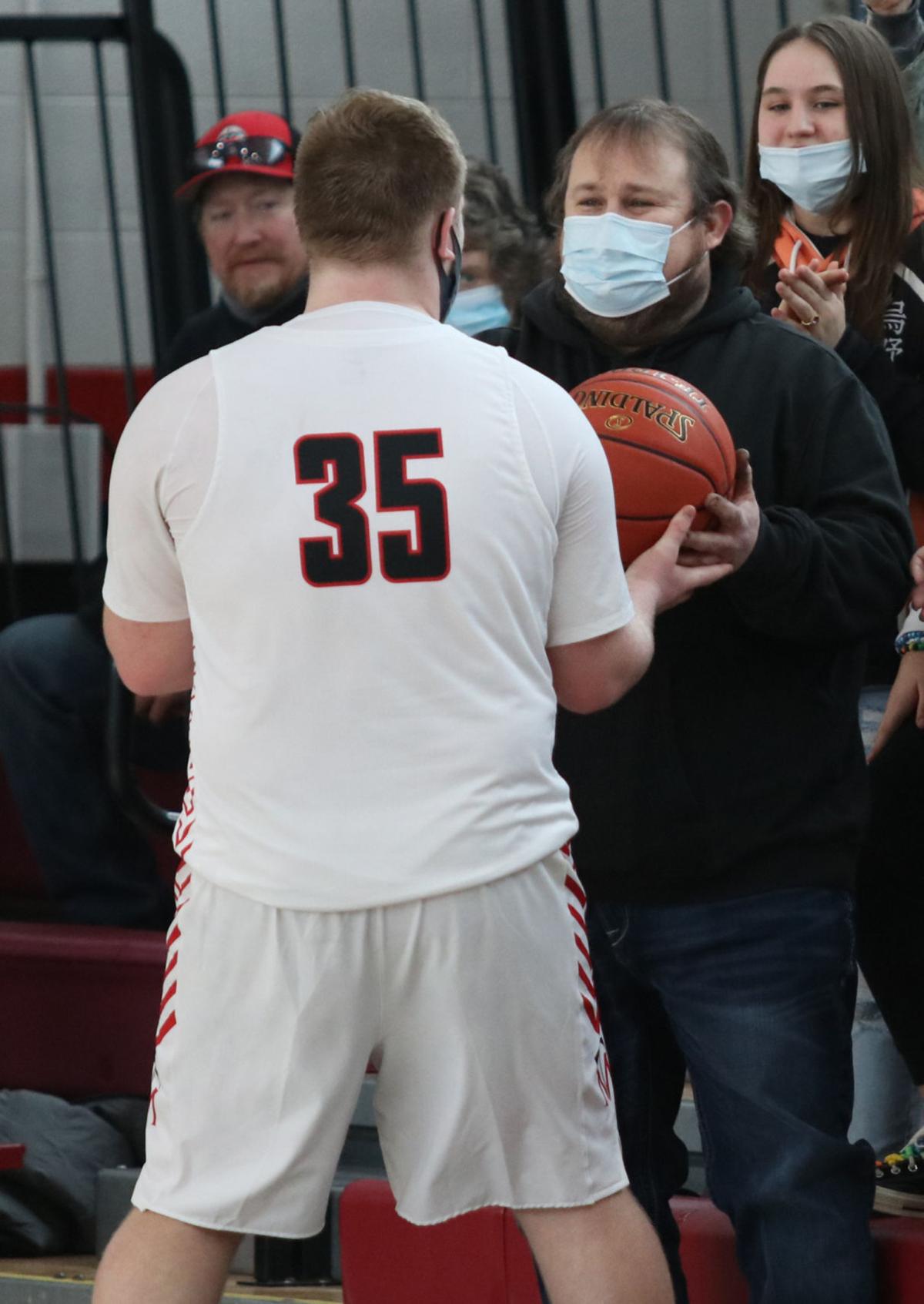 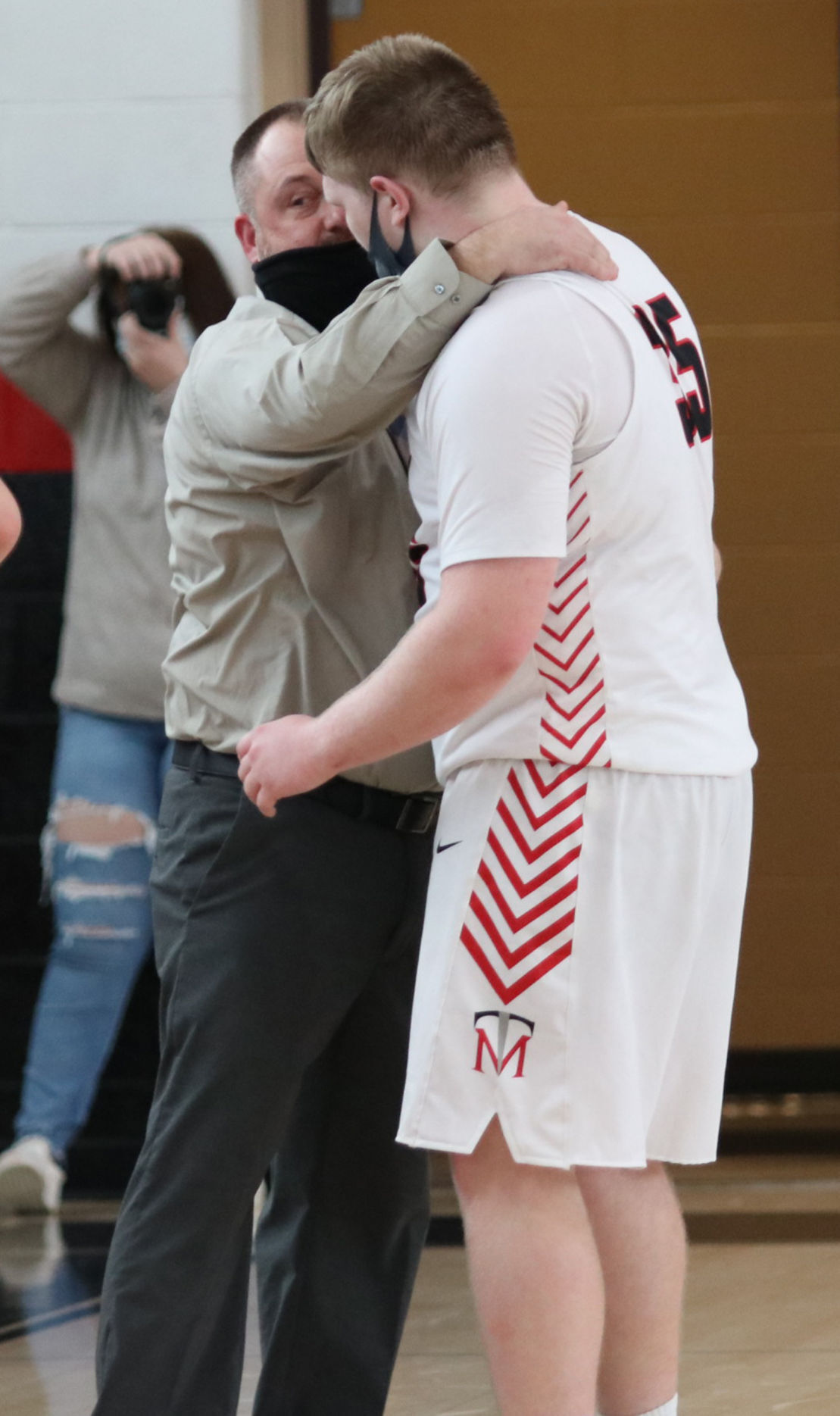 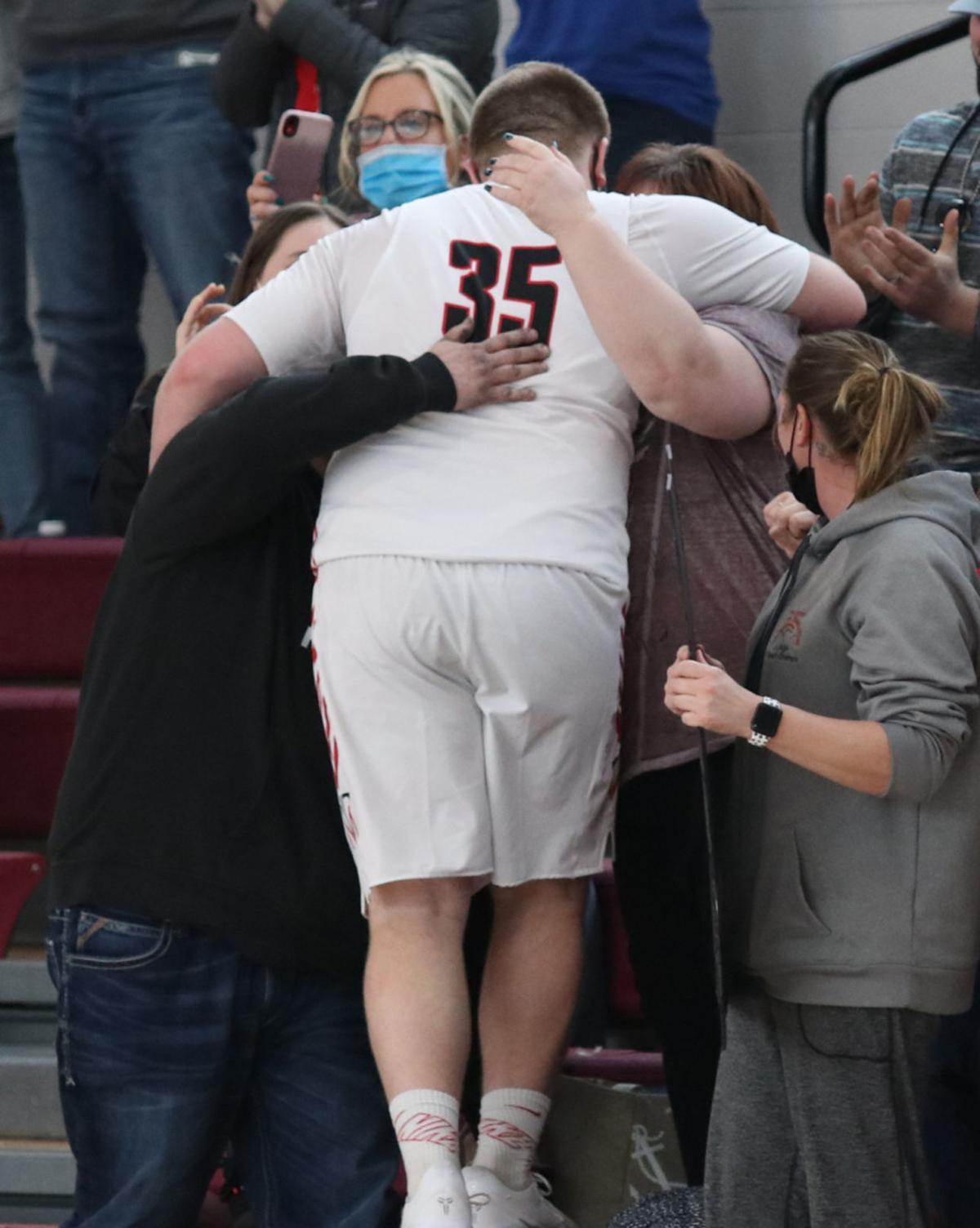 SAXTON — There is a long-standing tradition that surrounds the Tussey Mountain boys’ basketball team that dates back to the beginning.

On Saturday, senior Titan Chad Morningstar solidified his spot in the record books at Tussey Mountain by becoming the most recent Titan to break 1,000 points.

The senior entered the game needing 16 points and each point was a battle, much like the first 984 points he scored. Although the Titans ended up falling, 90-50, to Northern Bedford, Morningstar finished the game with 19 points, pushing him past the 1,000-point plateau.

Morningstar’s crusade for those final 16 points began on the opening Titan bucket of the game, but he was held silent until he added another bucket with 44 seconds left in the second quarter. He then shot a Hail Mary half-court made as the final buzzer sounded to sit nine points away.

He was later fouled as he scored inside the paint, but the free throw was no good. Following a three-pointer and a bucket, Morningstar scored a three-pointer from the left corner with 2:05 remaining in the third quarter to put the senior at 1,001 points.

“It was on my mind,” Morningstar said about knowing he was that close. “It’s disappointing that we lost. Hopefully we get back at it next week.”

He added two free throws at the end of the game as he now sits at 1,003 points.

“It’s a lot of weight off of my shoulders,” the Tussey Mountain senior noted. “I couldn’t have done it without my team over the last four years. I’m just happy to be able to get it and be able to join all of the great people up on the banner.”

Morningstar becomes the 23rd Titan to score 1,000 points in the school’s history.

“Chad’s every coach’s dream. He’s the best kid,” Molosky said of Morningstar. “I’ve been coaching him in something since the seventh grade, whether it’s basketball or football. He’s like a son to me. He calls me dad and calls my daughter sister. He’s the perfect example of a team player. He would have rather not get his 1,000th (point) tonight and would have gotten the win instead.

“He’s there for me in the summer if I need help with elementary or junior high. He’s the best kid you’d ever want to be around.

Morningstar has been a four-year starter for the Titans, having played basketball under both Molosky and Jeff Swope. The Titans won the Inter-County Conference Championship last year after upending West Branch, 55-39.

Morningstar has been playing the sport for close to seven years and wanted to take the time to thank those who helped get him to the milestone.

“I need to thank my family. Most of all, if it wasn’t for them it would never have happened,” he noted. “My friends, everyone who helped me along the way, and my coaches.”

Morningstar also said that his future plans include going to college, and he’s hopeful to continue his football career while doing so.