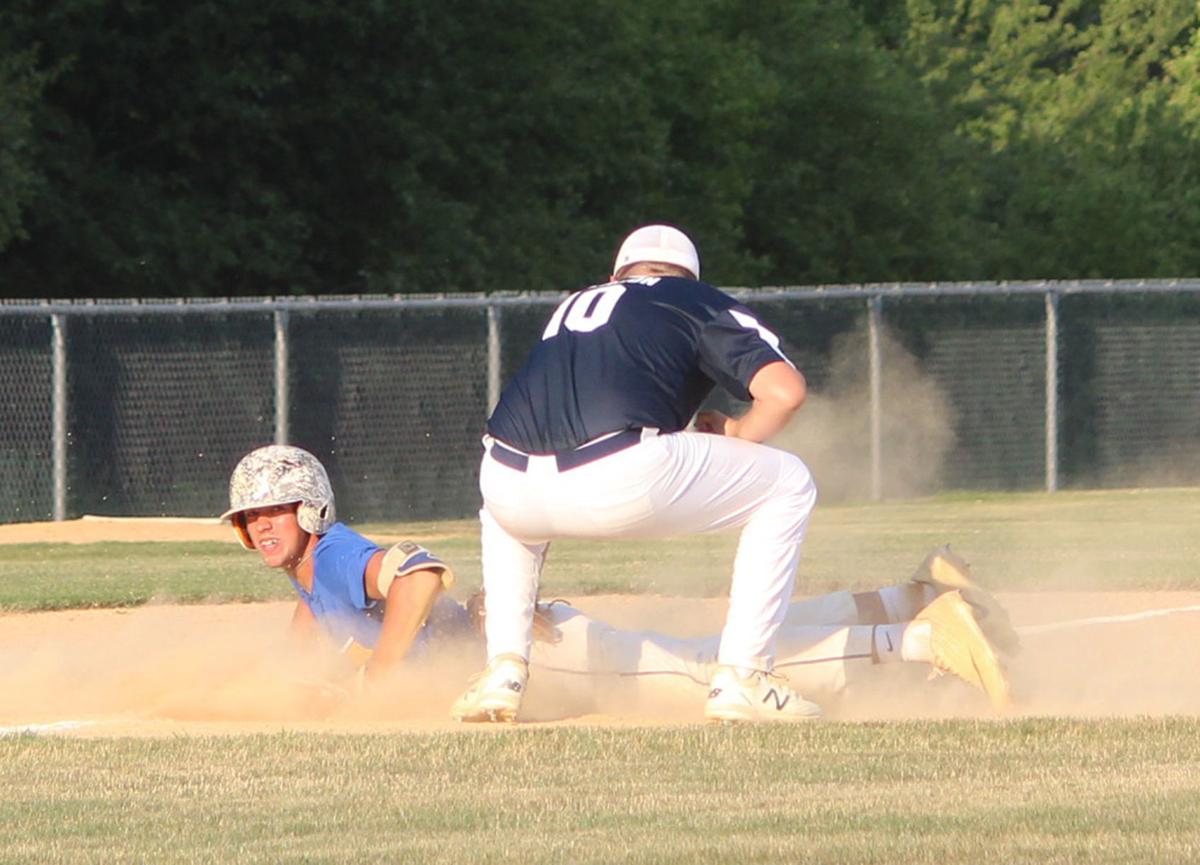 Claysburg’s Corey Chamberlain looks up after sliding into third for a triple in the third inning of Claysburg’s win, Friday. 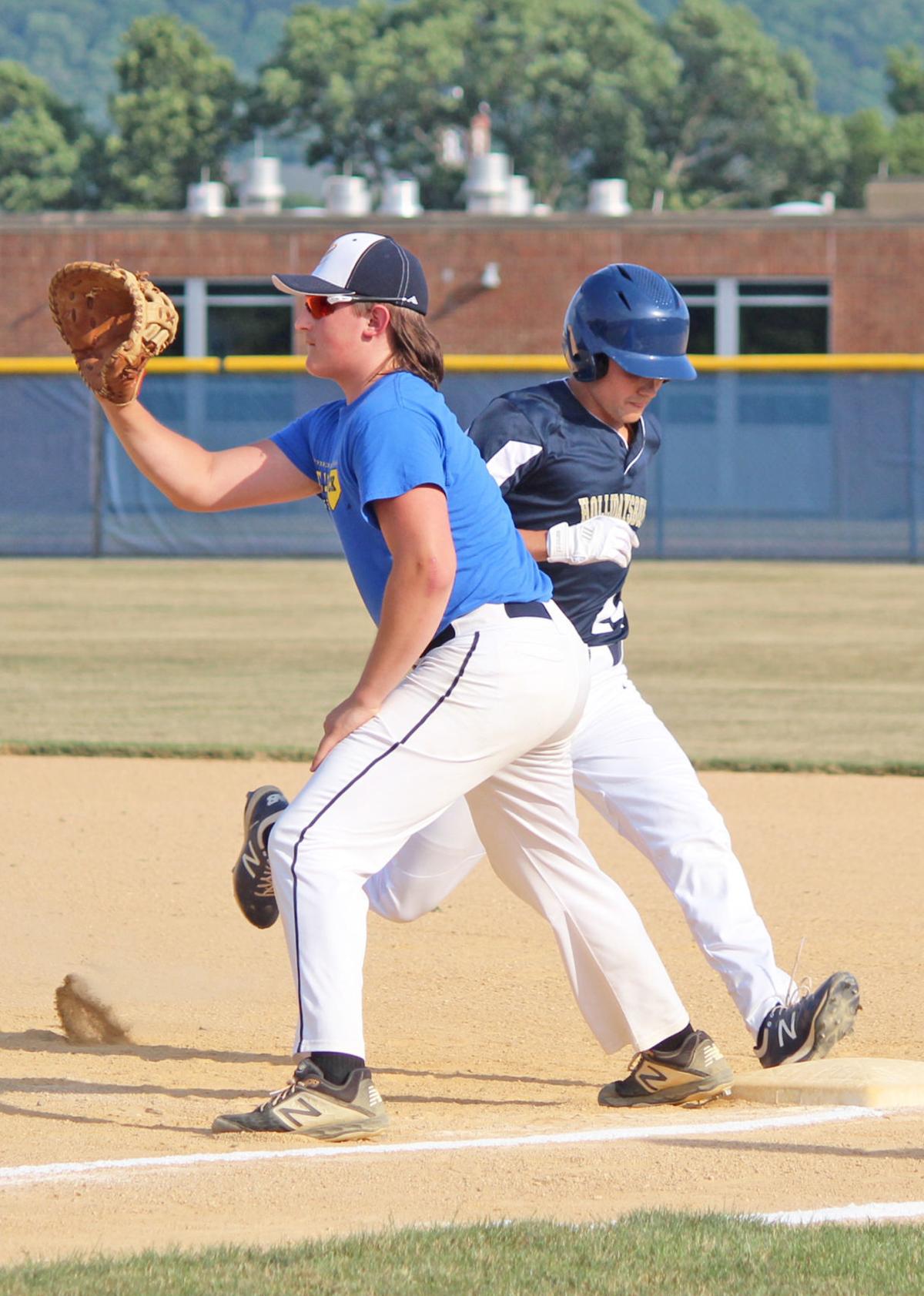 A Hollidaysburg runner, back, gets to the base as Claysburg’s Dylan Focht awaits a pickoff throw attempt in the Bulldogs’ win over Hollidaysburg, Friday. 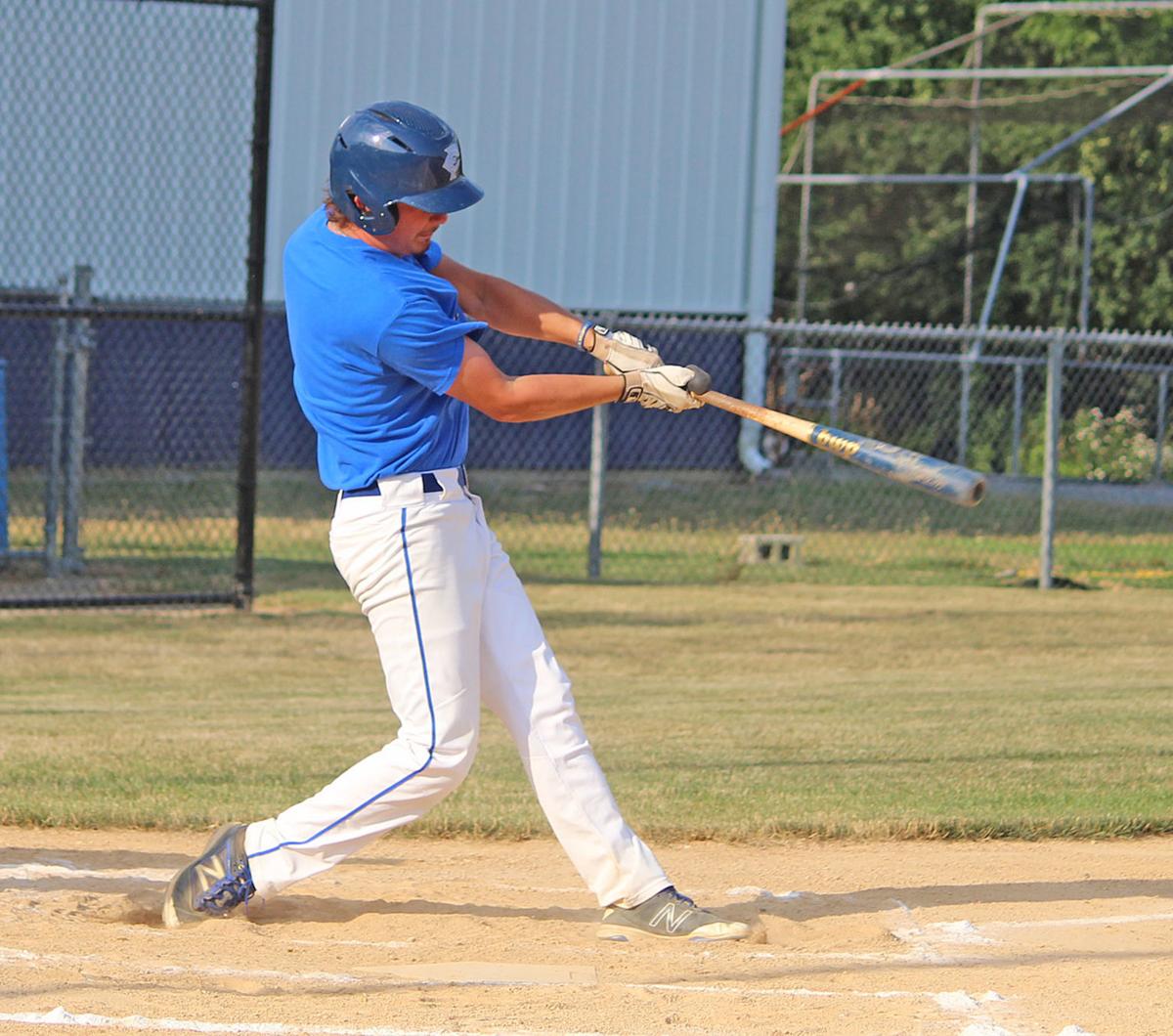 Claysburg’s Kyle Glass lines a single in the second inning of the Bulldogs’ win over Hollidaysburg, Friday.

Claysburg’s Corey Chamberlain looks up after sliding into third for a triple in the third inning of Claysburg’s win, Friday.

A Hollidaysburg runner, back, gets to the base as Claysburg’s Dylan Focht awaits a pickoff throw attempt in the Bulldogs’ win over Hollidaysburg, Friday.

Claysburg’s Kyle Glass lines a single in the second inning of the Bulldogs’ win over Hollidaysburg, Friday.

HOLLIDAYSBURG — It was not the type of start to the game that Claysburg coach Dave Aungst was hoping for, but his Bulldogs came up big at the plate with 14 hits in a 10-5 win over Hollidaysburg, Friday evening.

After the last-second shift in fields, the Bulldogs dug themselves a little deeper of a hole by trailing 2-0 going into the bottom of the second. However, Claysburg scored four runs in the second inning and never looked back in the win.

In that second inning, Hunter Emerick led off with a single before Corey Chamberlain walked. After a strikeout, Jacob Eberlin beat the throw to first for an infield hit to load the bases. Dylan Focht lined a single to left and Tanner Hall walked to tie the game at 2-2.

The Bulldogs weren’t finished yet. Kyle Glass bounced a singled up the middle as the two Hollidaysburg middle infielders collided into each other, allowing Eberlin to score. Focht scored on a fielder’s choice off the bat of Connor Oakes for the 4-2 lead.

Hollidaysburg got one of those runs back in the third inning, but Claysburg answered with a run of its own. Chamberlain tripled to right-center field and scored on another infield single by Eberlin.

Claysburg took control with three runs in the fourth inning. Glass reached on an error, and one out later, Caleb Gampe singled to right with Glass racing around the bases as the ball got past the outfielder. With Gampe on third, Emerick walked and stole second. Chamberlain grounded out to plate Gampe, and Seth Musselman went the opposite way for a single to bring in Emerick for the 8-3 lead.

Dawson Rightenour got the start on the mound for the Bulldogs, and he got in some trouble in the top of the fifth. After allowing the first two batters to reach on singles, he got the next two batters to fly out. It appeared that he would get out of the inning unscathed, but a fly ball to left popped out of the glove of a Claysburg outfielder allowing a run to score. Another run scored on a wild pitch cutting the lead to 8-5.

Chamberlain came into pitch, and got a strikeout to end the inning. Chamberlain faced eight batters to finish the game and allowed only one baserunner as he hit a Hollidaysburg batter.

Claysburg added two more runs in the sixth inning. Chamberlain and Musselman singled to start the inning, and they later scored on a bases-loaded walk by Hall and a fielder’s choice off the bat of Glass, which set the final at 10-5.

“Dawson had another nice start for us, and that three for him,” said Aungst. “Corey looked good in relief.

“We had some good, timely hits, and the bats are coming around.”