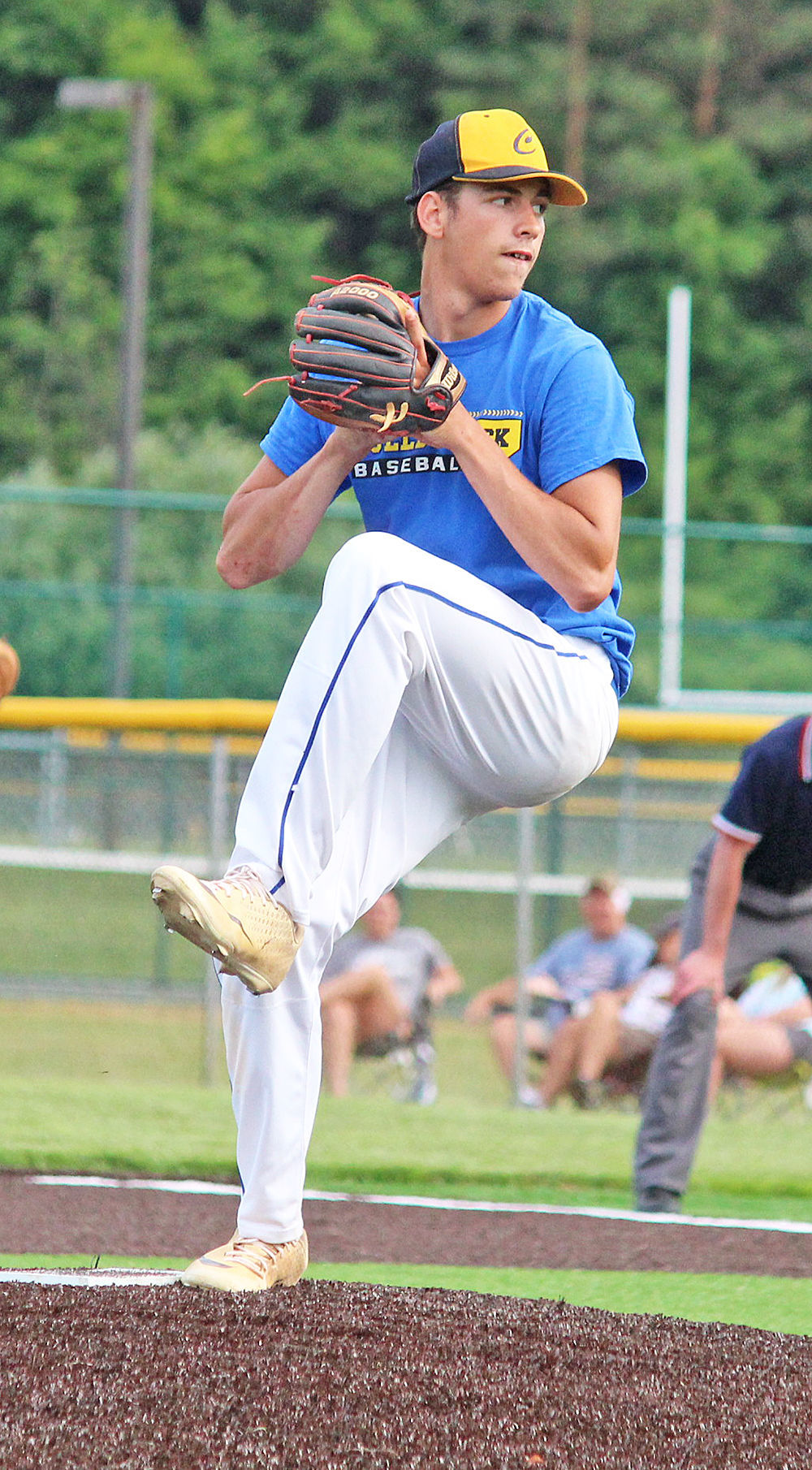 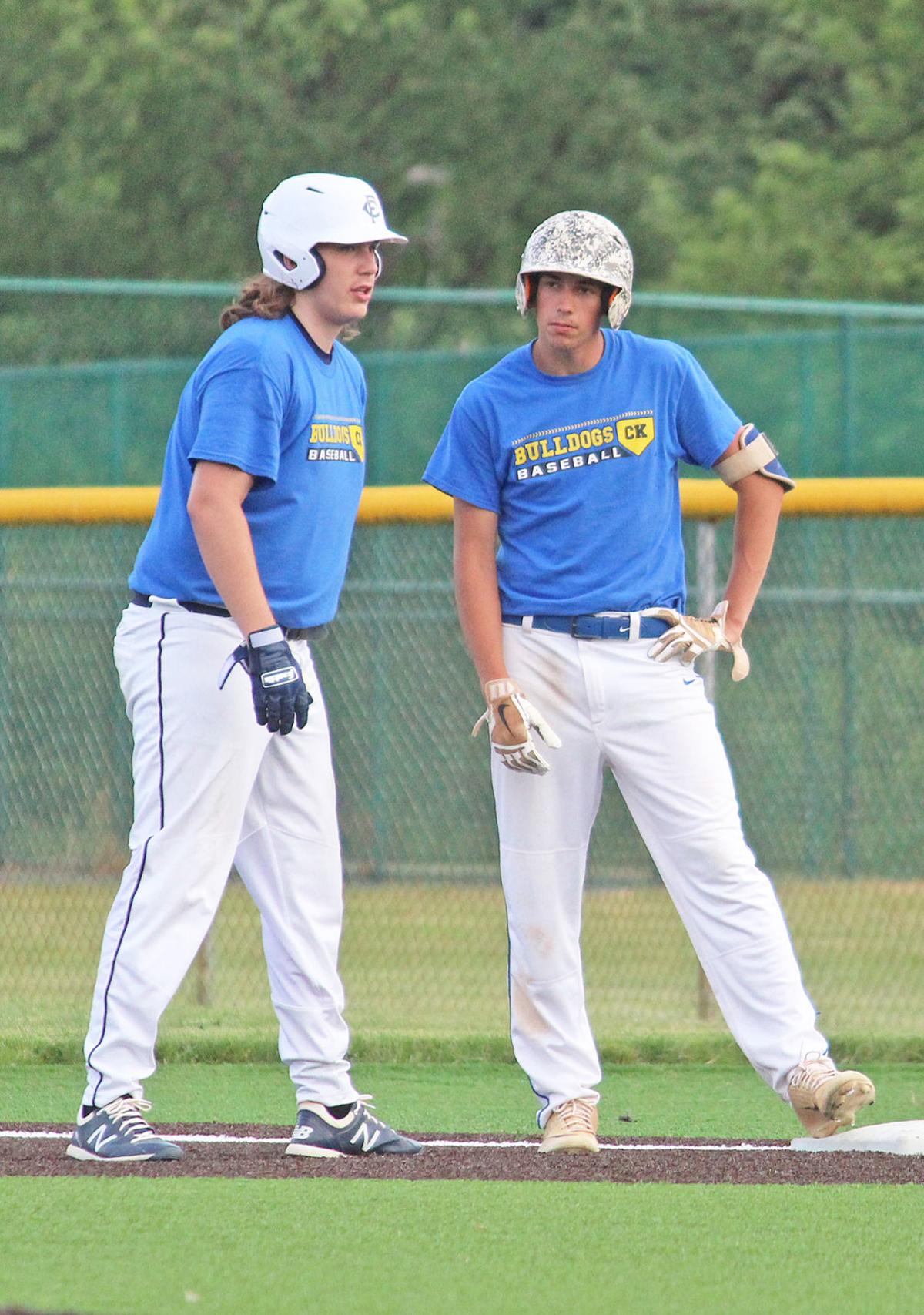 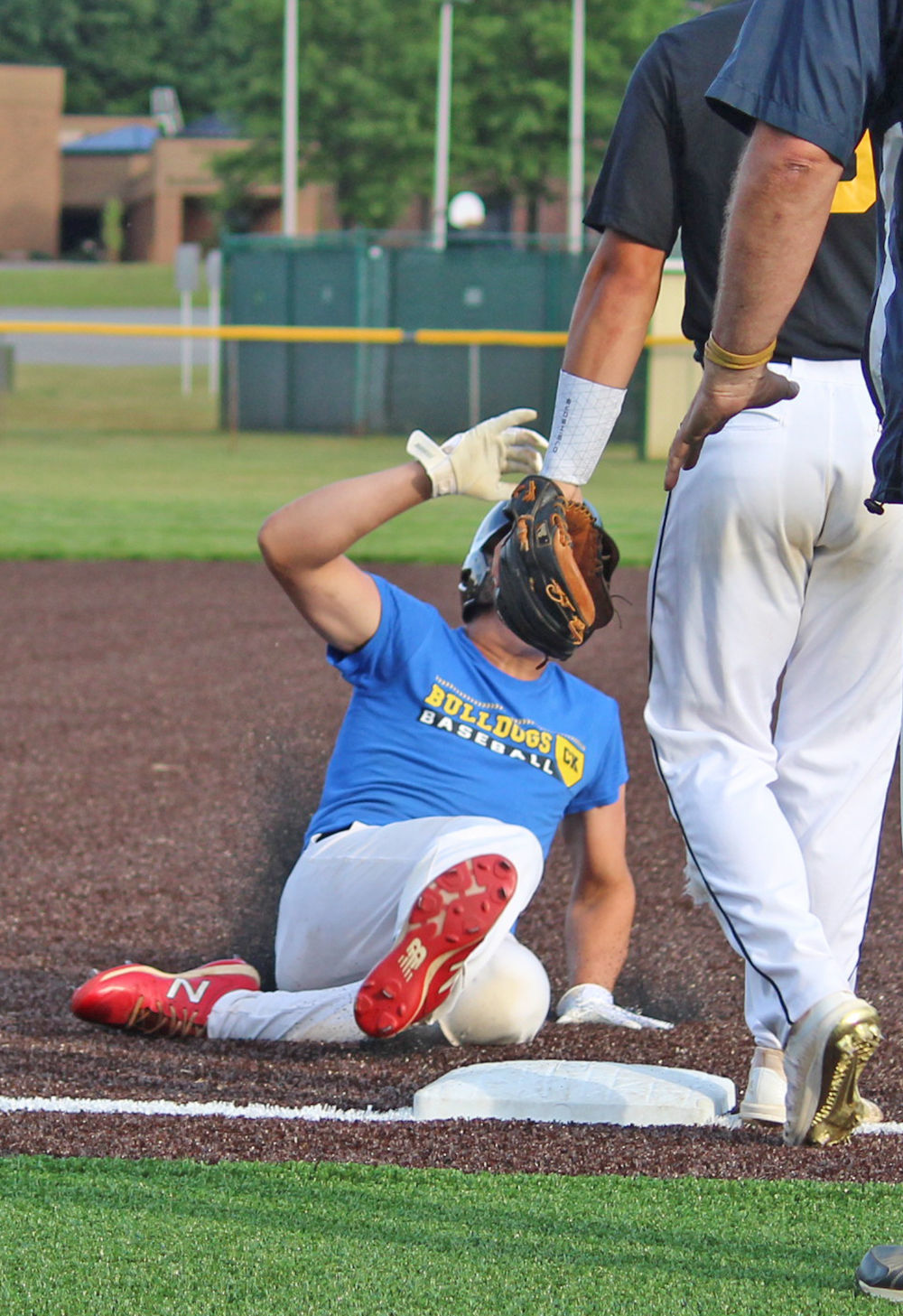 Claysburg’s Tanner Hall slides into third in the fifth inning against St. Michael, Tuesday. He scored a run to tie the game at 1-1. 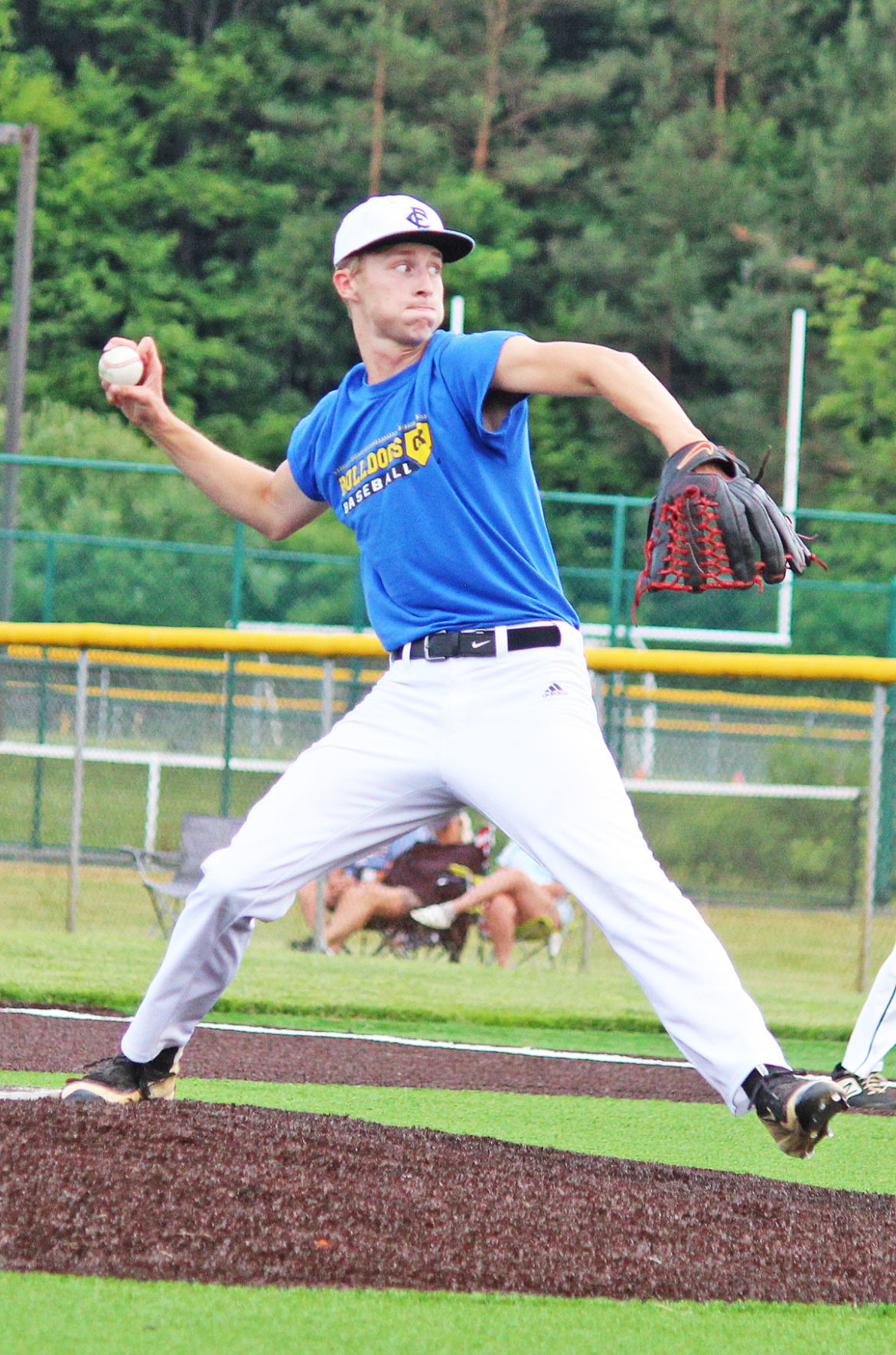 Claysburg’s Tanner Hall slides into third in the fifth inning against St. Michael, Tuesday. He scored a run to tie the game at 1-1.

SIDMAN — Starting a season with three straight losses is not something that the Claysburg baseball team is accustomed to seeing.

However, the Bulldogs went into their game on Tuesday at St. Michael with the 0-3 record in the Cambria County League of the Western Pennsylvania Baseball League, but they left with an impressive 6-2 win in the opening game at the new field at Forest Hills High School.

The Bulldogs put together a strong pitching performance and timely hitting to christen the new field.

One of the bright spots for Claysburg has been the pitching of Dawson Rightenour. He threw a strong game last week in a loss to Dry Run, and he gave up on only two runs in six innings of work on Tuesday. He came in to start the second inning after Claysburg starter Corey Chamberlain left the game as he struggled to get loose.

Rightenour struck out seven and didn’t walk a batter.

“It was a heck of an effort from Rightenour,” said Claysburg coach Dave Aungst. “We picked him up before we started the season. We knew nothing about him. I’m very impressed. With all the travel ball guys, guys who have been throwing everywhere else, some of our top pitchers weren’t available today. He came in and was just outstanding.”

His strong pitching was shown in the sixth inning. With Claysburg leading, 2-1, the Saints got their first two runners on. Kirk Bearjar singled and was replaced on the basepaths by Jude Martyak. He went to second on balk and advanced to third on a single by designated hitter Caleb Sorchilla with Josh Blanchetti coming in to run for him.

Rightenour struck out Chase Hudson and then Zach Myers, who had two hits in his first two at-bats. Pinch hitter Colby Rearick came to the plate, and Rightenour got two strikes on him. Blanchetti took off for second as Rightenour came to the stretch in his pitching windup and balked, sending Marytyak home with the tying run. Rightenour got the strikeout to end the inning.

That seemed to light a fire under the Bulldogs’ bats. Rightenour led off the top of the seventh with an attempted bunt, but the ball sailed over the pitcher’s head. The St. Michael third baseman got to the ball, but the throw to first was high allowing Rightenour to be safe.

After Rightenour got to third on two wild pitches, Kyle Glass hit a grounder to second. St. Michael tried to get Rightenour out at home, but the throw was low and the catcher didn’t handle it to give Claysburg a 3-2 lead. After an out, Caleb Gampe was intentionally walked and Hunter Emerick followed with a groundball to short. The throw to second was dropped to load the bases.

St. Michael had a runner on in the bottom of the seventh with Jake Shope getting his third hit of the game, but that was all as Claysburg took home the win.

“I’ll take these guys to battle any day,” Aungst added. “I know we’re not an 0-3 team. That’s just the way the luck was going.

“This was a little more like we were accustomed to. We got our bats going, and we had our first batting practice before the game today.”

It was a pitching contest early on with Zach Myers throwing well for the Saints. He had seven strikeouts in five innings of work, allowing one run on one hit.

St. Michael had the early lead with a run in the third inning. With one out, Shope double to left-center for the game’s only extra-base hit. He went to third on a wild pitch before Sam Cobaugh was nipped by a pitch. After a pop-up, the Saints tried a double steal. It worked well with Shope scoring on the play and Cobaugh ending up on third as the ball went into center field.

Claysburg loaded the bases with three walks in the fourth, but did not score.

The Bulldogs got on the board in the fifth inning. Hall walked to lead off the inning and Dylan Focht put down a bunt single down the third-base line on the new artificial turf. The bases were loaded after Rightenour walked on a full count.

After a pop-up, Connor Oakes hit a two-hopper to the third baseman, who stepped on third and threw home to attempt to get Hall. The throw was off-line and Hall scored with the tying run.

Claysburg took its first lead in the sixth inning with a little help from the Saints, who committed five errors in the game leading to all six Claysburg runs. Emerick led off the inning with a hit, went to second on a balk, and got to third on a single by Chamberlain. After Chamberlain stole second and a strikeout, Hall hit a bouncer to the pitcher, who threw out Emerick at home.

With Focht at the plate and taking a pitch, the St. Michael catcher threw wildly back to the pitcher, which allowed Chamberlain to race home with the go-ahead run.

Chamberlain was the only Bulldog with two hits and he also had two RBIs. Shope and Myers combined for five of the seven Saints’ hits. Three of Claysburg’s seven hits were infield or bunt singles.

Forest Hills renovated the baseball field, which includes a new artificial turf infield and other amenities, as part of a $3.7 million multipurpose complex that brought improved athletic facilities for football, soccer, softball, baseball, and track & field.

The Bulldogs, 1-3, will travel to Lilly for a game on Friday. The game was scheduled for Wednesday, but it was changed earlier this week.