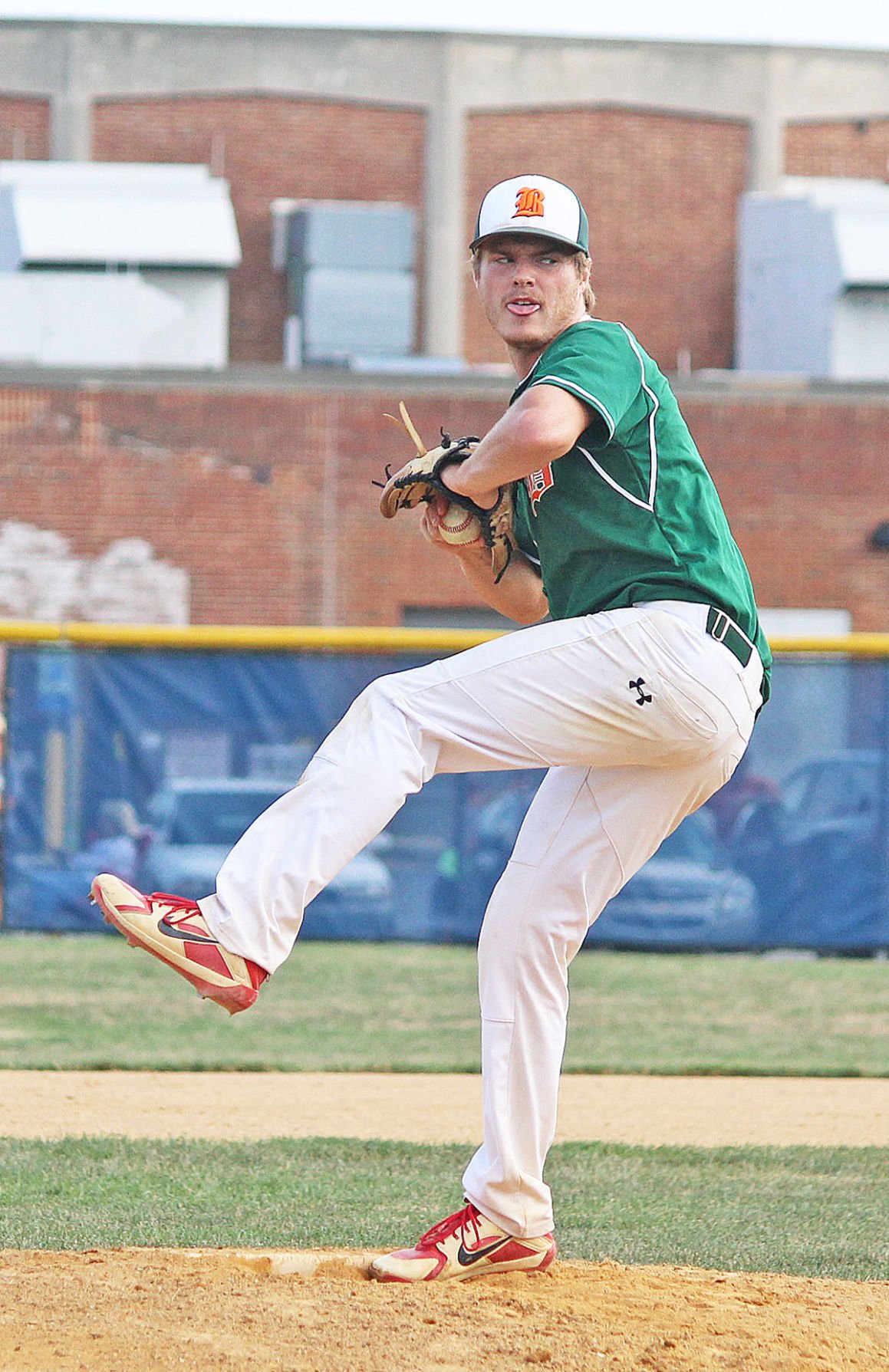 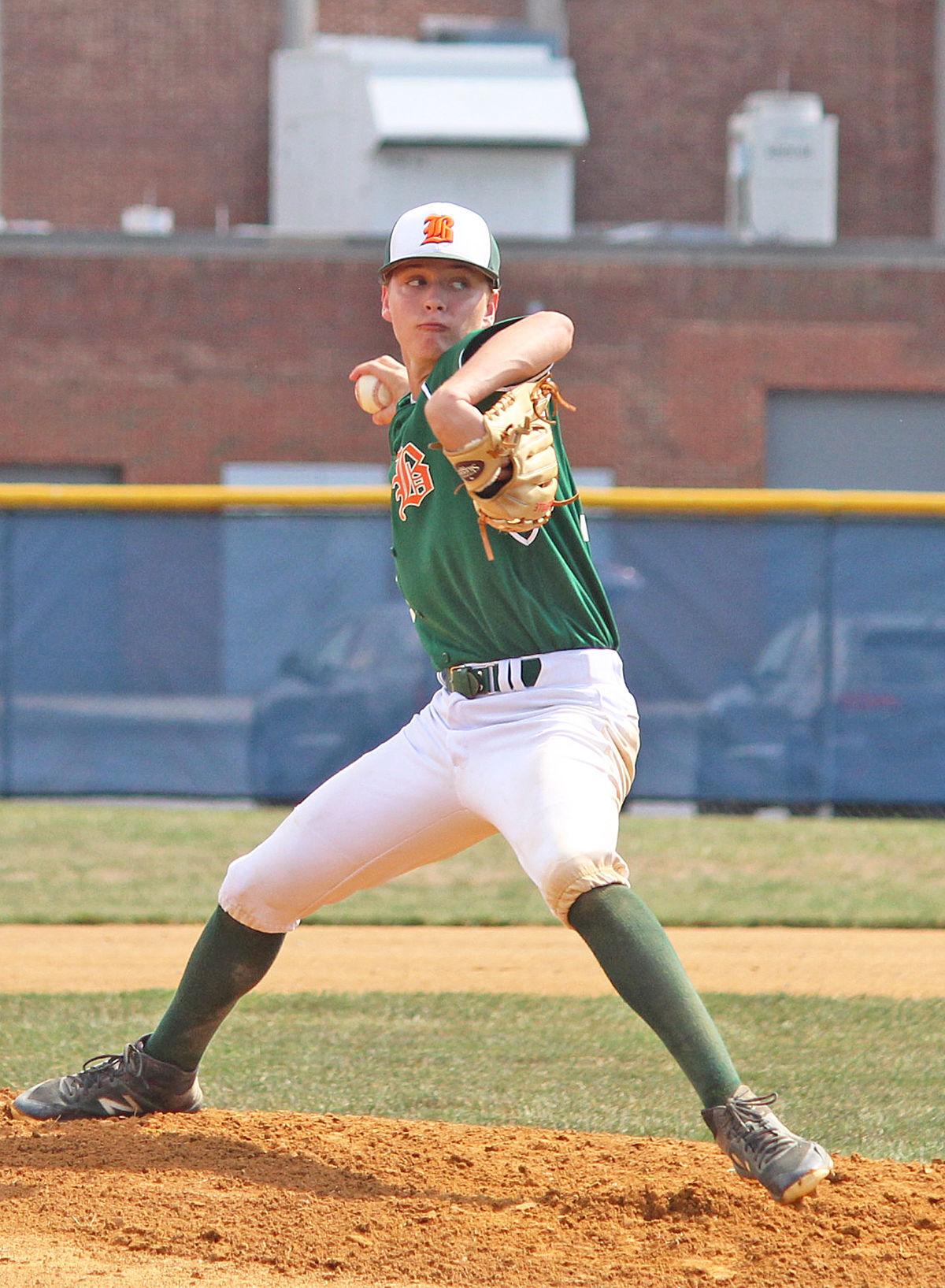 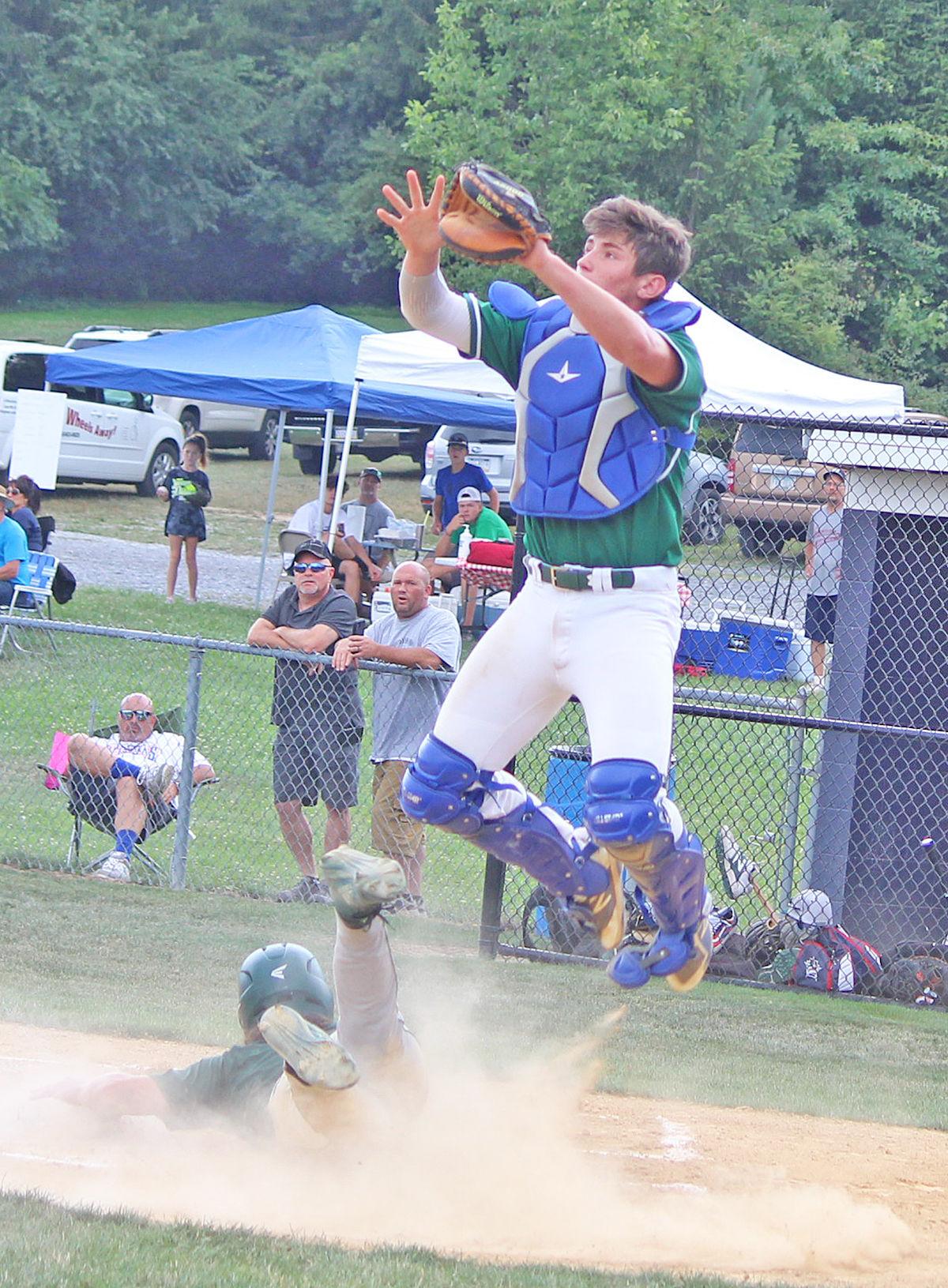 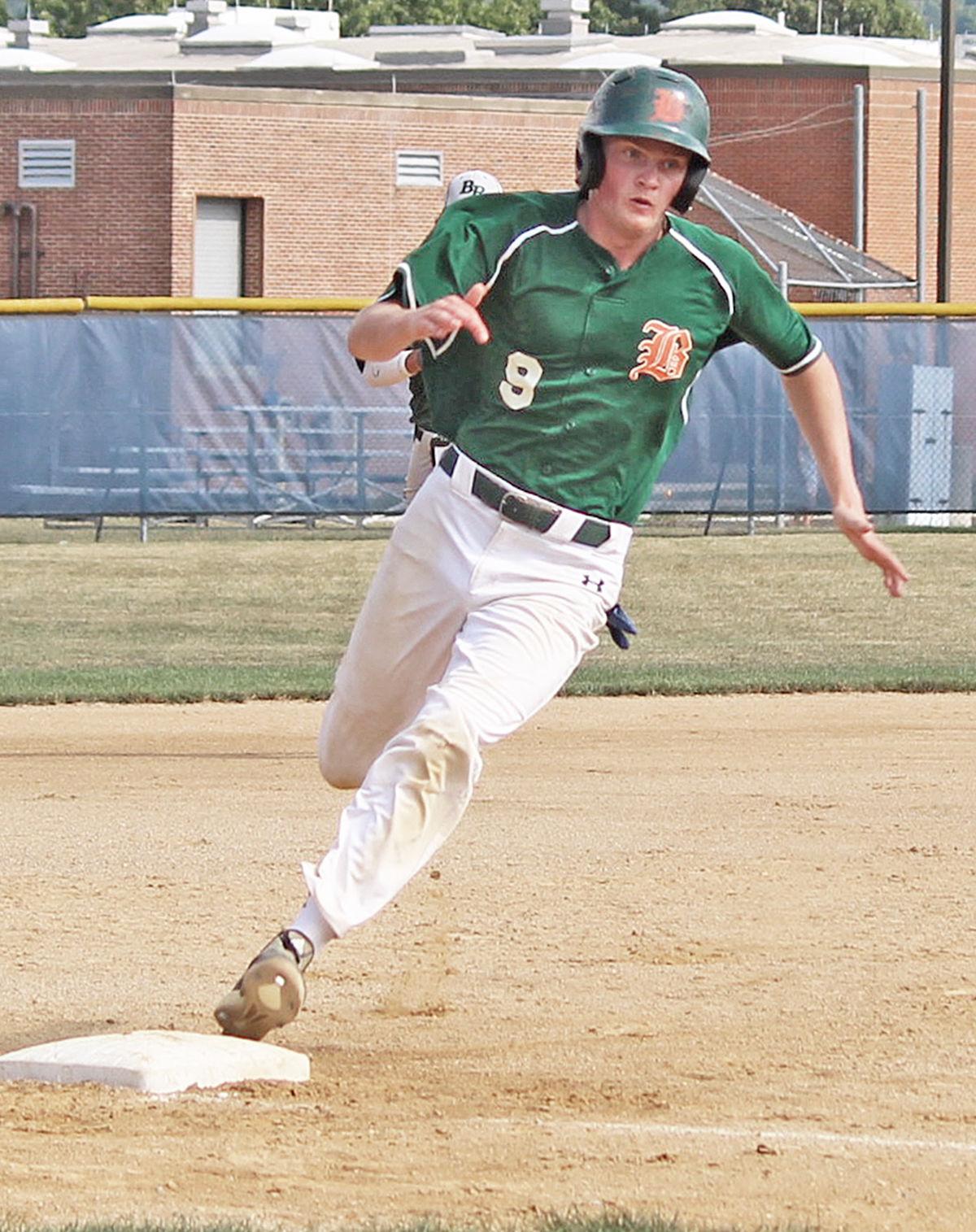 Bedford’s Drew Hall rounds third to score on a two-run double by Jared Colledge in the fifth inning, Friday.

Bedford’s Drew Hall rounds third to score on a two-run double by Jared Colledge in the fifth inning, Friday.

HOLLIDAYSBURG — Bedford came into the Western Pennsylvania Baseball League Championship Tournament on a two-game losing streak, and through the first four innings of Friday’s first round game against Westmoreland County champion Bushy Run, the Hurricanes were down 2-1 and did not have a hit.

The locals got their first two hits of the game in the fifth inning and captured a lead that they would not relinquish in a 6-3 victory to advance in the tournament.

Bedford will play Mifflin County on Saturday at noon at Hollidaysburg.

Down 2-1 entering the fifth inning, Bedford’s Matt Whysong walked and was safe at second as the Bushy Run field dropped the ball on a one-out fielder’s choice off the bat of Drew Hall. Andy Lazor got the first hit of the game for the Hurricanes as he blooped a single just in front of the centerfielder to load the bases.

Jared Colledge followed with a double down the left-field line that brought home Whysong and Hall to give Bedford a 3-2 lead.

Bushy Run changed pitchers, and Devin Boehm struck out a Hurricane for the second out of the inning. However, he followed that with a walk to Ashton Dull and another walk to Joey Koontz, which scored Lazor from third for a 4-2 lead.

“We took a while to get going, but we eventually had some timely hits.”

Bedford’s Jared Dowey had rough first inning as he gave up two runs on two hits, but after giving up the runs, he had retired 13 Bushy Run batters in a row, allowing Bedford to come back to get the lead.

The Hurricanes added another run in the sixth. Matt Whysong walked and went to second on a wild pitch. After moving to third on a ground ball, he scored on Hall’s single up the middle for a 5-3 lead.

In the bottom of the sixth, Dowey ran into some trouble. Anthony Sherwin had an infield single to break up Dowey’s consecutive out streak, and Giovanni Scott singled before Brett Andreani walked to load the bases with no outs. Dowey enticed Lucca Baccari to hit into a 6-4-3 double play that allowed Sherwin to score. Dowey got a strikeout to end the threat as his pitch count reached its limit.

The Hurricanes got that run back in the seventh. Joey Koontz got a one-out single followed by a hit by Trenten Mellott. After a fielder’s choice eliminated Mellott, Dowey singled in Koontz for the 6-3 lead.

Bedford went to Colledge to pitch the seventh. Colledge had not pitched in a game this year, and he came in and struck out the first batter. However, the ball got by the catcher as the batter reached first. Colledge got the first out on a strikeout followed by a groundout. After a walk, a fielder’s choice from Lazor to Hall ended the game with a Bedford victory.

“Jared came in after not pitching for over a year, and he threw very strong.”

Dowey struck out 11 and walked three. He gave up three runs on four hits, and two of the hits, walks, and runs were in the first inning.

Bedford took the early lead with a run in the first without the benefit of a hit. Dowey walked, and Hall followed with a ground ball to eliminate Dowey. However, the throw to first was off line, and as the ball hit the out-of-play fence, Hall took off to second. The throw to second was dropped for the second error of the play. Bushy Run had five errors in the game and only three of Bedford’s runs were earned.

Hall went to third on a ground ball, and he scampered home on a wild pitch for the 1-0 lead.

Bushy Run got two runs in the bottom of the first, all with two outs. After Dowey struck out the first two batters of the game, Sherwin singled, Scott walked, and Andreani singled between short and third to bring home Sherwin. Berardi walked to load the bases, and Tom Kusinsky was hit by a pitch to score Scott with the go-ahead run. Dowey struck out the next batter to end the inning and start his 13-batter, consecutive-out streak.

NOTES: Lazor had two hits for the Hurricanes, while Hall and Matt Whysong scored two runs each with Colledge driving in two runs. … Sherwin had two hits and scored two runs for Bushy Run. … Bedford beat Bushy Run, 11-0, in a game at McConnellsburg earlier this year. … If Bedford wins at noon on Saturday, they will play the winner of Claysburg vs. Yough at 5 p.m. If Bedford loses, they play the winner of Mount Union vs. Latrobe at 2:30 p.m. All of those games will be at Hollidaysburg High School.