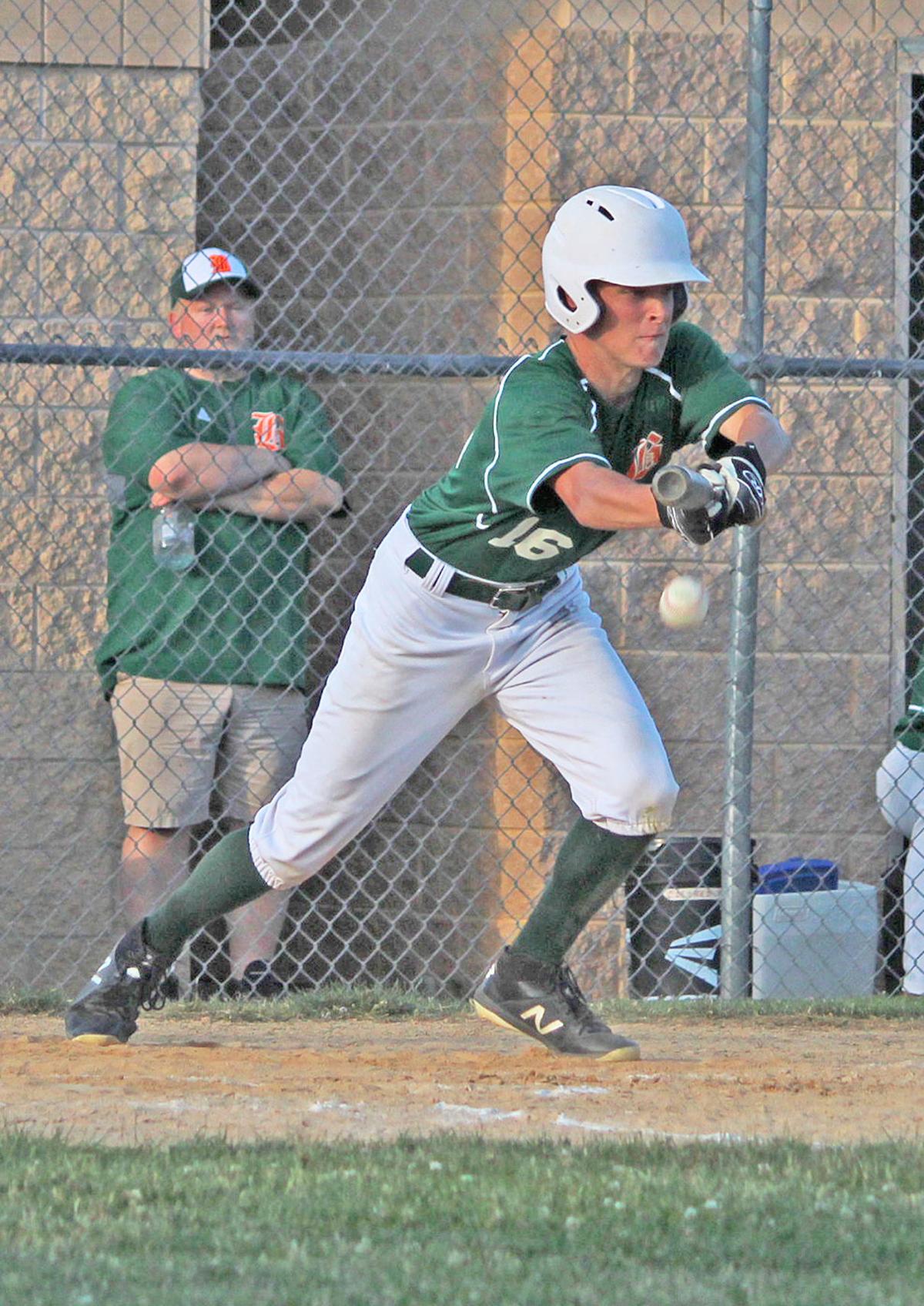 Bedford’s Jared Dowey puts down a bunt in the fourth inning of Bedford’s 21-13 win over Hollidaysburg, Wednesday. 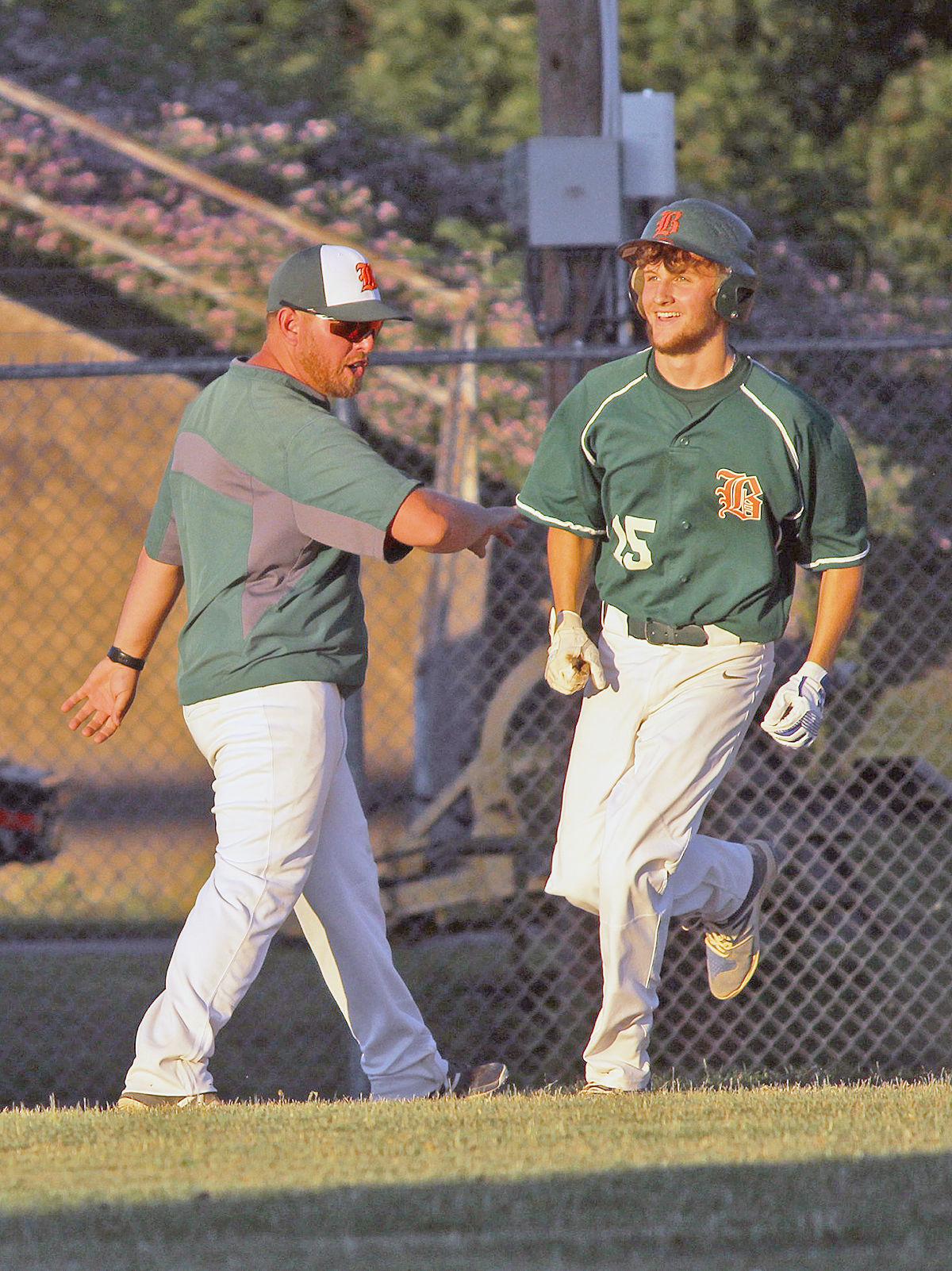 Bedford’s Rhett Frazier right, smiles as he goes past Bedford coach Jordan Mills and scores on a home run by Isaac Whysong, Wednesday. 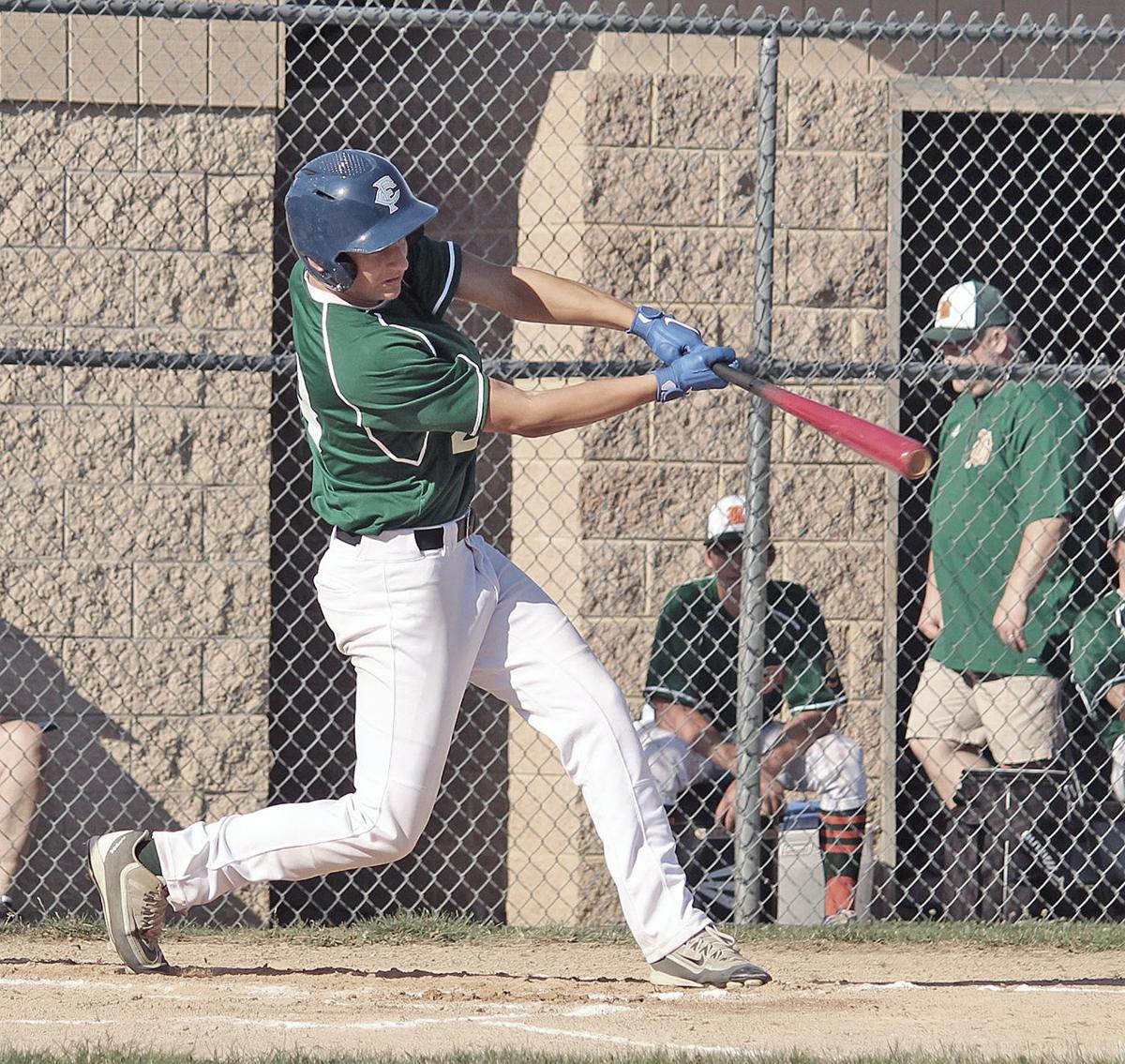 Bedford’s Matt Whysong rips one of his four hits in the Hurricane’s 21-13 win over Hollidaysburg, Wednesday. 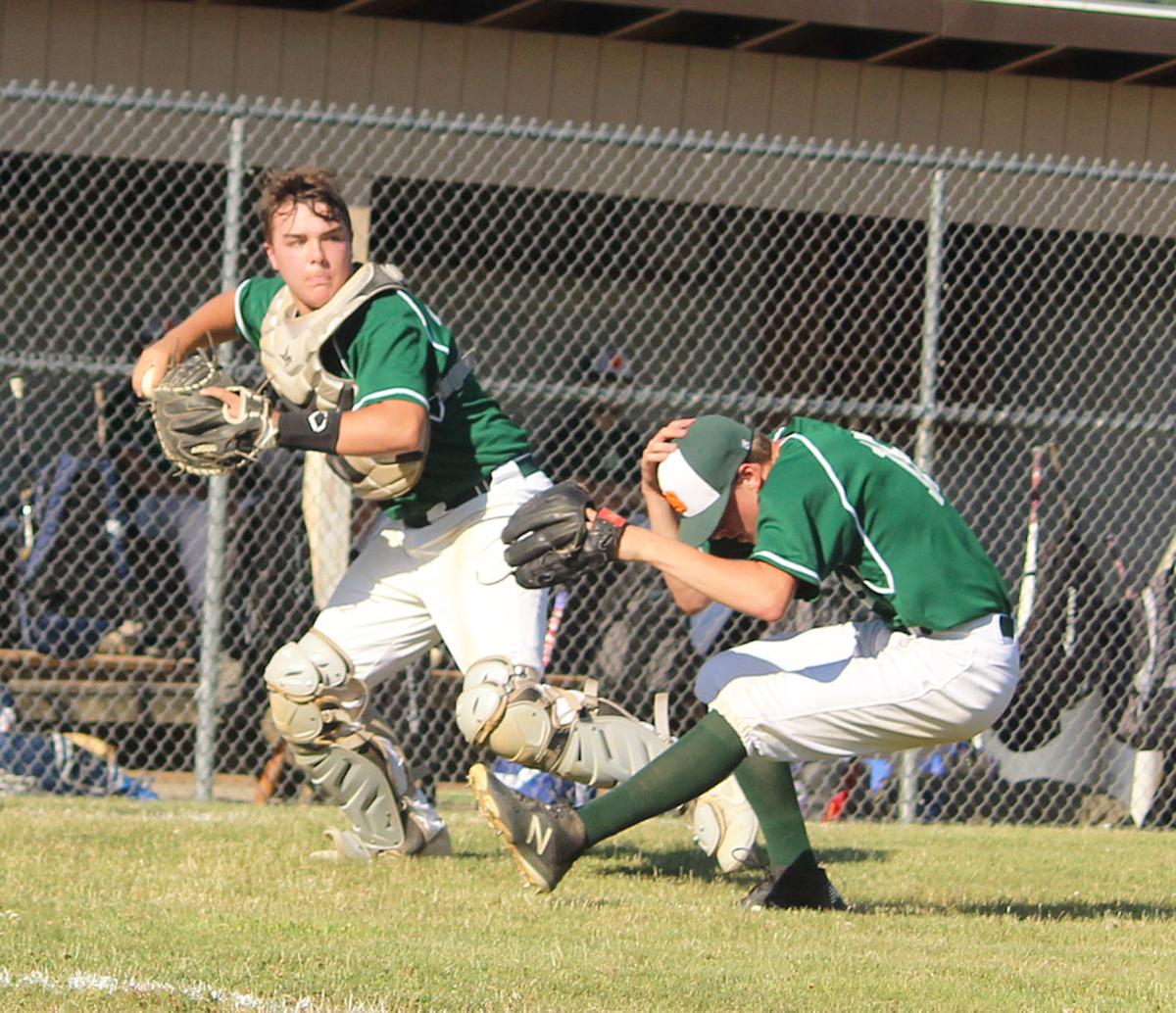 Bedford’s Karson Reffner throw out a Hollidaysburg batter on a bunt in the first inning of Bedford’s 21-13 win, Wednesday. Bedford pitcher Jared Dowey ducks to get out of the way.

Bedford’s Jared Dowey puts down a bunt in the fourth inning of Bedford’s 21-13 win over Hollidaysburg, Wednesday.

Bedford’s Rhett Frazier right, smiles as he goes past Bedford coach Jordan Mills and scores on a home run by Isaac Whysong, Wednesday.

Bedford’s Matt Whysong rips one of his four hits in the Hurricane’s 21-13 win over Hollidaysburg, Wednesday.

Bedford’s Karson Reffner throw out a Hollidaysburg batter on a bunt in the first inning of Bedford’s 21-13 win, Wednesday. Bedford pitcher Jared Dowey ducks to get out of the way.

It was not an ideal situation for the Bedford baseball team in its rematch with Hollidaysburg in the Cambria County League of the Western Pennsylvania League game on Wednesday.

The locals were down 13-9 in the bottom of the sixth against an undefeated team and had already committed seven errors.

However, the Hurricanes struck for 12 runs in the inning to rally for a 21-13 win to give Hollidaysburg its first loss of the season.

The top of the lineup for the Hurricanes had a banner day with Matt Whysong being on base all five times with four hits and five runs, Jared Dowey having four walks and sacrifice bunt for two runs, Andy Lazor scoring four runs, and Karson Reffner have three hits and five RBIs.

That group did some of the damage in the sixth inning. Whysong beat out an infield single followed by a walk to Dowey, and Lazor getting hit by a pitch to load the bases. After Reffner hit a sacrifice fly to plate Whysong, the Hurricanes sent the next 11 batters to the plate without an out.

Cal Iseminger tripled in two runs, Rhett Frazier had an RBI single, and Isaac Whysong smashed a two-run home run. Ashton Dull was hit by a pitch followed by a double by Jared Colledge. Matt Whysong beat out another infield single to score Dull, Colledge scored on a wild pitch, but as the throw got past the pitcher, Whysong raced to third. However, the throw was wild and allowed him to come into score for a 18-13 lead.

Dowey and Lazor both walked and moved up on passed ball before Reffner singled in the two runs. Lucas Nicodemus ran for Reffner and later scored on a sacrifice fly by Isaac Whysong.

“I’m proud of the boys for battling back and not letting the foot off the gas,” said Bedford coach Jordan Mills.

The offensive slugfest had scoring in all the innings except three. Bedford got three innings of pitching from Dowey, 1.1 innings from Trenten Mellott, and 2.1 innings from Lazor. Lazor allowed one run and four hits in his outing, but kept the visitors scoreless in the last two innings.

Of Hollidaysburg’s 13 runs, only four were earned as Bedford committed seven errors.

Hollidaysburg, who also committed seven errors, took a 2-0 lead in the first inning, but Bedford answered with three runs in the bottom of the inning. Matt Whysong singled, Dowey walked, and Lazor hit into a fielder’s choice, eliminating Dowey. Reffner doubled to deep right field to score Matt Whysong. Drew Hall had a single to score Lazor, while another run scored on an error.

Bedford scored in every inning and added two more runs in the second inning. Jesse Chamberlain reached on an error and scored on a double by Matt Whysong. After moving to third on a wild pitch, he scored on a Lazor groundout.

Holllidaysburg tied the game with three runs in the third with the help of an error and a two-out, two-run single by Gabe Herman.

Bedford took the lead back as Iseminger doubled and scored on an infield hit by Dull for the 6-5 lead.

The visitors took advantage of two more errors for three runs in the fourth inning, but Bedford tied the game with two runs on two errors by Hollidaysburg. Reffner had an RBI single, and another run scored on the play as the outfielder misplayed the ball.

Hollidaysburg scored five runs in the fifth to seemingly take control of the game. Three errors, two hits and a walk led to the five runs and a 13-8 lead.

Bedford got one of those runs back in the bottom of the fifth on an RBI triple by Colledge. He also tried to steal home, but was out on the play.

“I can deal with some physical errors, but we made a lot of mental errors and they hurt us,” Mills added. “However, we kept ourselves within striking distance.

“The pitchers did a good job. We have to make the plays behind them though.”

Iseminger had three hits for the Hurricanes, and Colledge had two. Lazor got the win in relief.

Bedford will travel to Somerset on Friday.