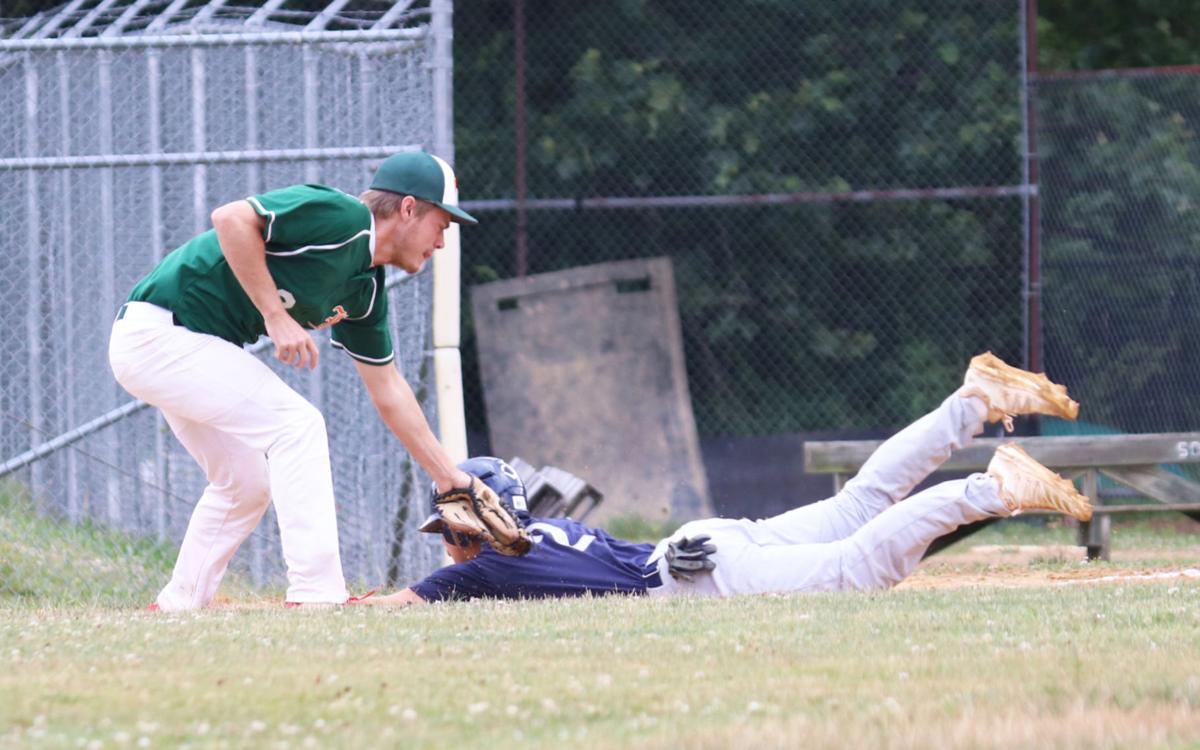 Bedford’s Jared Colledge, left, applies the tag to McConnellsburg’s Doogie Garlock during the top of the first inning in Saturday’s game. 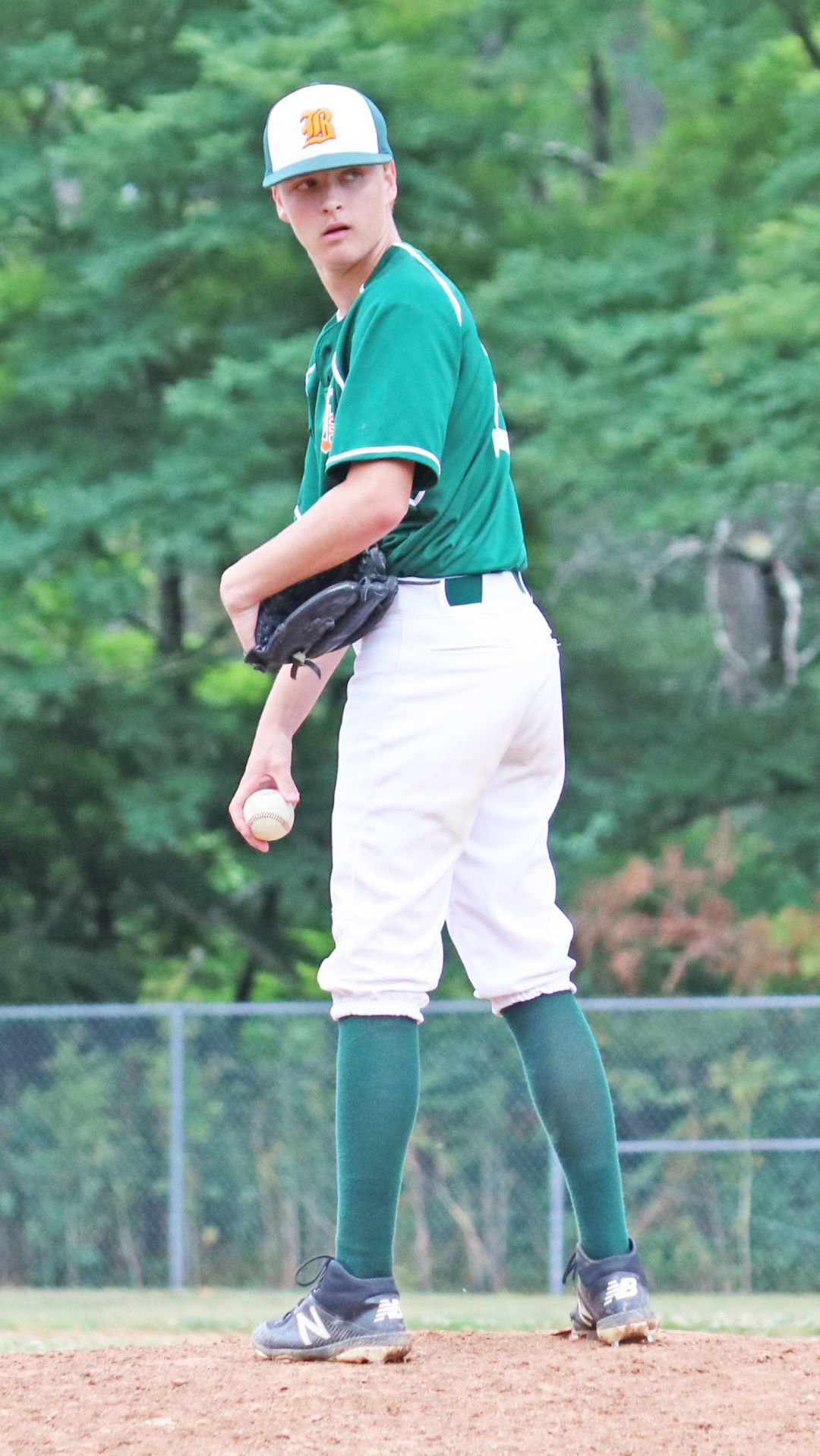 Bedford starting pitcher Jared Dowey looks back to first base after McConnellsburg got a hit in Saturday’s game. 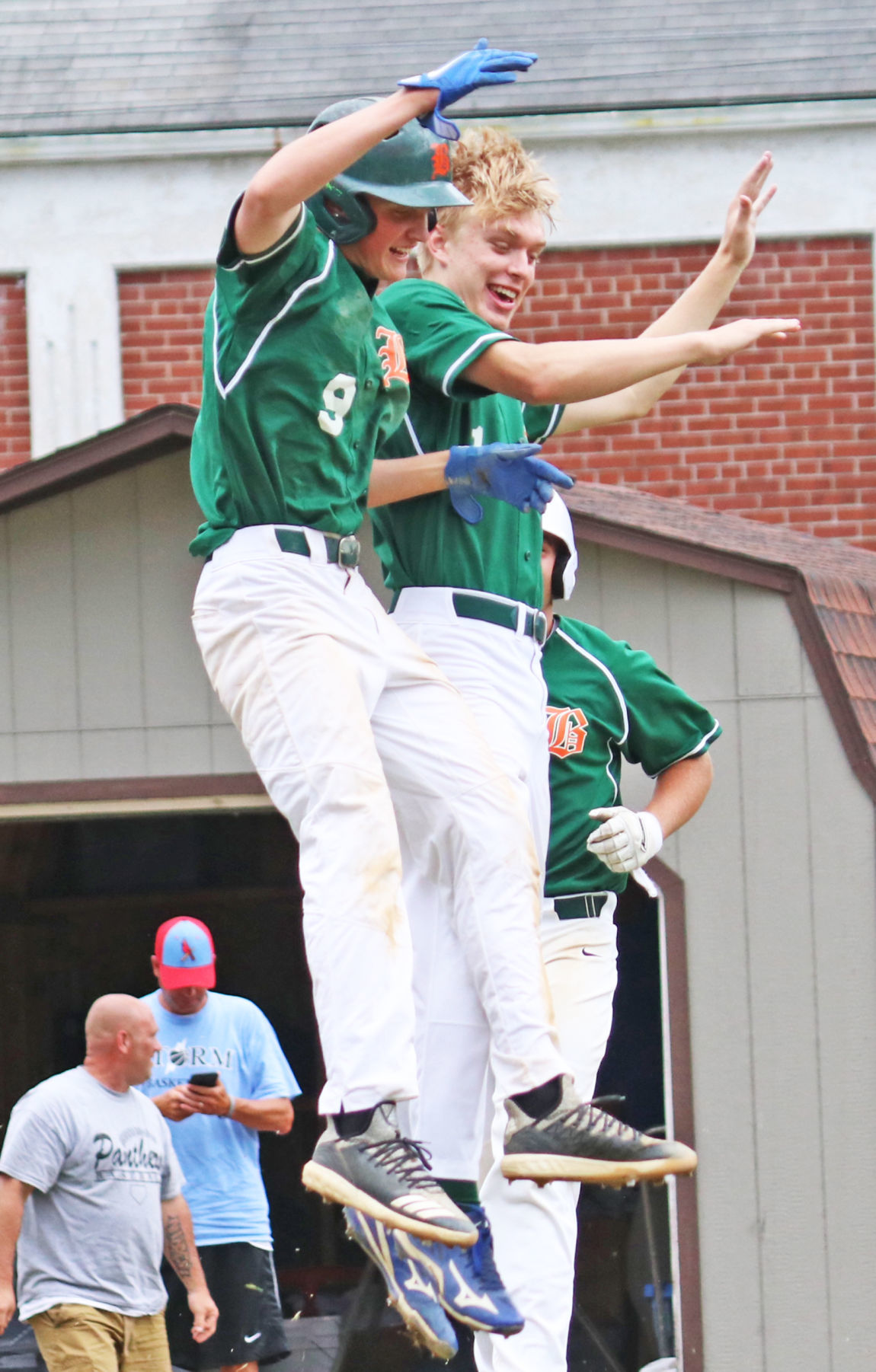 Joey Koontz, right, and Drew Hall celebrate after Hall’s single knocked in the run to put the mercy rule into effect in Bedford’s 12-2, five-inning, victory, Saturday. 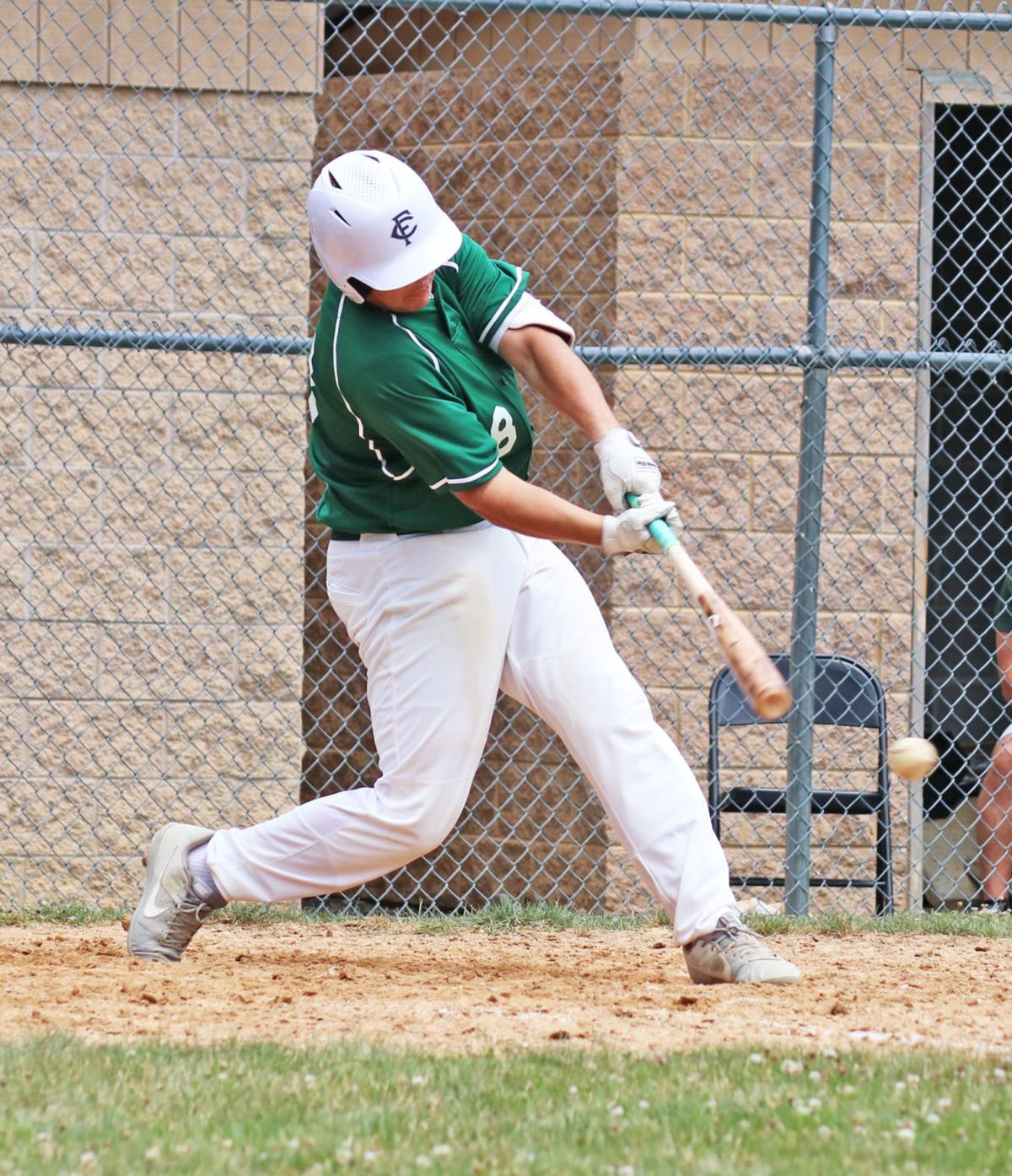 Bedford’s Jared Colledge, left, applies the tag to McConnellsburg’s Doogie Garlock during the top of the first inning in Saturday’s game.

Bedford starting pitcher Jared Dowey looks back to first base after McConnellsburg got a hit in Saturday’s game.

Joey Koontz, right, and Drew Hall celebrate after Hall’s single knocked in the run to put the mercy rule into effect in Bedford’s 12-2, five-inning, victory, Saturday.

Both Bedford and Hurricanes’ starting pitcher Jared Dowey had an uncharacteristic start to Saturday afternoon’s game against McConnellsburg.

The visitors jumped on Dowey’s sluggish start and put two runs in the top of the first. However, the Hurricanes responded in the bottom of the first and took full advantage in a five-inning, 12-2, victory.

In the top of the first, Dowey walked McConnellsburg’s Grayson Hall and Walker Funk. They both scored on a double by Doogie Garlock. Dowey struck out McConnellsburg’s Luke McClain before hitting Gabe Stotler with the pitch. Garlock was thrown out at second on a steal attempt, while Luke Fitz struck out to end the inning.

The Hurricanes sent 11 to the plate in the bottom of the first inning, plating seven runs on five hits and four walks.

McConnellsburg’s Caleb Hershey got the start on the mound and he gave up a left field single to Bedford’s Matt Whysong before walking Dowey. Bedford’s Andy Lazor’s hit was tipped by the McConnellsburg shortstop and landed in shallow left field. The tip allowed Lazor to leg out a single and to load the bases.

Karson Reffner blooped a single to left field for the locals, scoring Whysong. Jared College, Cal Iseminger, and Drew Hall all walked to score a run each and force McConnellsburg to switch pitchers as Bedford led, 4-0.

Fitz relieved Hershey on the mound, and he gave up a two-RBI single to Bedford’s Ashton Dull. Joey Koontz hit a sacrifice bunt for the first out of the inning, pushing Hall and Dull into scoring position.

Hall was thrown out at home on a ball that got past the catcher for the second out, but the play allowed Dull to advance to third. Whysong singled to right during his second at-bat of the inning to put the hosts ahead, 7-2, before a pop-up ended the inning.

The Hurricanes added a run in the bottom of the fourth, this time with Jesse Chamberlain scoring as he ran for Reffner, who singled earlier in the inning.

McConnellsburg stranded a trio of runners in the top of the fifth, but the Hurricanes enacted the mercy rule in the bottom of the frame by scoring four runs.

Koontz led off with a single before Whysong and Dowey both walked to load the bases. Koontz scored as Lazor was walked. Reffner’s two-RBI single to left field pulled the locals within a run of the mercy rule, 11-2. McConnellsburg got a pop-up and a fly ball to center for two outs, but Hall’s left-field single scored Lazor to end the game as the Hurricanes won, 12-2.

“I thought we responded well after the top of the first,” said Bedford coach Jordan Mills. “We took advantage of situations McConnellsburg gave us.”

After struggling in the first inning, Dowey pitched a complete game. He finished with three walks, 11 strikeouts, a wild pitch, two hit batsmen, and a balk.

“Dowey pitched a great game after the top of the first,” Mills added. ‘We fielded really well behind him. He kept hitters off-balanced.”

McConnellsburg entered the game undefeated after rallying to beat Bedford earlier in the season in the bottom of the seventh.

The loss moved McConnellsburg to 9-1 in the Cambria County League in the Western Pa. Baseball League, while Bedford improves to 7-2 in the league, with an 8-2 overall record.