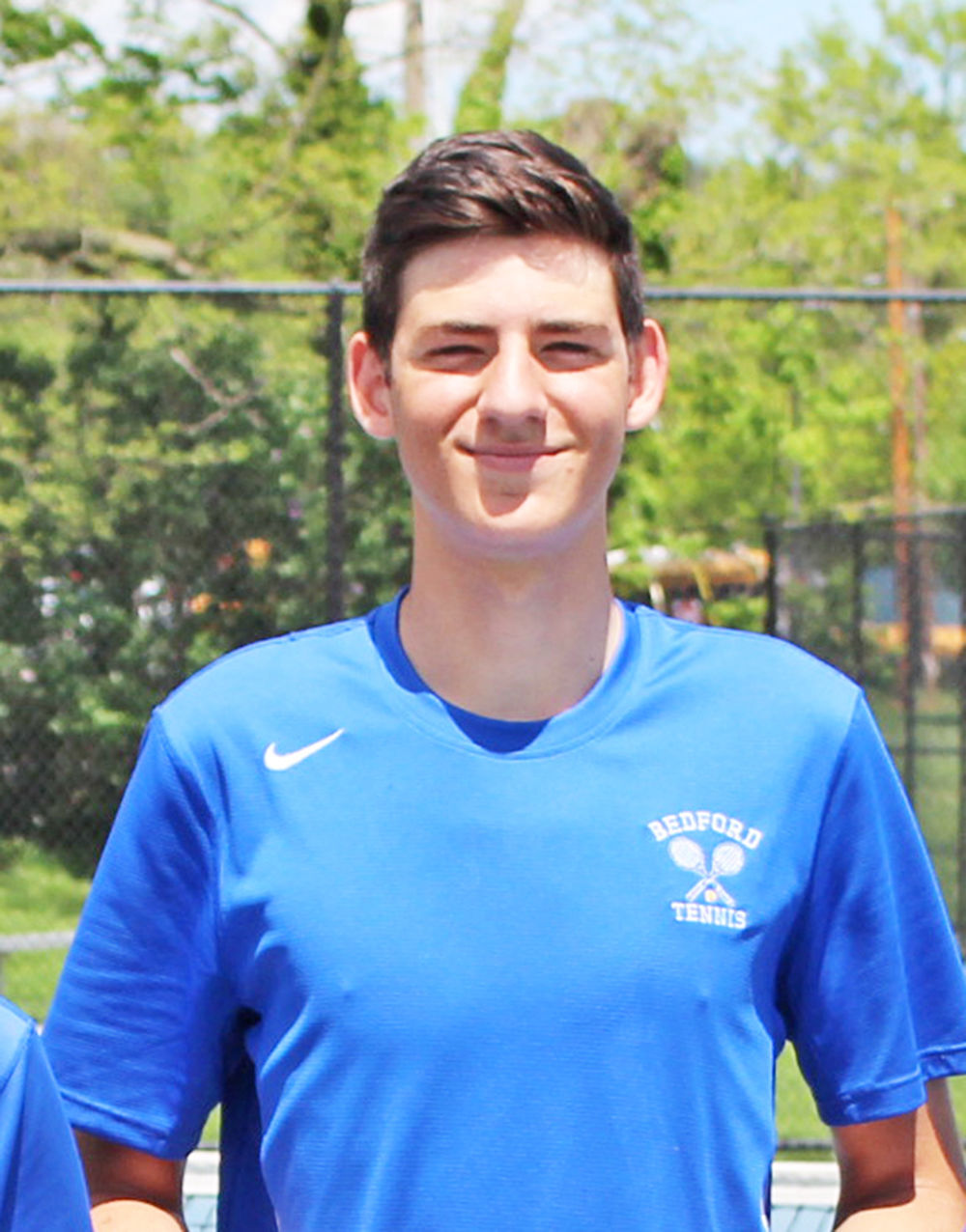 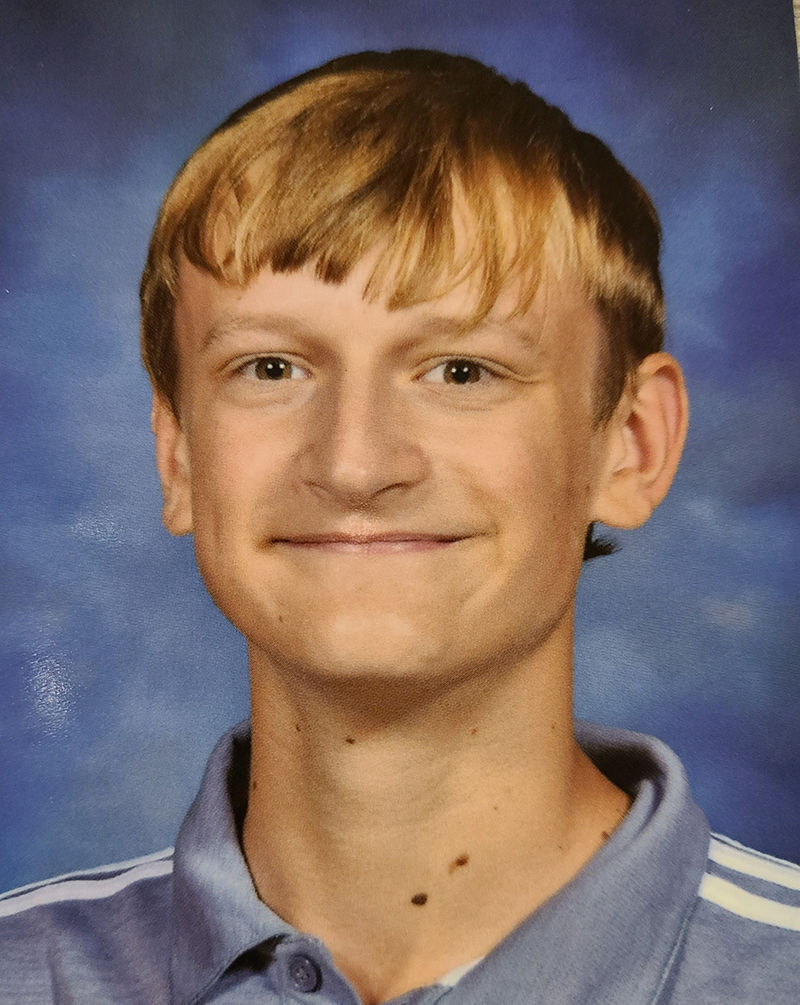 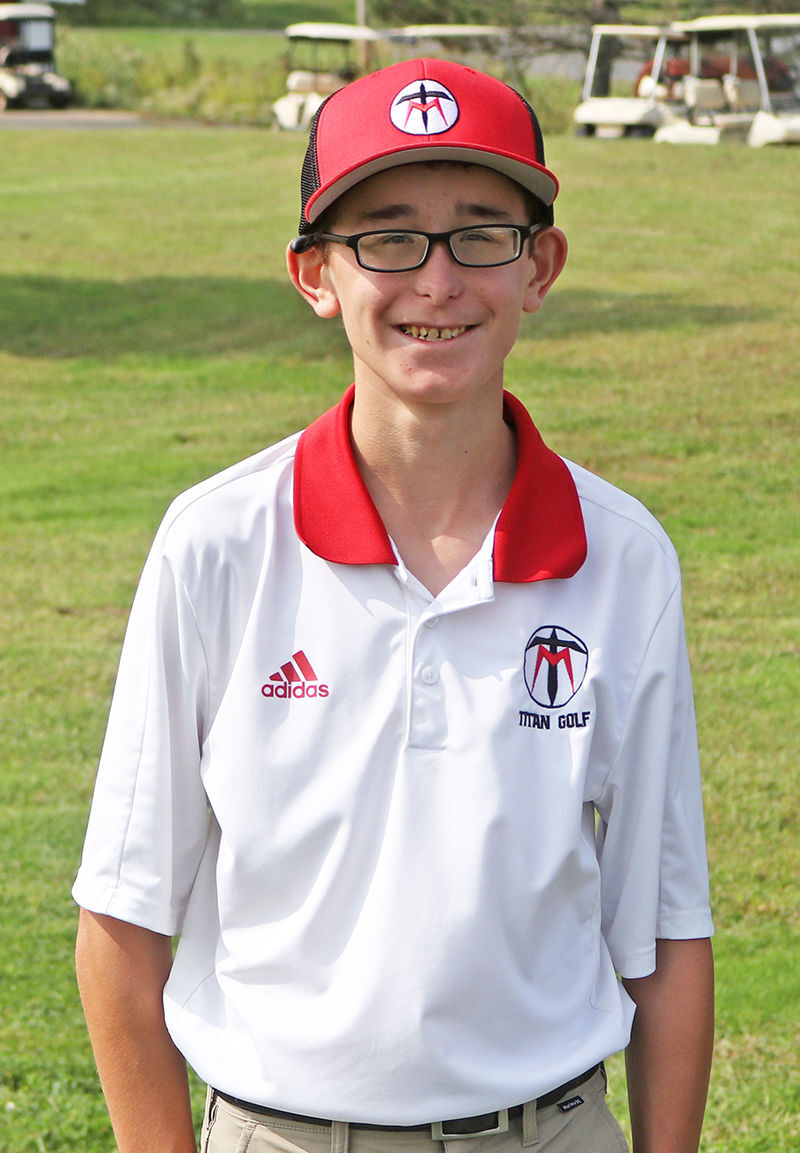 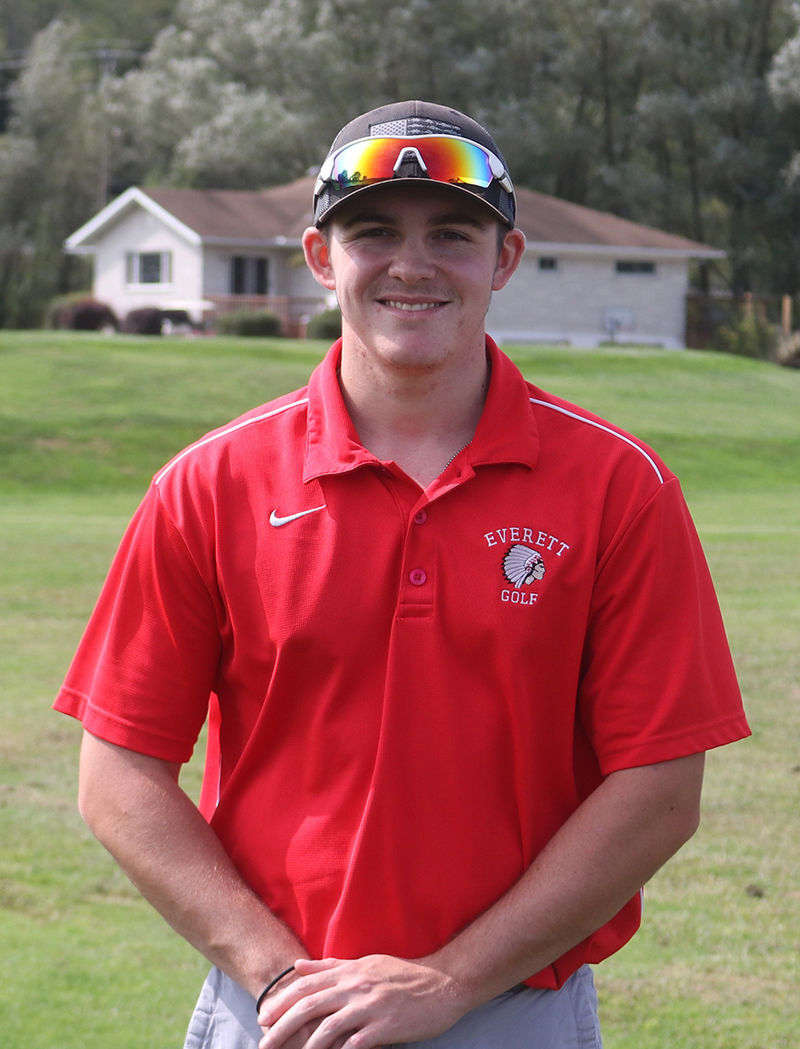 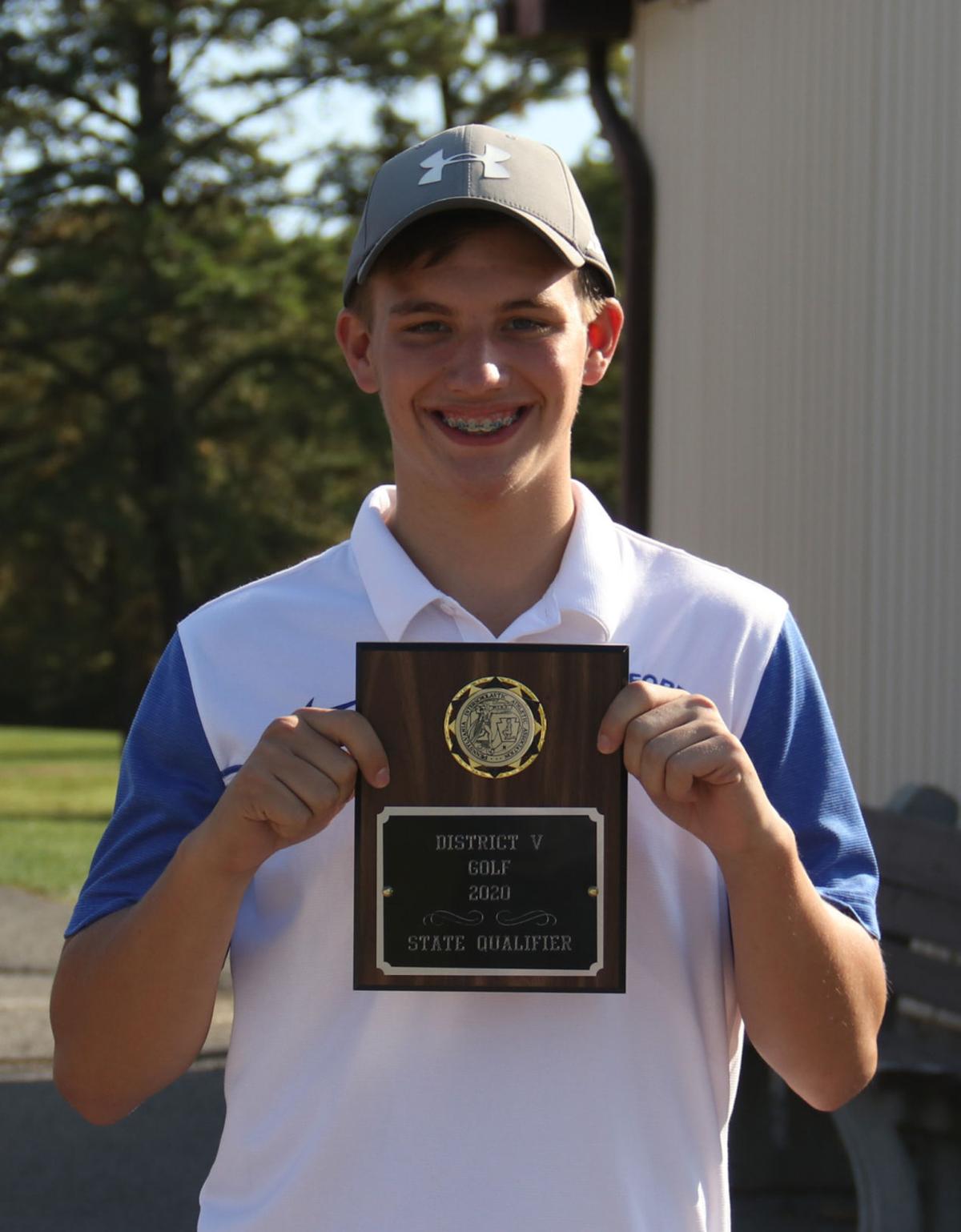 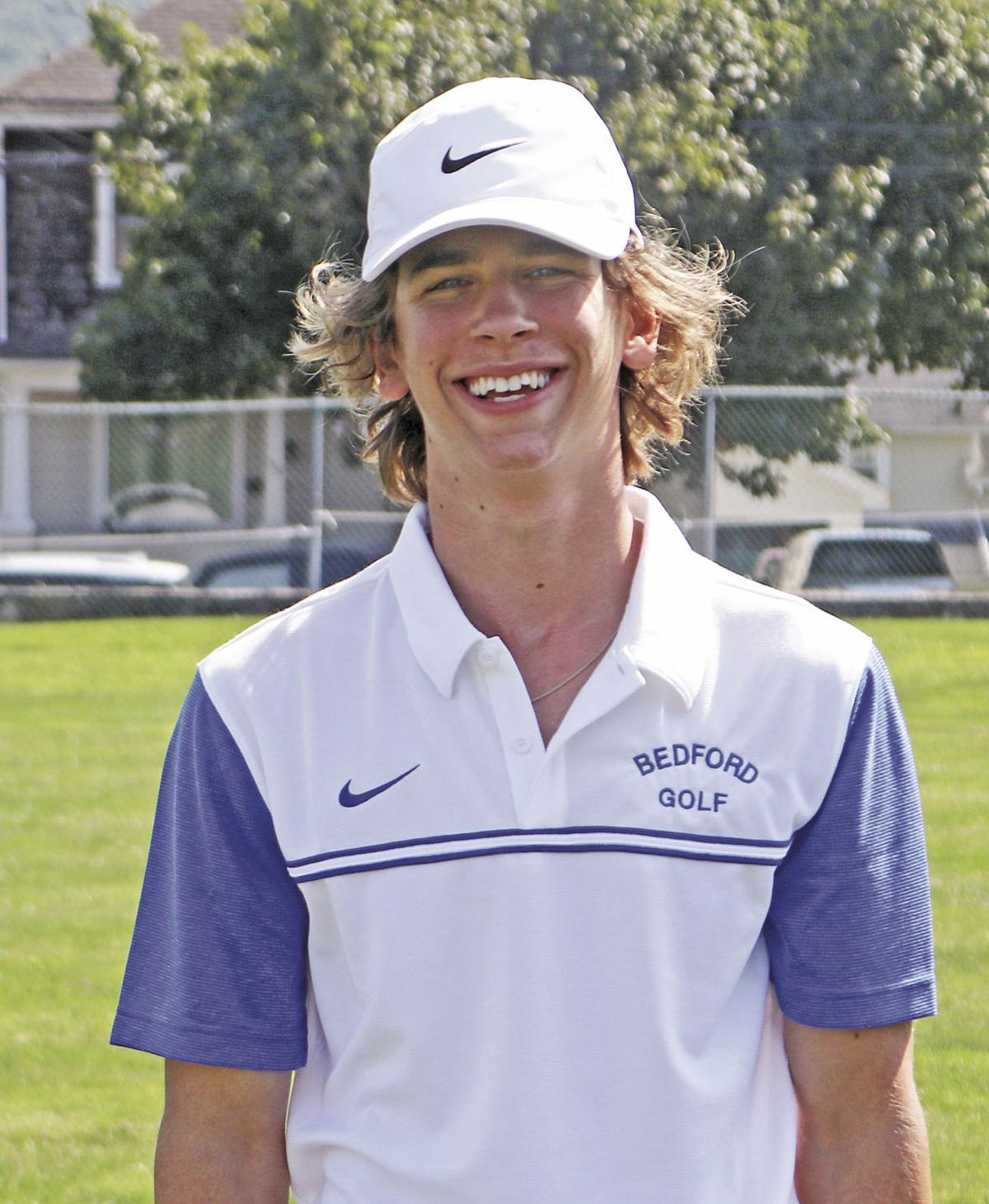 The 2020 Bedford Gazette Golf All-Stars sports an array of players from four schools.

Bedford lands three on the list, while Chestnut Ridge, Everett, and Tussey Mountain each have one on the First Team this fall.

This is the second first-team selection for both Tokarcyzk and Imgrund. Tokarczyk made the first team last fall, while Imgrund was a first teamer his freshman year in 2017.

Taylor moves up to the first team after being an honorable mention last year.

Below is a closer look at the 2020 Bedford Gazette Golf All-Stars:

Edwards was one of three golfers to advance from the District 5 championship to the PIAA Class AA Golf Championships. Edwards carded an 81 at Iron Masters to advance to York. He placed second behind Somerset’s Andrew Platt who shot a 79. At the state match, Edwards was tied for 23rd with another score of 81. He was also the only Bison to place at the LHAC conference championship.

“Matt went from having a good to great season once the postseason events came around,” said Bedford coach Matt Barkman. “He placed second at districts, placed third at the LHAC conference championship, and shot an impressive 81 at states. Matt has a cool and level-headed demeanor when playing golf, and I think that really helps him in the bigger events.”

The Lions were a youthful bunch this fall, and the team experienced many growing pains. Garrett constantly improved for the Lions and his score of 99 at districts helped earn him a spot on the first team this fall.

“Cameron works extremely hard and is determined to get better,” said Chestnut Ridge coach A.J. Weyant. “He has a great attitude, and he loves the sport. He progressed throughout the season and continues to improve his ball striking. His future looks bright.”

The Titans sported low roster numbers all year, but Hall displayed a constant consistency for the Titans. He was the lone Titan to golf at the district tournament, carding a 104.

“Matthew is a coach’s dream,” said Tussey Mountain coach Toby Horsh. “He is always willing to work on or try anything that I might suggest. Matt never gave up on a round of golf and was always reflecting on how he could make the next one better. He is universally liked and respected by every coach and competitor that talked to him.”

A four-year letterwinner for the Bisons, Imgrund’s senior leadership helped the Bisons to a seven-win season. Imgrund shot an 86 at the district championship this fall.

“John is a four-year letter winner and I was glad to see him have a successful senior season,” Barkman added. “His low nine-hole score for the year was 41, and he was a steady contributor in each match. John’s strength is his short game. If he is anywhere near the green, he is going to have a good chance at getting up and down.”

Taylor moved up from an honorable mention from years past for his only first team selection in a four-year career with the Warriors. He shot a 90 at districts as the Warriors finished sixth overall.

“Dylan was the senior leader that a young team needed this year,” said Everett coach Johnny Sloas. “He led the team in scoring average strokes per round improvement.”

In his junior year, Tokarczyk continued a successful as a Bison golfer. He carded an 87 at the district match, helping the Bisons to a second-place finish in the team standings with a score of 351. His consistency helped him to his second consecutive first-team honor.

“Matt is one of only four BHS golfers in the last decade to have a regular season sub-40 scoring average,” Barkman noted. “I would say the biggest improvement in his game from his sophomore to junior season was putting consistency. When he has his A-game going, he can go under-par. I am looking forward to seeing what he can accomplish in his senior season.”