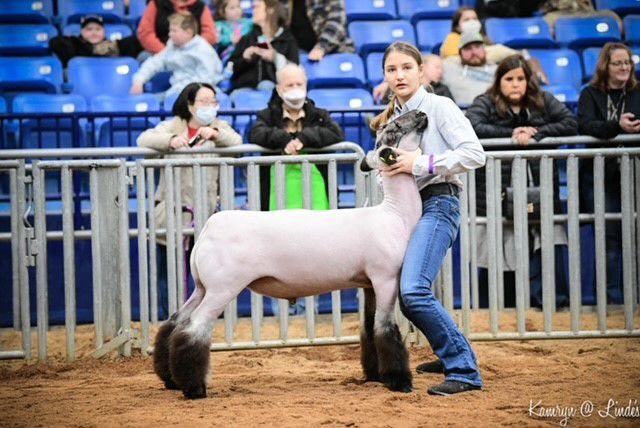 Madaline Tewell is shown with her grand champion lamb at the 106th Pennsylvania Farm Show in Harrisburg. 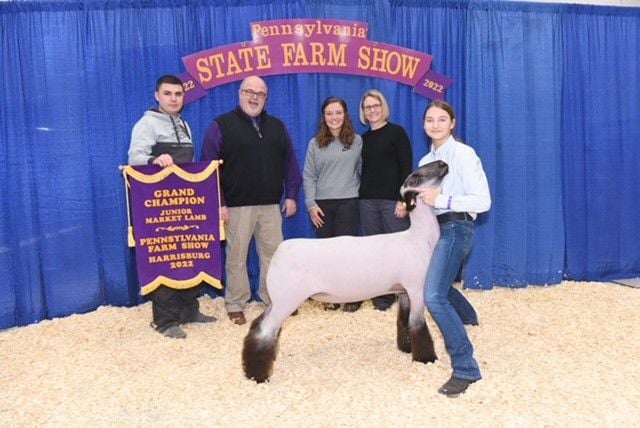 Madaline Tewell is shown with her grand champion lamb at the 106th Pennsylvania Farm Show in Harrisburg.

After competing for several years at the Bedford County Fair, Madaline Tewell, 13, of Artemas, showed the grand champion market lamb at the 106th Pennsylvania Farm Show in Harrisburg.

The farm show, which was all virtual last year due to the pandemic, has been an all-live event that ends Saturday. Tewell’s lamb that was purchased from the Shroyer Show Stock, and weighed 149 pounds.

The lamb was purchased by New Holland Sale Stables for $5,700.

Forrest Ohler and Tewell’s brother, Marshal, helped mentor her for the show.

She is a member of the Chapmans Run 4-H club and a student at Everett Middle School. Tewell enjoys working with animals and was excited to see her hard work pay off. Tewell is the daughter of Greg Tewell and Tamala Clingerman,