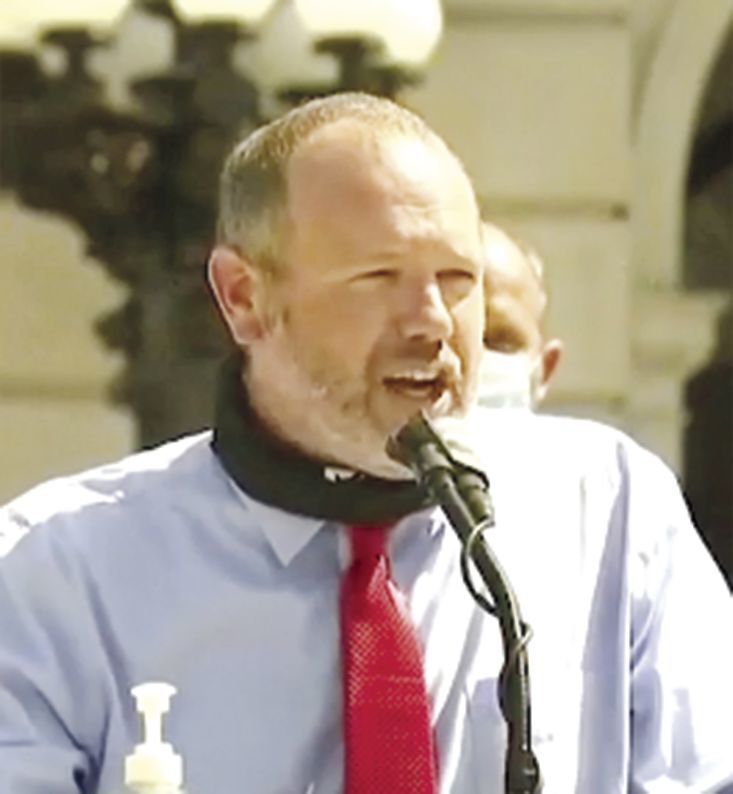 State Rep. Jesse Topper, R-Bedford, sponsored House Bill 1100 requesting an audit of the 2020 election. In response to its rejection by a legislative panel, he said, “House Resolution 1100 passed with bi-partisan support and the rejection of this request strikes a blow to transparency in our electoral process.” 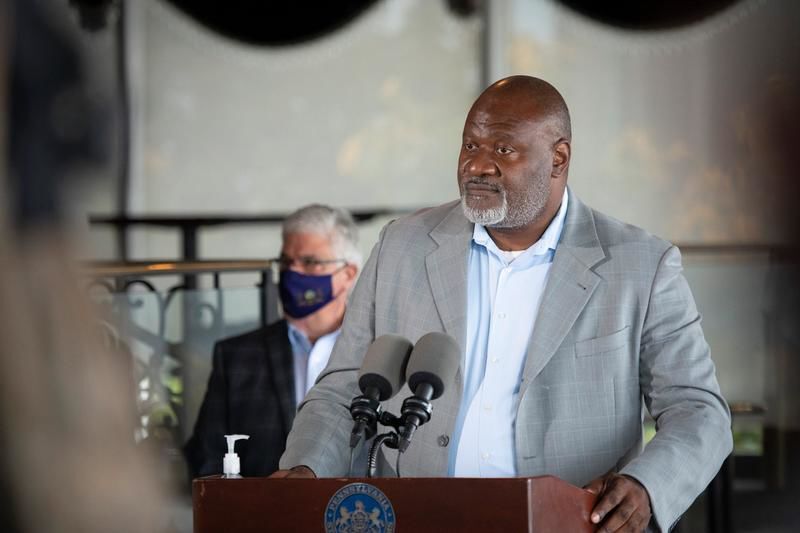 In rejecting the request for an audit of the 2020 election, Rep. Jake Wheatley, D-Allegheny, said, “There are other ways of validating our election results, making sure we had a fair return in our election process. And I would encourage us to not prolong this wasted effort.”

State Rep. Jesse Topper, R-Bedford, sponsored House Bill 1100 requesting an audit of the 2020 election. In response to its rejection by a legislative panel, he said, “House Resolution 1100 passed with bi-partisan support and the rejection of this request strikes a blow to transparency in our electoral process.”

In rejecting the request for an audit of the 2020 election, Rep. Jake Wheatley, D-Allegheny, said, “There are other ways of validating our election results, making sure we had a fair return in our election process. And I would encourage us to not prolong this wasted effort.”

HARRISBURG — An attempt by Pennsylvania’s Republican-controlled legislature to audit the legitimacy of the 2020 presidential election failed Monday when a bipartisan panel rejected it, citing its redundancy.

The Legislative Budget and Finance Committee voted 2-1 against the audit, which was requested by the House last week. The two Democrats on the panel voted against the measure, with one Republican in favor and another absent from the meeting.

In rejecting the request, the panel’s two Democratic members — Sen. James Brewster (D., Allegheny) and Rep. Jake Wheatley (D., Allegheny) — said it would duplicate the efforts of an ongoing Department of State audit, which is mandated by law.

“There are other ways of validating our election results, making sure we had a fair return in our election process. And I would encourage us to not prolong this wasted effort,” said Wheatley, who is treasurer of the committee. “I would just really suggest that we put this to bed now and move forward with some of our other prioritized reports and audits.”

The resolution — passed by the House on Thursday by a 112-90 vote, with three Democrats joining the Republicans — directed the finance committee to compile a report auditing the accuracy of the results and identifying any inconsistencies. The measure was a watered-down version of an earlier attempt by the state House to investigate the presidential election. But, in a somewhat unusual move, the bipartisan, bicameral panel rebuffed the latest House request.

House Bill 1100 requesting the audit was sponsored by state Rep. Jesse Topper of Bedford, who expressed his disappointment that the audit was rejected.

“I am deeply disappointed in the party-line vote by the LBFC against conducting an audit of the 2020 election. House Resolution 1100 passed with bi-partisan support and the rejection of this request strikes a blow to transparency in our electoral process. It will also delay and impede the Legislature’s ability to determine what changes should be made to our process moving forward.

“The Department of State is poised to complete audits of the elections starting in 2022. An audit of the 2020 election would have set Pennsylvania on an accelerated path, allowing the Commonwealth to learn from any mistakes made during the most recent election cycle. Sadly, that will not happen because partisan politics again prevailed over common sense and government transparency.”

Sen. Bob Mensch, R-Montgomery, who voted in favor of the audit, said he wasn’t sure whether the committee had ever said no to adopting a requested study. Patricia Berger, the committee’s executive director, said she recalled at least two instances in which a study was adopted but not completed.

Republican legislators maintained that the resolution was necessary because the audit would be independent of a review by Secretary of the Commonwealth Kathy Boockvar, who they noted is named in several election lawsuits brought by President Donald Trump’s campaign.

While state Republicans have repeatedly stated they have no evidence of fraud, they have said constituents are concerned about wrongdoing. They blame the confusion on a state Supreme Court ruling that extended the deadline to accept mail ballots by three days, as well as guidance from the Department of State allowing counties to share information with political parties about voters whose ballots had problems.

A spokesperson for the Department of State said Monday, “Pennsylvania had a free, fair, and secure election.”

Still, Rep. Seth Grove (R., York), the chairperson of the House State Government Committee, said he has sent counties questions in an effort to conduct his own investigation. The committee doesn’t have subpoena power, and counties can choose whether or not to respond.

“I want to hear from all 67 counties,” Grove said at a news conference Monday. “And we look forward to reviewing everything in December, and the goal is to again hit the ground running this January to provide Pennsylvanians a better election law that they can be proud of.”

Would Jesse Topper be asking for an audit if Trump would have won the election in Pennsylvania? I don't think so. The Republican need to get over their loss, and start asking their party why they lost and what they can do better in the future to get back their respect, the people once hat for the Republican party that has now fallen to the lowest point they can fall. Choosing people like Trump for a leader is not going to cut it for them , His hold presidency was a whining crying and lying presidency and the GOP set back and supported every minute of it , right down to the and including his lies about the covid19 that cost the lives of 260,000 people as of this day. So now move past this election and do your job and do it for the American people. not for people like Trump that's in your party.