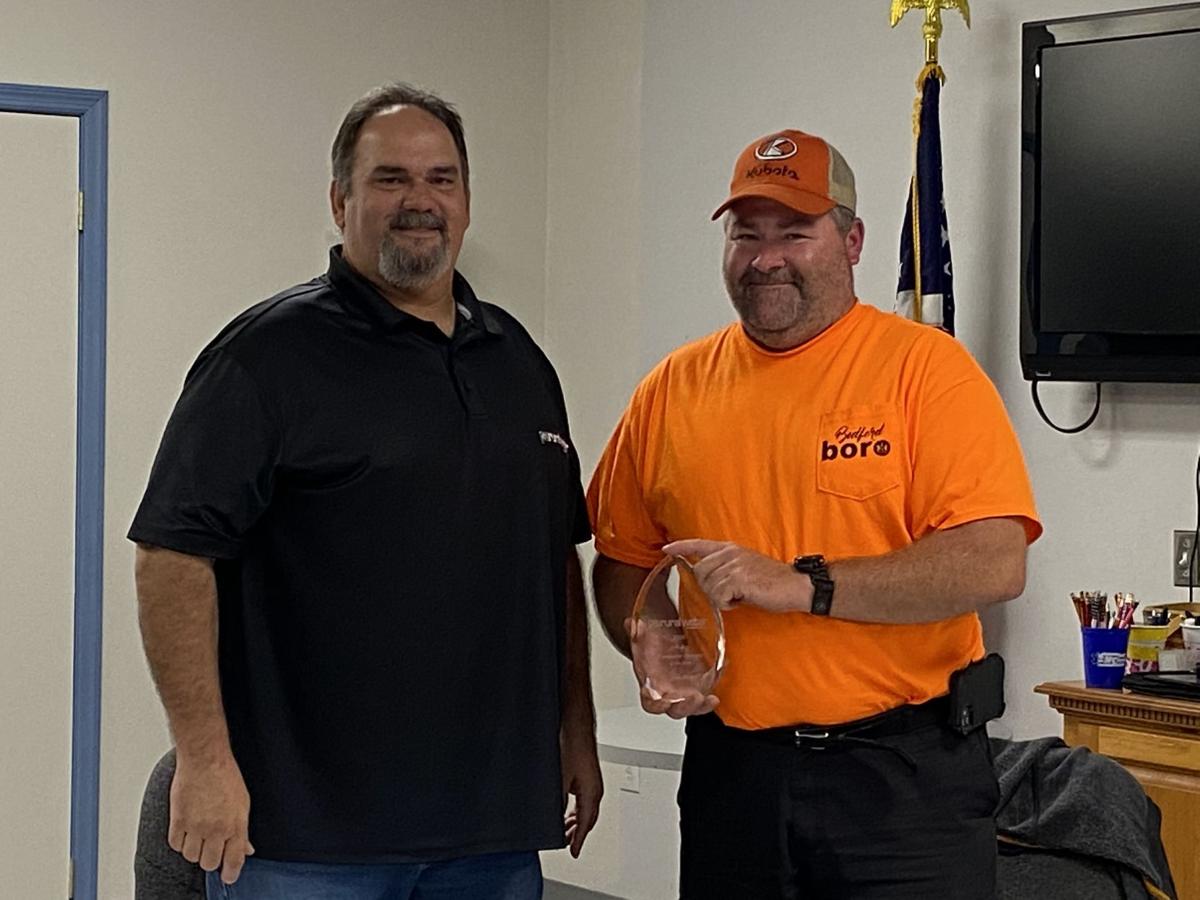 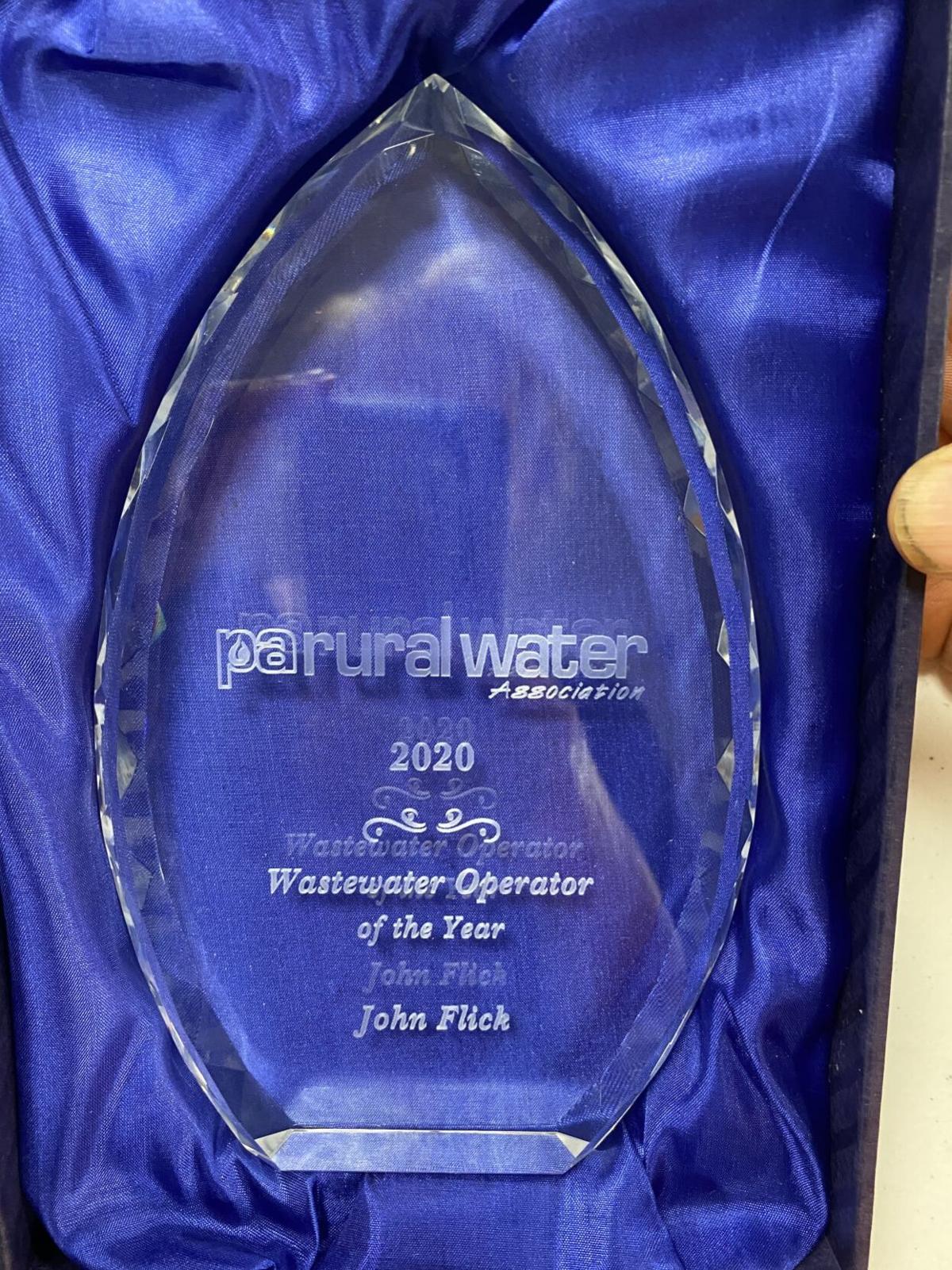 Pictured is the “Operator of the Year” award presented to John Flick, superintendent of the Bedford wastewater treatment plant.

Pictured is the “Operator of the Year” award presented to John Flick, superintendent of the Bedford wastewater treatment plant.

Bedford Borough’s wastewater treatment plant superintendent was named the “operator of the year” by the Pennsylvania Rural Water Association.

John Flick was presented the award by Tom Goehring, manager for PA Rural Water, during the borough municipal authority’s meeting this week.

“I was totally caught off guard by it,” Flick said during an interview on Thursday.

Goehring said his association works with wastewater treatment facilities across the state, primarily in communities with populations under 10,000. He said he has worked with Flick ever since he took over as the superintendent in Bedford and has been impressed with his commitment to the job.

“He was recognized for his ambition and initiative to improve the plant,” Goehring said. “Some people will say to me, ‘this is how it has always done.’ (Flick) has always looked for other ways to improve.”

Those improvements have included lowering the electricity costs at the wastewater treatment plant, which serves the borough and much of Bedford Township, by about $20,000 in recent years, and Flick said the plant is beginning a new pilot program to lower the cost for chemicals needed to remove phosphorus from the system.

Flick said he meets with Goehring frequently to discuss operations and works closely with representatives from the state Department of Environmental Protection. He said the collaboration is a way to continue learning and improving.

“It’s definitely neat to work with their (DEP) instructors — they have like 30 years of experience at different facilities,” he said.

Matt Bullington, chairman of the municipal authority, said Flick is an asset to the borough.

“He goes above and beyond what the job requires,” Bullington said. “He works tremendously hard to make sure we keep a top notch facility here. We’re very fortunate to have John.”

Tim Weaverling, borough council president, said the borough was proud of the work Flick has done during his time as superintendent, and said the award shows the effort he has made to improve the facility over the past couple years.

“It speaks a lot about how dedicated he is to the borough and to his job,” he said.

Flick has served as superintendent of the plant for the past three years, and he has worked for the borough for 11 years in different roles.

“We’ll keep pushing ahead,” he said.