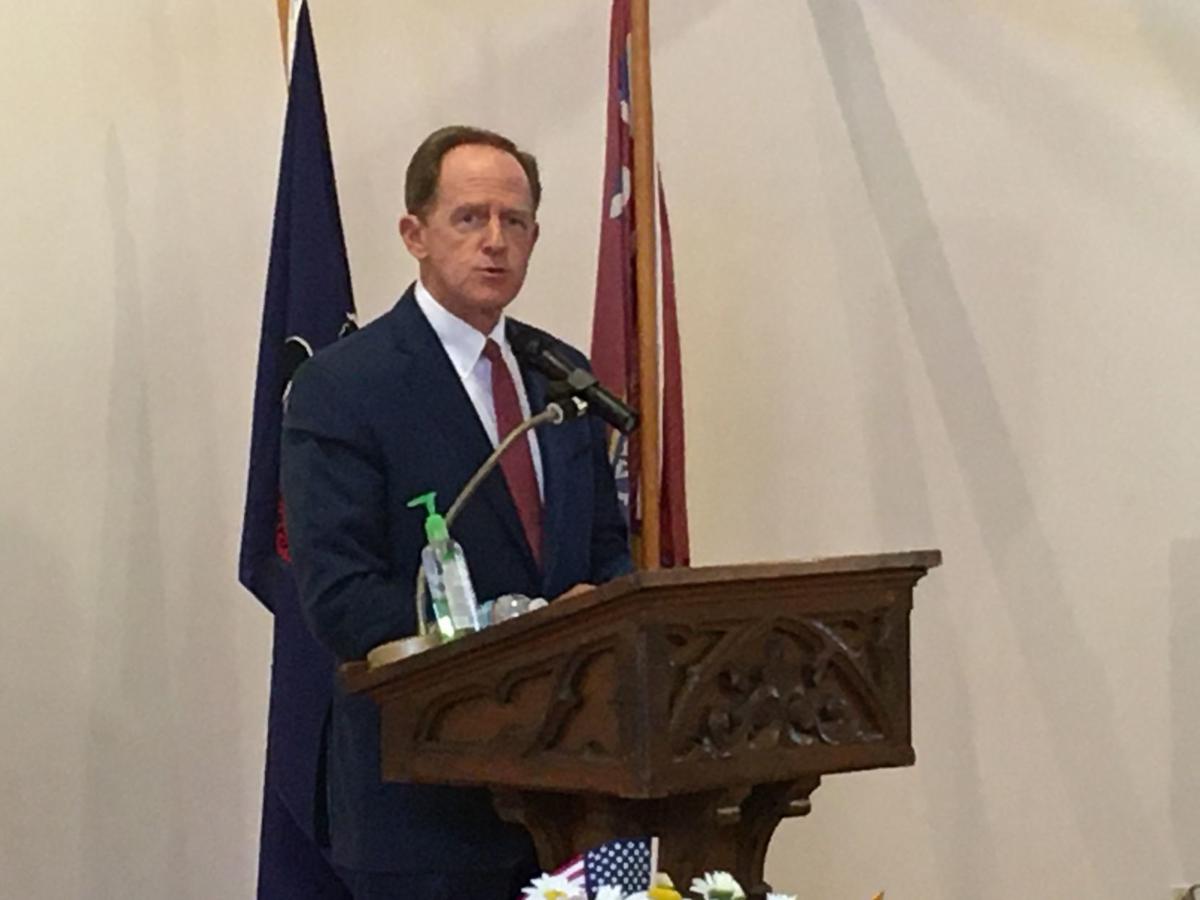 U.S. Sen. Pat Toomey speaks to the Bedford Chamber of Commerce on Wednesday. 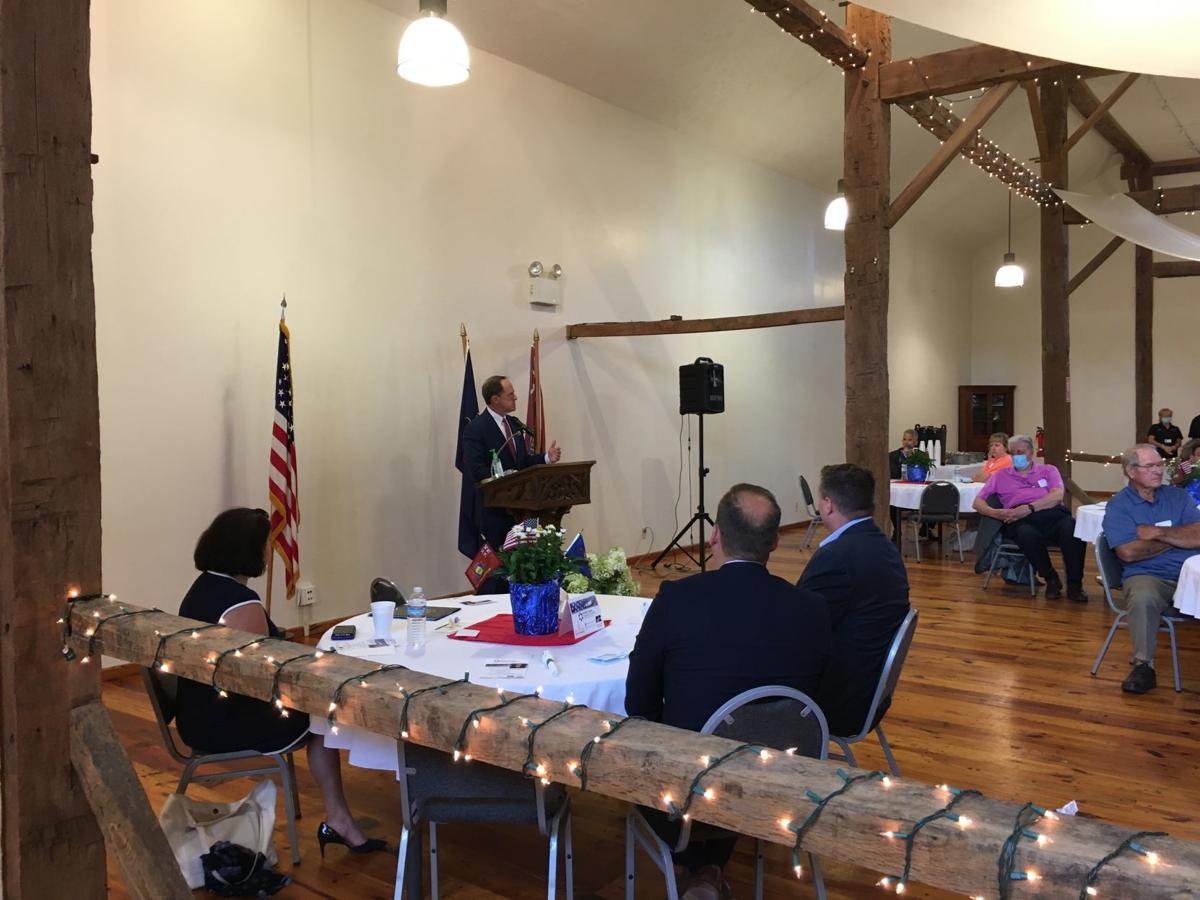 Senator Pat Toomey (R-PA) speaks to the Bedford Chamber of Commerce on Wednesday.

U.S. Sen. Pat Toomey speaks to the Bedford Chamber of Commerce on Wednesday.

Senator Pat Toomey (R-PA) speaks to the Bedford Chamber of Commerce on Wednesday.

U.S. Sen. Pat Toomey visited the Bedford Chamber of Commerce on Wednesday morning to discuss current events in Washington D.C. and to hear from constituents.

Toomey discussed many issues, including the COVID-19 pandemic and the racial divides overwhelming the country.

He said the federal government has spent or lent up to $6 trillion in response to the economic shutdown that followed the coronavirus pandemic, which he said is about 30% of the entire annual economic output of the country.

“To me that’s a staggering amount of money,” Toomey said. “And, of course, it wasn’t sitting on shelves. This money is going to be either borrowed or it’s going to be printed, each of which has ramifications.”

“The problem with the direct payments is that a huge percentage went to people who didn’t need them, people who didn’t lose their job,” he said. “And yet, one day they get a $1,200 check in the mail. That’s nice, but this money has to come from somewhere, so I’m not convinced that it would be a good idea to make another round of those payments.”

Toomey made it clear that he was against an extended economic shutdown, saying that the original goal of the lockdown was to prevent hospitals from overflowing. He argued that once the number of cases was under control is when the economy should have reopened.

“At the time, it was understandable when we didn’t really know enough about this disease,” he said. “But we figured out in mid-April that there were no longer hospital systems in Pennsylvania that were in danger of being overrun. And yet there were counties that didn’t reopen until June.”

“I think we went way too far. But having said all that, it’s a lot easier now — in July — to make that assessment given all that we know today.”

“I don’t want to criticize people who made the best judgement they thought at the time,” he said. “I’m confident that Pennsylvania should be back in business, and for the most part, we are. We’ve seen some tremendous early signs of strong economic recovery. I want to make sure we encourage and facilitate that.”

He continued by talking about reopening schools in Pennsylvania in the fall and said that he believed schools should reopen, but there should not be any federal standard for reopening.

“What we can do is suggest best practices and make sure the (Centers for Disease Control and Prevention) is providing guidance for people,” he said.

At the college level, Toomey said that the leadership he’s talked to has varied in their reopening plans.

During the question and answer portion of the meeting, Toomey was asked about the racial tensions that are widespread across the country.

He made his standpoint on de-funding the police very clear.

“I am extremely opposed to the idea of de-funding the police,” he said. “The communities that need it the most are already seeing a surge of violent crime because police are holding back, they’re being threatened.”

He recognized the right to protest, but condemned the violence and riots that were seen around the country.

“If we have differences of opinion, if people want to advocate a point of view and they want to do it by having a protest, that’s perfectly fine. But it has to be peaceful,” he said. “There is absolutely no place for lawlessness, there’s no place for rioting, there’s no place for destruction of property. It’s the responsibility of the government to protect citizens from all of those things.”

“We’re not perfect. We’re going to have to continue to work to be a better society, but it would be a huge mistake to disregard the enormous progress that’s been made through peaceful engagement.”