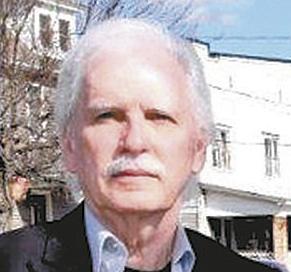 Saxton’s mayor said the progression of Green Leaf Medical’s major expansion project is another step forward for both the company and the community.

The medical marijuana cultivation company announced it is moving forward with a $35 million expansion at its facility in Saxton on Wednesday.

“Obviously, we welcome the great news for the community,” Mayor Alan Smith said. “It’s an indication things are going well with Green Leaf.”

The expansion project is expected to add about 500 more jobs at the facility, according to Philip Goldberg, CEO of Green Leaf.

The Maryland-based medical marijuana company purchased the 274,000-square-foot former Seton facility on Horton Drive in April 2017 after the building had been vacant for a decade. In 2018, the company received state approval to become a grower-processor of medical cannabis.

The $15 million investment into the first phase of the project upgraded about 100,000 square feet of the building. Smith said the next phase will renovate the remaining space and expand the current operation from nine flower rooms with an additional 48 flower rooms.

The expansion came earlier than initially projected. Goldberg in April 2019 said that the next phase would depend on the market of medical marijuana in Pennsylvania and could be a few years away.

The mayor said it also sends a positive message about the impact that medical marijuana has had in Pennsylvania.

“The growth shows the value of medical cannabis, and their production in Saxton has far exceed expectations,” Smith said.

News of the expansion and the increase in jobs came at a needed time, as local economies try to recover from the impact of the coronavirus pandemic.

“These are good jobs,” Smith said. “They bring a lot of enthusiasm to the community. It’s a good feeling.”

Smith said Green Leaf was fortunate it was able to continue operating during the pandemic because it was considered an essential business.

“If they would have needed to close down, that would have ended their momentum,” he said.

Smith said the company has followed through on each of its promises made to the community, including donating a portion of its earnings to the Saxton Volunteer Fire Company, Saxton Senior Center and Tussey Mountain School District.

“They’ve followed through on everything,” he said. “That shows accountability and credibility.”

Smith said the growth of the company is part of the revitalization efforts in Saxton.

“A lot of rural communities are going in another direction,” he said. “But the little community of Saxton seems to be going in an upward direction.”