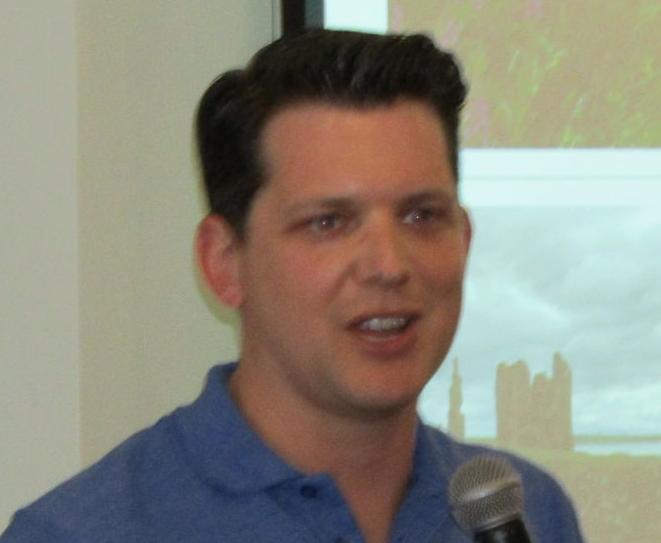 Nate Haupt of Dalesmen Distillery and Brewery speaks about plans to renovate the former Ford building in Bedford into a new distillery during Downtown Bedford Inc.’s annual breakfast on Wednesday. 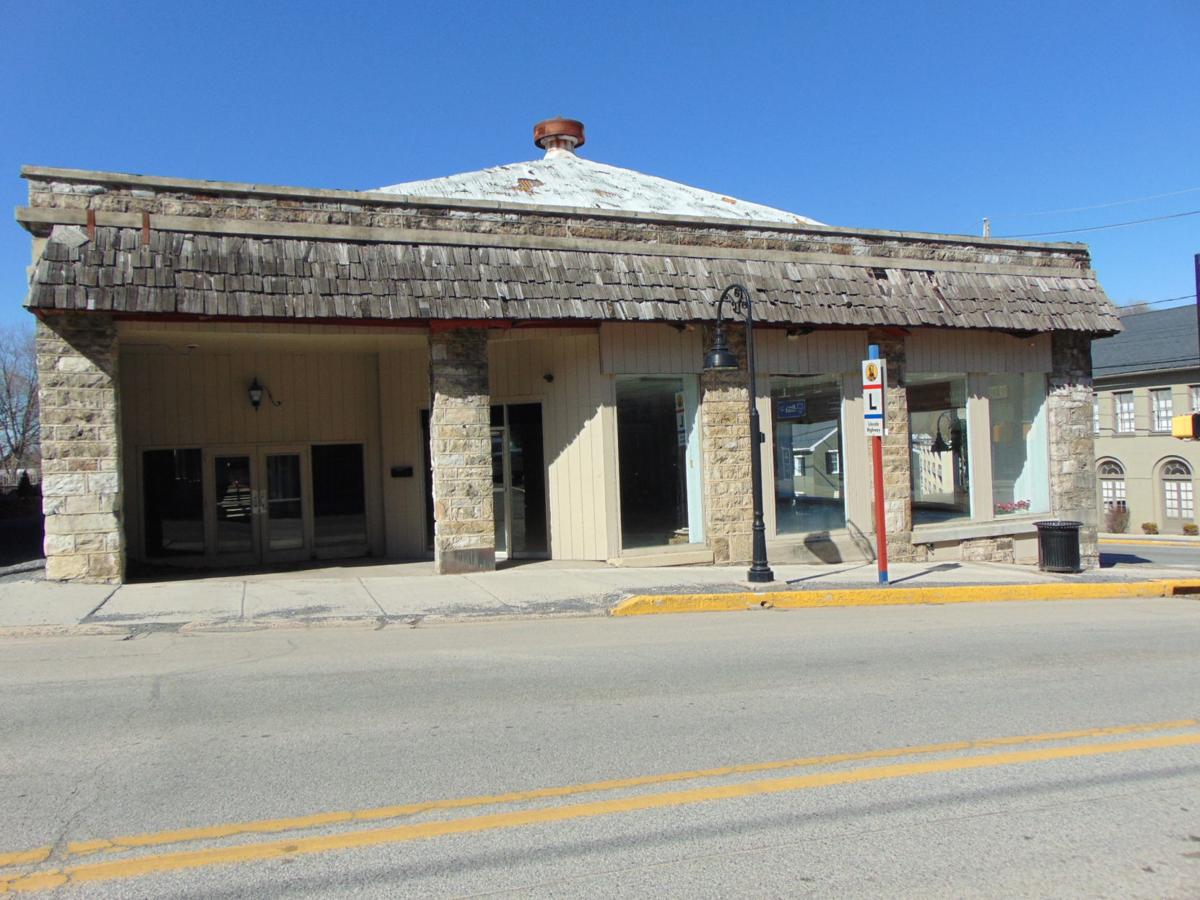 The building known as the Ford building at the intersection of Richard and Pitt streets in Bedford is to be redeveloped into a new distillery and brewery.

Nate Haupt of Dalesmen Distillery and Brewery speaks about plans to renovate the former Ford building in Bedford into a new distillery during Downtown Bedford Inc.’s annual breakfast on Wednesday.

The building known as the Ford building at the intersection of Richard and Pitt streets in Bedford is to be redeveloped into a new distillery and brewery.

The owners of a proposed distillery and brewery in downtown Bedford pitched their plans for the former Ford building during Downtown Bedford Inc.’s annual breakfast on Wednesday.

The Dalesmen Distillery and Brewery plans to open its doors at the corner of Pitt and Richard streets in early 2020.

Nate Haupt, one of the co-owners of the company, said Bedford was a perfect place for their establishment.

“It’s a perfect spot in a tri-state area where you can meet all these different communities and areas and big cities,” he said.

The company was co-founded by Haupt, Derek Dowler and Mike Wood. Each of the men are Americans living in the United Kingdom.

Haupt, who spoke on behalf of the owners, said Wood has family ties to Bedford, which was what put the borough on their radar as a possible location.

He said they had considered a number of options across multiple states before narrowing their choices down to Bedford and Potsdam, New York.

“Mike was a key in getting us to Bedford,” Haupt said.

The company is in the process of buying the former Ford building from the Robert Foor family.

The initial idea for a distillery stems from a “guy’s weekend” Haupt and Dowler took to Scotland while the two were working in the information technology sector of U.S. federal government in the United Kingdom.

“Life was stressful, things weren’t going well — we needed a guy’s weekend,” Haupt said. “So we headed up to Scotland.

The men visited a distilleries there and learned about the whiskey making process.

“We did not like whiskey — we were not whiskey fans at all at this time,” he said. “We just thought it burned your throat.”

As the trip went on, the two began to better appreciate the whiskey-making process.

“We started to get into it,” he said. “We thought it was really cool.”

The men soon contemplated their own distillery business.

“We thought ‘We can do this right? We’re tired of our government jobs, we’ve been doing it for 20 years, let’s do something different,’ ” Haupt said.

“An idea was born to actually research it.”

After the men returned to their IT jobs, Dowler spoke to Wood, a co-worker of his at the time, about the idea.

Haupt said Wood was into home brewing beer and meshed with their initial ideas of a distillery.

Haupt said the trio plans to make other spirits, including vodka, rum and gin. He said whiskey takes three years, so the brewery and other spirits will support the business during the early stages.

“It gives us income while we wait for the whiskey to sit in a barrel and age,” he said.

Plans for the former Ford building are still in development.

Haupt said they are working with an architect in Pittsburgh on renovations to the building.

They plan to open the front of the building up to the street.

“We’re going to have a seating area to where you can look out at the street and enjoy the amazing landscape of the town.” Haupt said. “Behind that will be our tap room.”

Haupt said they hope to renovate the center portion of the building to include a courtyard.

“The idea is we’re going to cut out a big area in the middle to have a courtyard,” he said. “How awesome would it be to have an open space in there?”

The distillation equipment will be near the tap room while the brewery is proposed to be near the back of the building. Haupt said they hope to renovate the rear portion of the building to include meeting rooms and possible a rear overlook.

“It’s a phenomenal place,” he said. “There are a lot of opportunities.”

Haupt said he was appreciative of warm welcoming of other businesses in town and said they plan on working with other restaurants for promotions.

He also thanked Dave and Mary Heller of Olde Bedford Brewing for assisting them, saying both breweries will benefit from each other.