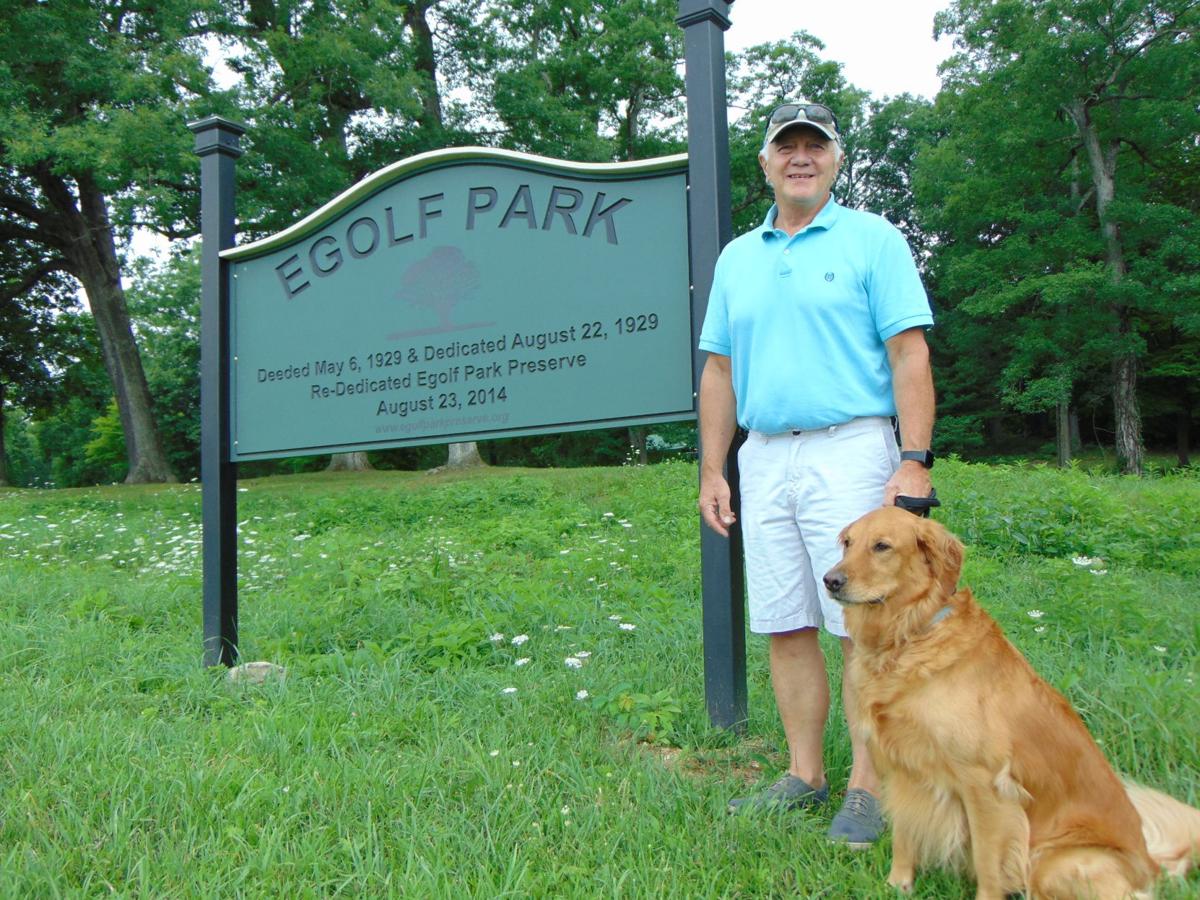 Rick Smith, vice president of Egolf Park Associates, and his dog, Sadie, stand at the entrance sign to the park on Thursday. 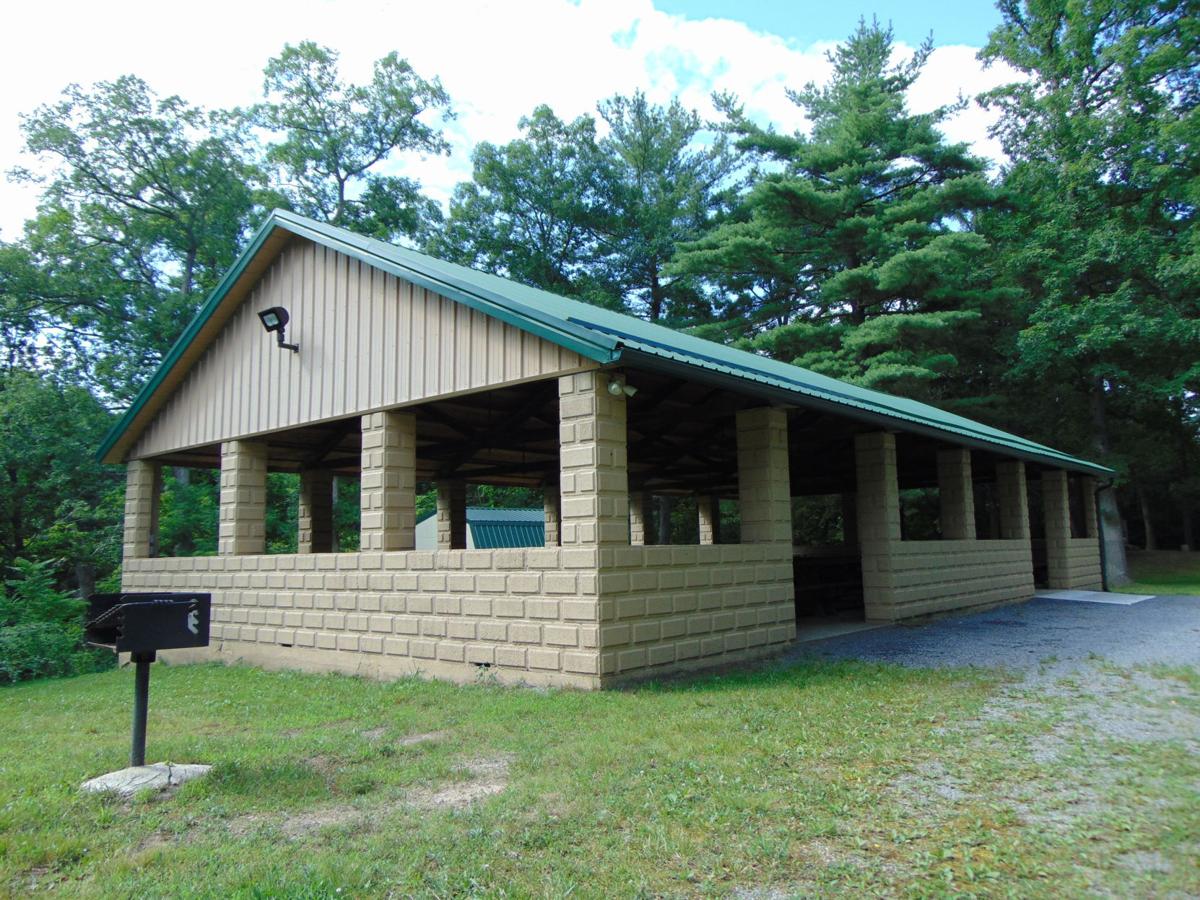 Pictured is the pavilion in Egolf Park. 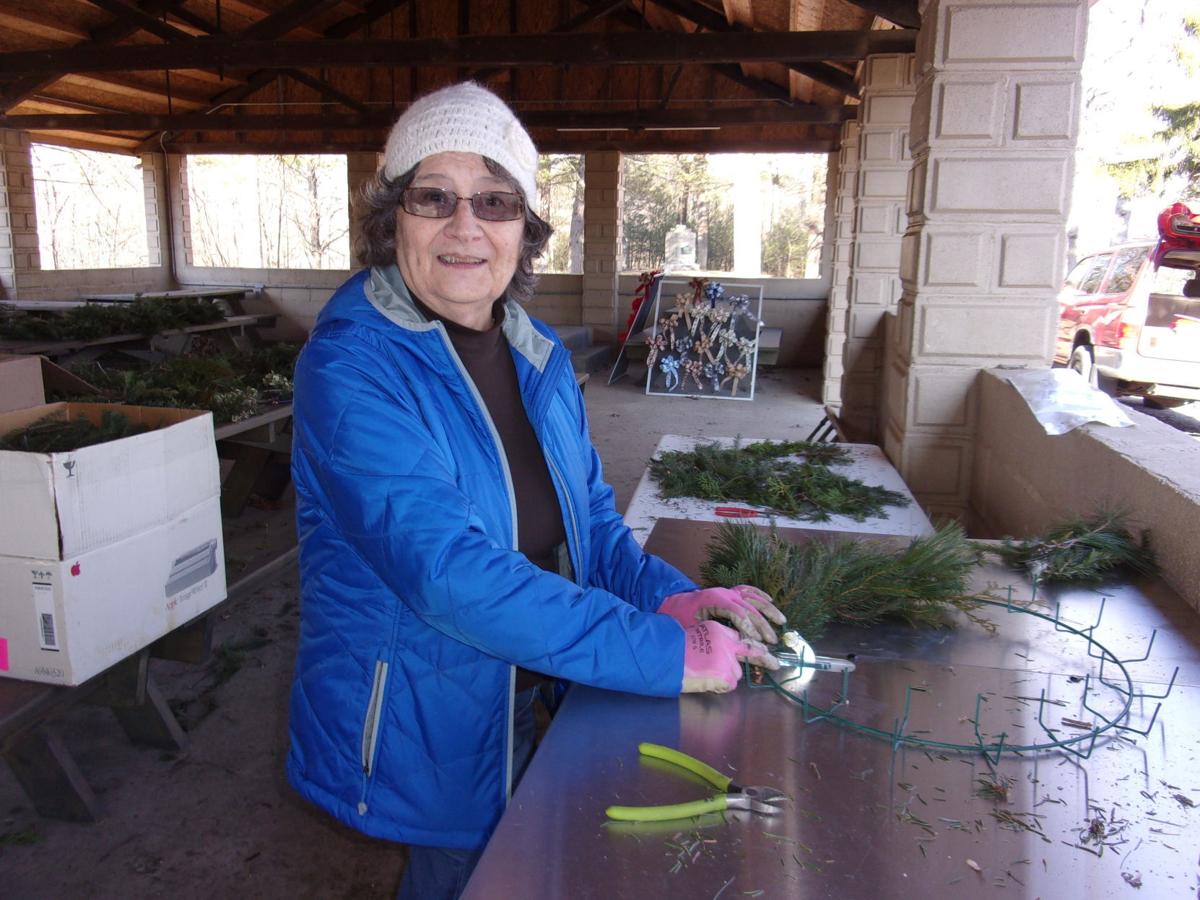 Gwen Ray, secretary of the Egolf Park Associates, uses the group’s wreath machine during one of the nonprofit’s past swag and wreath fundraising events. 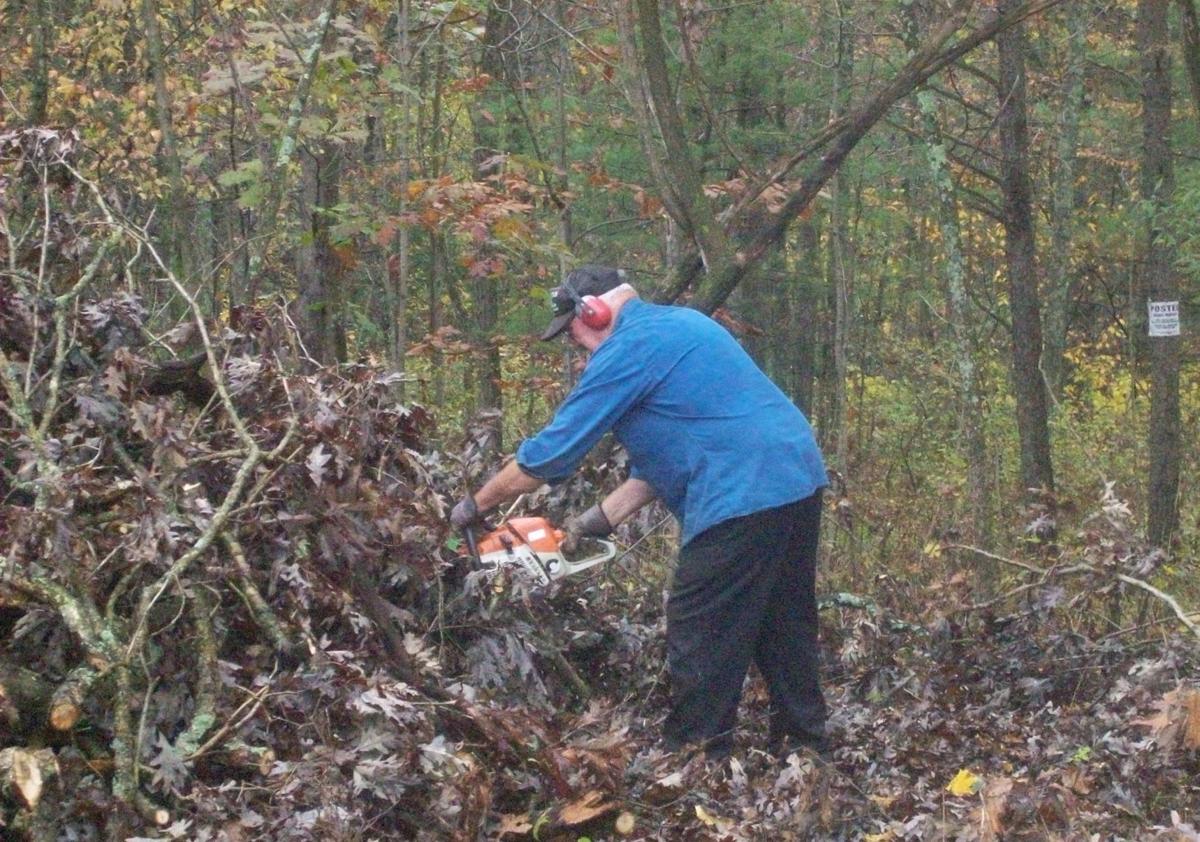 Rick Smith, vice president of Egolf Park Associates, and his dog, Sadie, stand at the entrance sign to the park on Thursday.

Pictured is the pavilion in Egolf Park.

Gwen Ray, secretary of the Egolf Park Associates, uses the group’s wreath machine during one of the nonprofit’s past swag and wreath fundraising events.

Years of ongoing fundraising, maintenance and volunteer support have allowed the Egolf Park Preserve to remain a gathering place for the community.

Less than a decade ago the park was in deplorable condition resulting from years of neglect. It was littered with trash and overgrown vegetation.

“It was poorly dilapidated,” said Bill Popovich, president of the Egolf Park Associates, the volunteer organization that maintains the park. “But we wanted to see it become a park again.”

The about 10-acre park at the intersection of Egolf and Main roads in Snake Spring Township had been donated to Bedford Borough in 1929 by A.B. and Lyda Egolf. It served as a popular gathering spot for family reunions, picnics and other activities for decades. But the park was in decline by the end of the 20th century and the borough initially intended to sell the property in 2010.

A group of local citizens objected to the proposed sale and formed the non-profit organization, eventually reaching an agreement with the borough to lease the park and restore it.

“The borough gave us a chance,” Popovich said. “We’re very thankful for the support.”

Gwen Ray, secretary of the group, said volunteers got to work cleaning and revitalizing the park.

“It was basically a dump site,” she said, looking at a picture of the rusted side of a car that had somehow ended up in the park. “But we got it cleaned up.”

The years of work was highlighted by added electricity, a new shed, a new roof on the pavilion, the addition of several picnic tables, a gate and donated playground equipment from the Bedford Area School District.

The revitalized park once again serves as a gathering spot for the community.

Popovich said its hosts weddings, family reunions, graduation parties, baby showers and a variety of other events each year.

“That’s the reason the park was built in the first place,” he said. “We tried to bring back those kinds of social events.”

The association is supported by volunteers and fundraising, specifically a popular swag and wreath sale each winter.

Ray said the group has about 60 members and is always looking for more. Membership is $10 per year.

Popovich said the group is conservative with its spending and has remained in good financial health.

He said the next set of potential projects for the park will include a water pump for the well on the property and a arboretum that would include signage to identify the various trees on the property.

“We hope to contact DCNR (state Department of Conservation and Natural Resources) to see if they can help us,” Popovich said.

“It’s be great change for people to learn something new while getting outdoors.”

Rick Smith, vice president of the group, said the park has remained popular this summer despite the coronavirus pandemic.

“It’s an outdoor park; people want to get outside right now,” he said.

Smith, who was with his dog, Sadie, said he takes advantage of the park’s trail most days.

“We love to come out here and walk the trail,” he said alongside his canine companion.

For information on the park, visit www.egolfparkpreserve.org or call Ray at 623-7839.