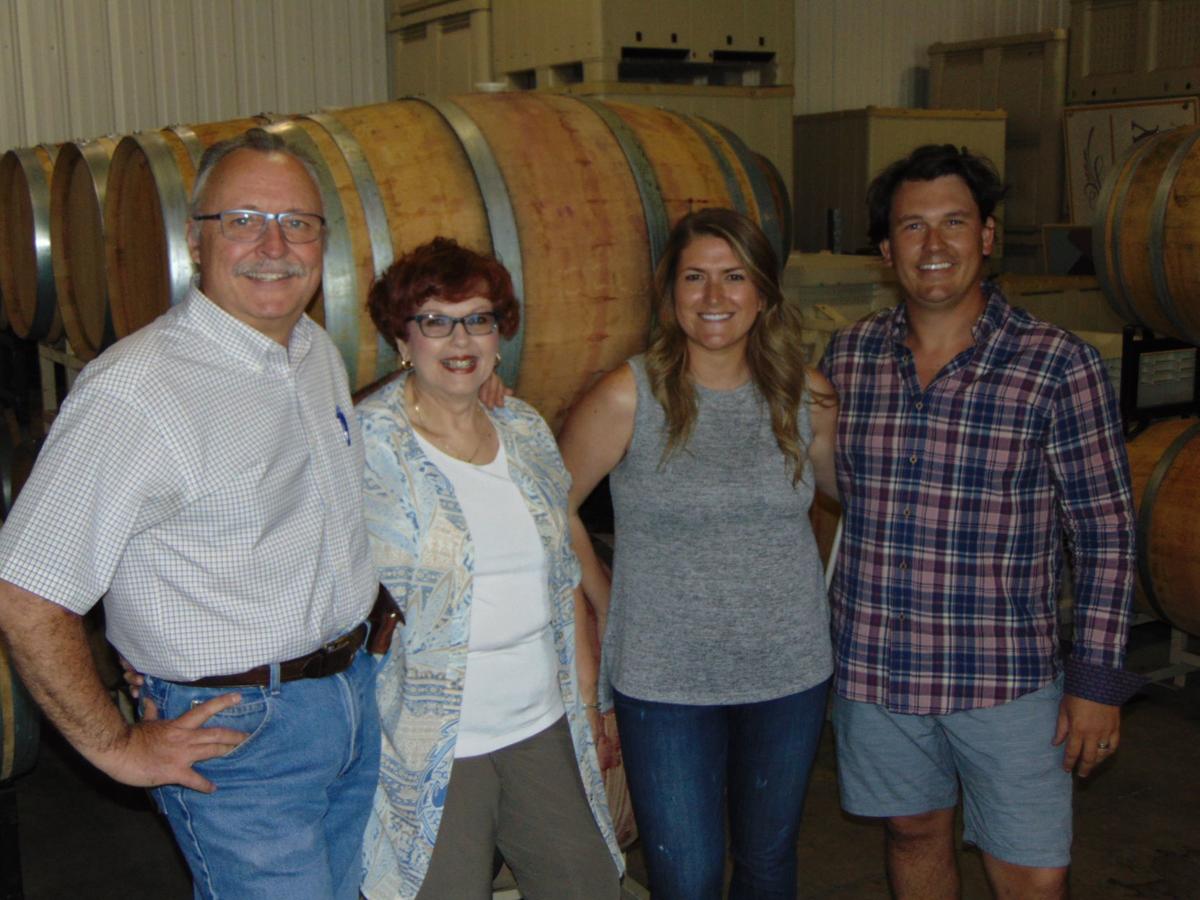 Tod and Jean Manspeaker, left, pose alongside Joanna and Jay Bell, the new owners of Briar Valley Vineyard and Winery at the winery's production facility on Industrial Avenue on Tuesday. The Bells bought the winery from the Manspeakers last week. 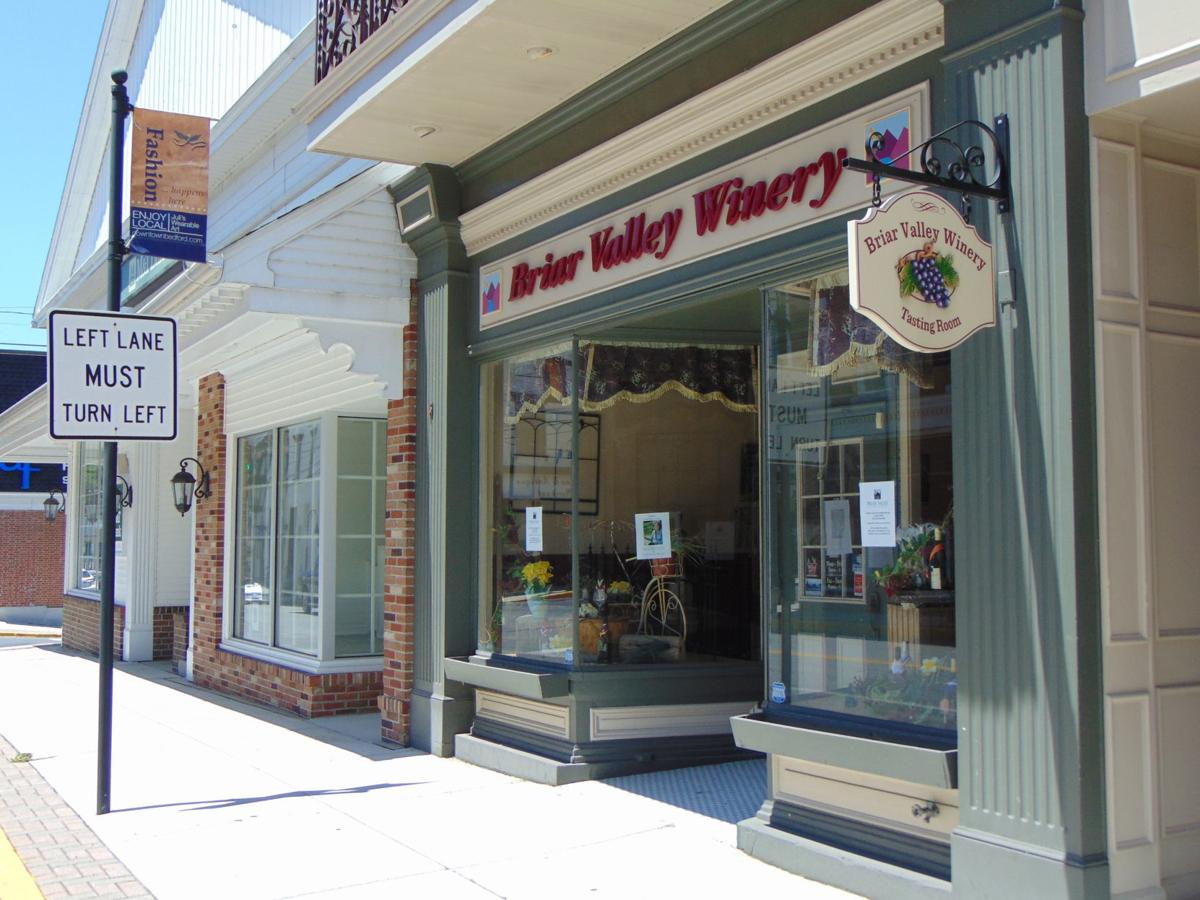 Tod and Jean Manspeaker, left, pose alongside Joanna and Jay Bell, the new owners of Briar Valley Vineyard and Winery at the winery's production facility on Industrial Avenue on Tuesday. The Bells bought the winery from the Manspeakers last week.

Fifteen years after entering the wine industry with a mission of producing local dry wines, Jean and Tod Manspeaker have sold Briar Valley Vineyard and Winery to Westmoreland County vintners.

Jay and Joanna Bell, owners of the Bella Terra Vineyards, finalized their purchase of the Bedford County winery on Thursday.

The deal came about two years after the Manspeakers first put their winery on the market.

“We’ve had people come look at it over the last two years, but nothing ever gelled,” Jean said. “This gelled quickly.”

Bell said he met Troy Beeler, one of the wine stewards in Briar Valley’s tasting room on Pitt Street, in Pittsburgh this past December, where he was introduced to Briar Valley’s wine.

“He was telling me all about the quality they’ve been able to get here,” Jay said.

The Bells initially had interest in purchasing grapes from the Manspeakers, but then learned the estate was for sale.

The framework for a deal started being discussed and began to formalize in March, just prior to the coronavirus pandemic.

“I came out here in a snowstorm,” Jay said. “Me and him sat in the front of his truck and worked through the whole deal.”

The Manspeakers founded their winery in 2005 and their first vintage came two years later, the same year they opened the tasting room. The winery is known for its European wine grape varieties, which are commonly thought to be less suitable for Pennsylvania’s climate.

The Manspeakers have maintained that the state is perfectly suitable to produce high quality wine, but it takes nearly year-long work. It’s work that has becoming more difficult for the couple to keep up with.

“It’s seven days a week from the beginning of March through the first of August,” Jean said.

Harvesting begins by early September, with production remaining more of a time commitment through Thanksgiving. Tod said the vineyard left only a short breather around Christmas that allowed for travel and rest.

“It can get a little overwhelming,” he said.

Jay Bell said one of the things Manspeaker told him when discussing the sale that “youthful energy” was what the vineyard needed most.

While the Manspeakers have been interested in selling their business for some time, the couple said they’re still adjusting to the move, which also came as the couple were buying a new house.

The Bells said they are hopeful they can maintain the vineyard’s quality, and even improve on it.

Quality has been the main focus for the Manspeakers, which has earned them a number of awards over the years, including praise from the Pennsylvania Wine Society, the International Wine Review and world renowned wine critic James Suckling.

“I think our mission has always been about the wine quality, first and foremost,” Jean said. “We wanted to leave that legacy.”

Tod said his wife will continue serving as a mentor for the new owners during their transition. While the Bedford County vineyard is new for the Bells, wine making is not.

The couple founded their wine business in 2015, beginning in their garage as part of the couple’s new wedding business.

Bell founded his own landscaping business in 2003 and operated it a number of years before selling.

“I wanted to grow something,” he said.

Jay said the plan was to grow grapes to produce wine to support a venue for weddings, but the wine business has continued to expand.

While Briar Valley has focused mainly on dry wines, Bella Terra has focused more on diversity in its tasting room, including more sweet wines, ciders and sparkling wines. Joanna said they also serve beer from local breweries and Pennsylvania spirits.

Jay said those additions will be brought to the tasting room in Bedford.

“That way if someone doesn’t necessarily like dry wine, they’ll have other options,” he said.

They’re hoping to bring that entertainment activity with them to Bedford as well.

“People love a reason to get out,” Jay said.

Sweet wines have tended to be more popular in their tasting room in Westmoreland County, with an about 75% to 25% divide. But Jay said he believes there is a strong market for Briar Valley’s wines in Pittsburgh.

Bella Terra is also licensed to ship to a number of states. That’s something the Bells believe will work with the tourism in Bedford, especially out-of-state travelers staying at the Omni Bedford Springs Resort.

Jay said they’re excited to begin operations in Bedford, which he compared to the quaintness of Ligonier.

“Everybody is real personable,” he said. “I feel Bedford is a small town where stopping in and out of stores can last a whole day.”

The Bells intend to open the tasting room this weekend for take-out orders, adding they are hopeful the county will shift into its “green phase” of the coronavirus mitigation efforts within the next couple weeks.

Looking ahead, the Manspeakers said they hope to stay active within the wine community, although from a different perspective. Both said they were thankful for all the support they had received over the years.

“We’ve met some great people,” Jean said. “We’ve made a lot of friends through the winery.”