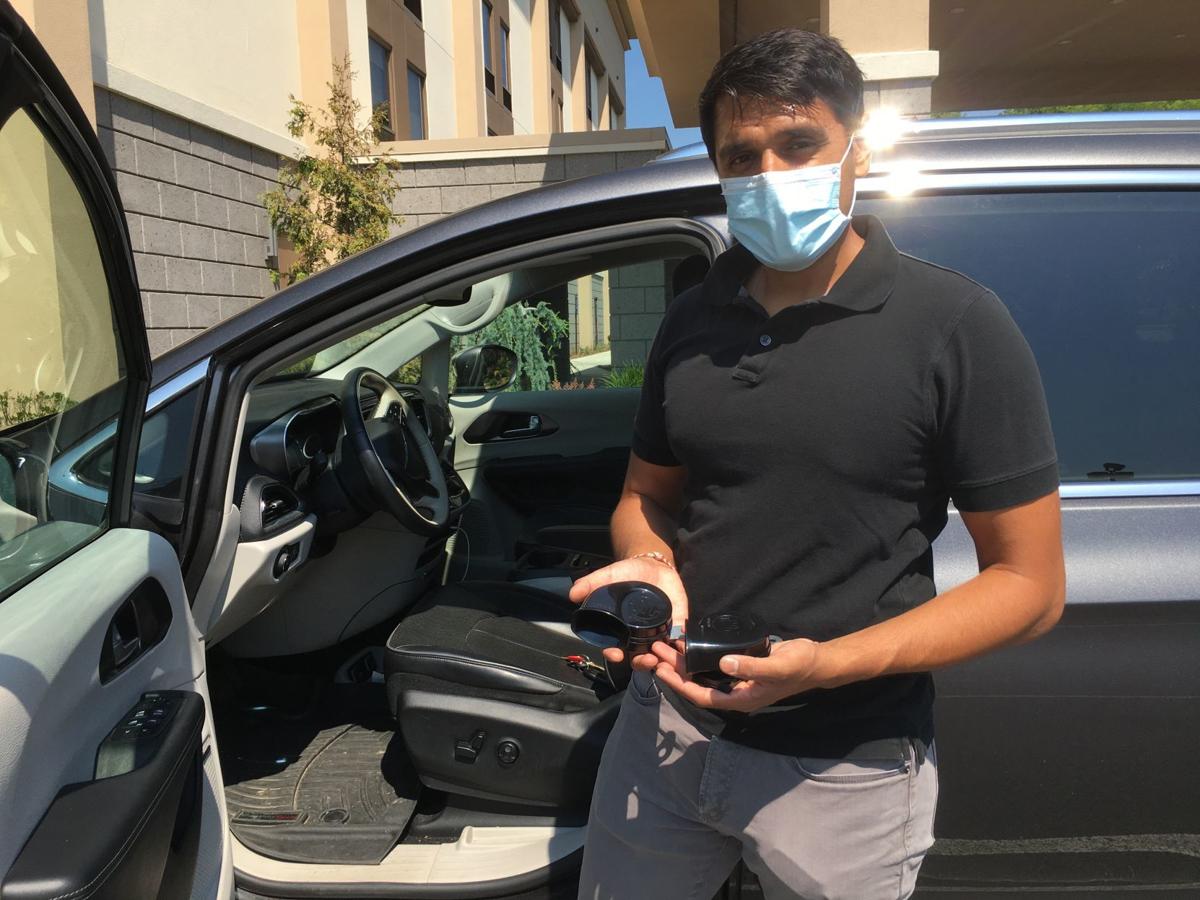 Ankit Patel, CEO and Founder of Meerya, holds the plug-and-play model of the Smart Horn. 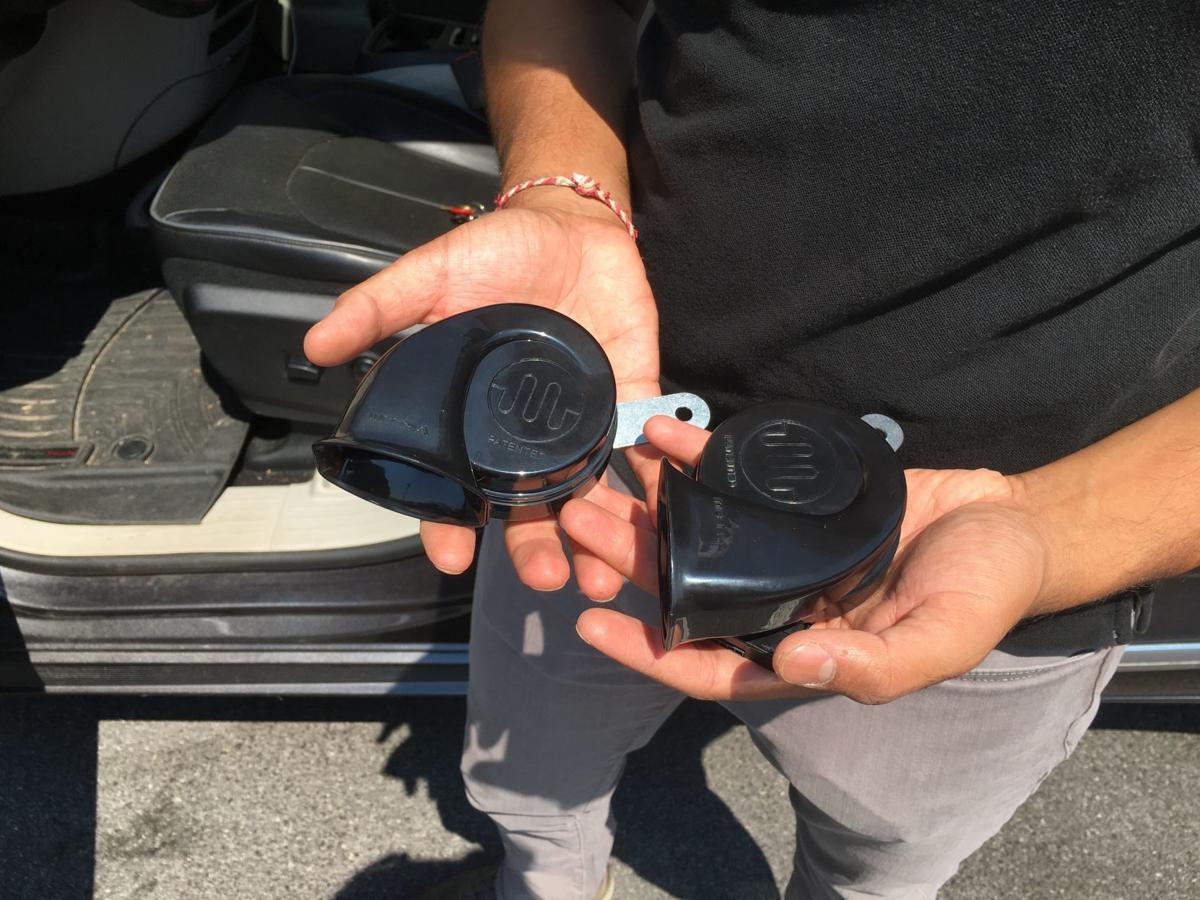 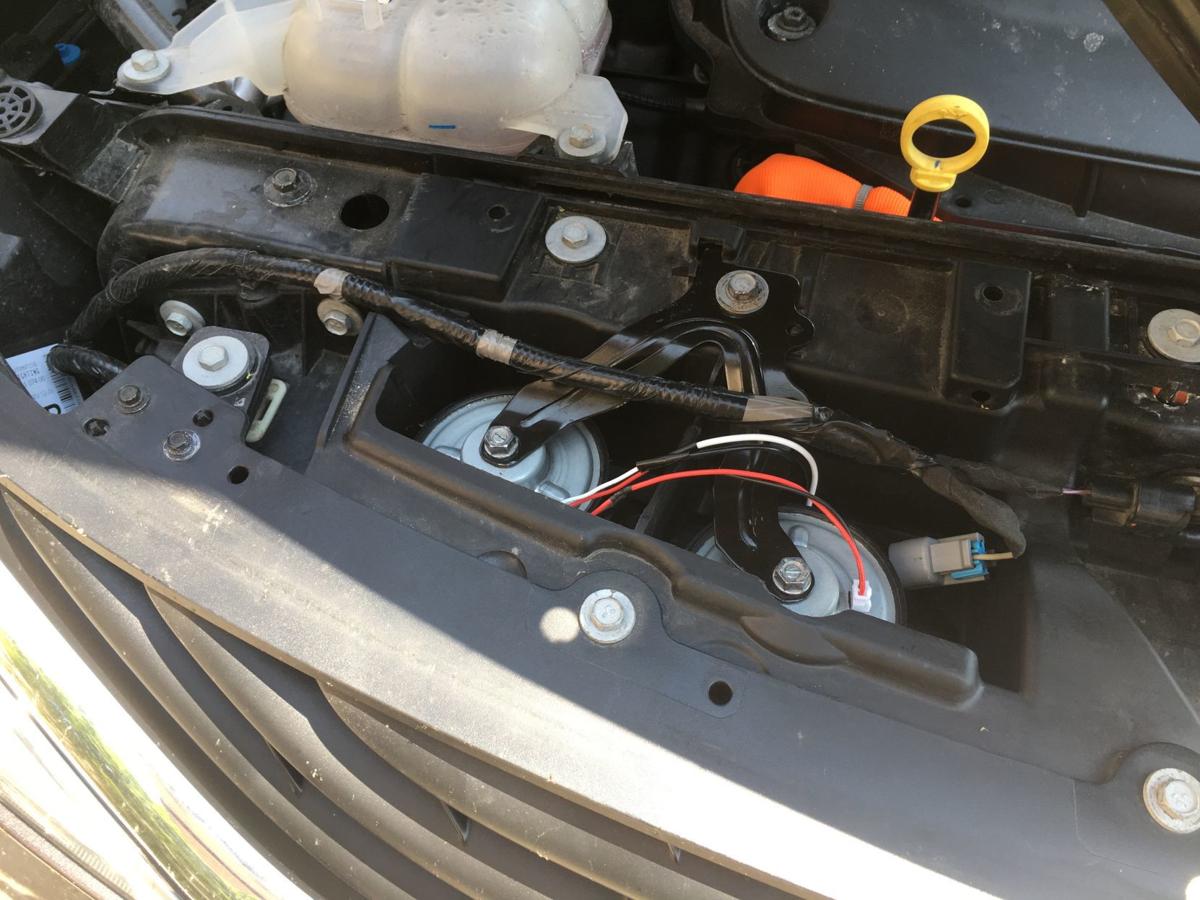 Meerya's Smart Horn simply plugs into the car and replaces the horn system that is installed by the manufacturer. Patel estimated it would take the average driver 10-15 minutes to install.

Ankit Patel, CEO and Founder of Meerya, holds the plug-and-play model of the Smart Horn.

According to the U.S. Department of Health’s data, 6,283 pedestrians were killed in 2018 in traffic accidents. That averages out to one pedestrian death every 84 minutes.

And that number has continued to grow each year for at least the past decade. Since 2009, the U.S. has seen an almost 50% increase in pedestrian deaths.

So Patel, CEO and founder of Meerya, a local automotive acoustics company, wanted to help combat this issue and created the Smart Horn, a more adaptable and less invasive car horn system.

The Smart Horn is a device that connects to a car and adjusts the volume of the horn depending on the situation and “builds its vocabulary,” as Patel explained it.

“As cars have gotten smarter … there hasn’t been any improvement to communications with other entities on the road,” said Patel, who was born and raised in Bedford.

He’s referring to the lack of changes with the car horn; drivers only have one volume and one tone to communicate with others on the road, which can be extremely ineffective. Sometimes, the loud car horn is unnecessary and can come off as aggressive or rude. Smart Horn gives drivers an opportunity to get their message across more effectively, he said.

And what do drivers have to do to change the tone of the horn using Smart Horn?

Once installed, the Smart Horn automatically takes into account the speed of the vehicle and adjusts the volume accordingly.

“It understands the environment,” he said.

Currently, the threshold is set at around 55 miles per hour, but, Patel said, that could change depending on the feedback he receives.

Even if the car is traveling slower than that threshold, drivers can activate the full-volume horn in emergency situations by simply pressing on the horn twice within one second, Patel said.

“Right now, your horn is stuck in caps lock,” he said. “People wish there was a friendlier button to use in a car.”

The integrated model is more complex, but has more features. It works with various existing car sensors such as speed, brake pressure, collision warning, automatic braking and advanced driver assistance systems. The integrated model uses these sensors to determine when a car is in an emergency situation and will automatically activate the horn, which allows the driver to stay focused on diverting whatever danger is ahead.

“Split seconds matter,” Patel said about the advantages of the integrated system.

It’s the same idea as an emergency brake system that stops the car automatically in dangerous situations, he said.

Patel worked with Andrew Trexler, a business start-up coach at the Bedford County Development Association (BCDA), to help get this product off the ground. Trexler is also part of the Startup Alleghenies initiative.

Trexler has been helping Patel with his business since September of last year.

“(Trexler has) been a big help finding a direction to approach things and understand what we need to do to take the next step,” Patel said. “He’s been a great outside perspective.”

“(Patel) is a very intelligent entrepreneur,” Trexler said. “He’s someone that inspires everyone around him.”

Trexler raved about Meerya, their product and its potential.

“The market opportunity is huge,” he said. “Millions of vehicles are made every year, and the problem is real.”

“It’s one of those things that you see and go ‘Okay, there’s something here,’” he added. “There’s a lot of interest already.”

Meerya’s plans to release the Smart Horn were delayed because of the coronavirus pandemic, but Patel’s plan is to have the horns available in the aftermarket by the end of 2020. From there, he wants to use customer reviews to take the product to manufacturers and eventually have the Smart Horn manufactured into cars around the globe, and hopefully save lives.