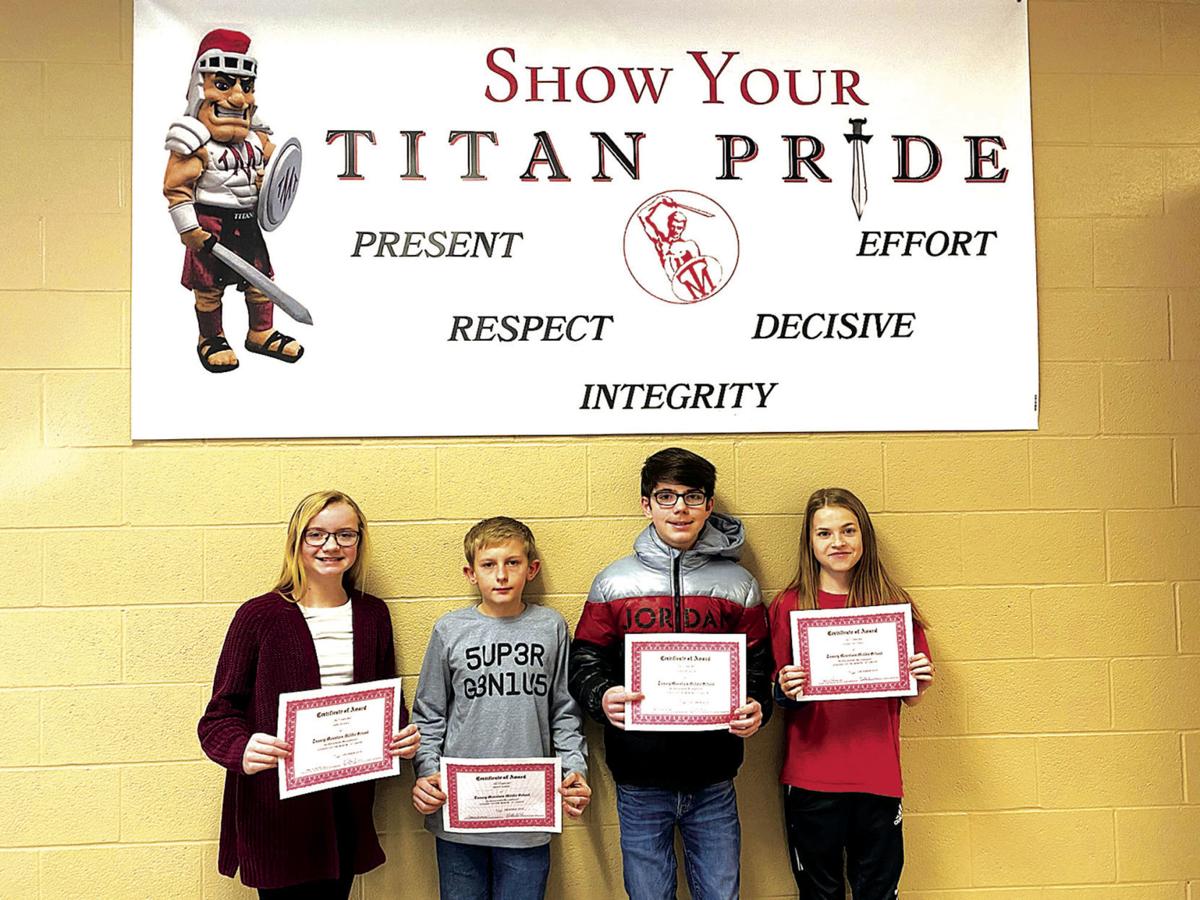 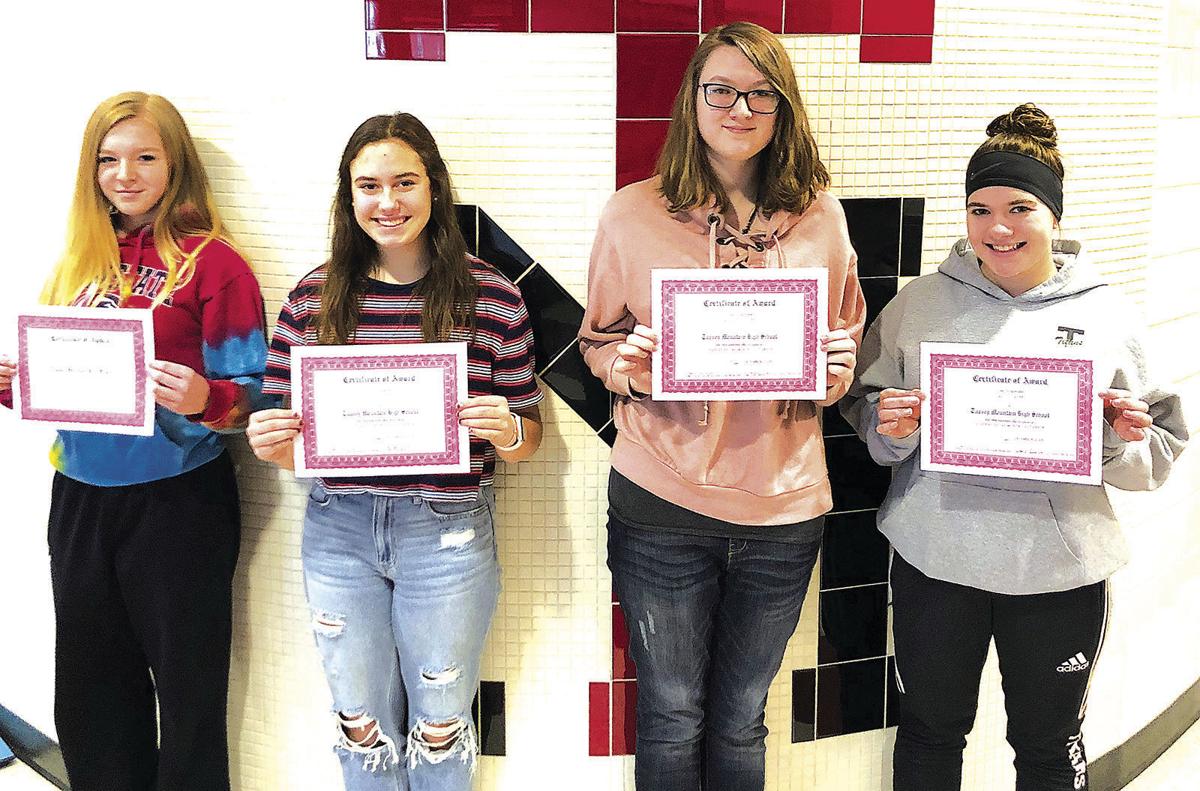 Tussey Students of Month honoredTussey Mountain Middle School has announced its Students of the Month for December. They are nominated by faculty and staff for positive contributions to the school, personal improvements or accomplishments. Honorees are, from left, Marlee Hall, fifth grader, daughter of Jamie and April Hall of Cassville; Brady Karns, sixth grader, son of Brad and Terri Karns of Saxton; Cameron Smith, seventh grader, son of Arthur Smith of Williamsburg and April Eltman of Saxton; and Emma Childers, eighth grader, daughter of Chris Childers of Martinsburg and Ashley Childers of Six Mile Run.

Joseph McEwan of Manns Choice and Joseph Patterson of Hyndman have been named to the fall semester dean’s list at York College of Pennsylvania. Students must achieve at least a 3.5 grade-point average.

Megan Oyler of Bedford has been recognized for academic excellence for the fall of 2019 and has been named to the dean’s list at Lycoming College in Williamsport. Oyler is majoring in art. Students must achieve at least a 3.5 grade-point average.