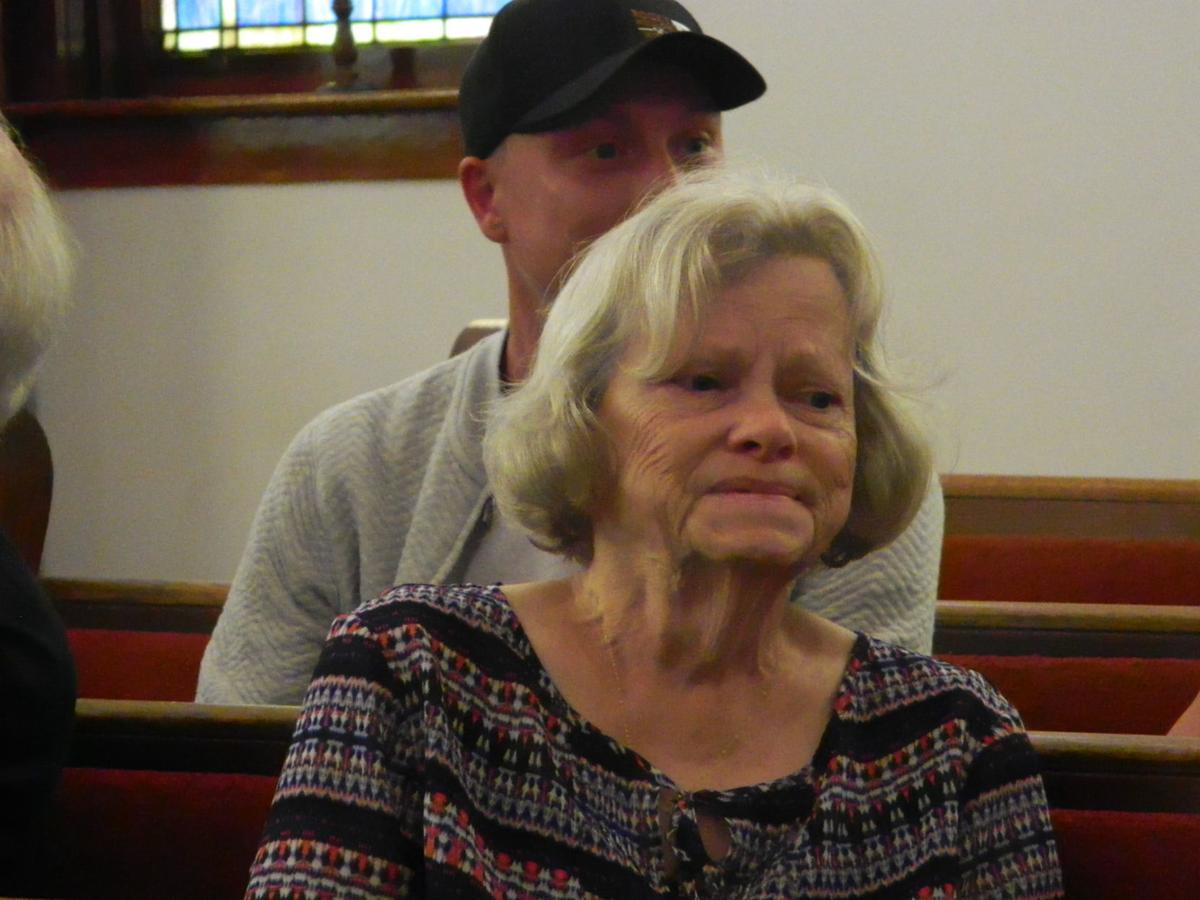 Members of the Bedford County Players’ board of directors confer during a pause in the bidding on Saturday at Centerville United Methodist Church. 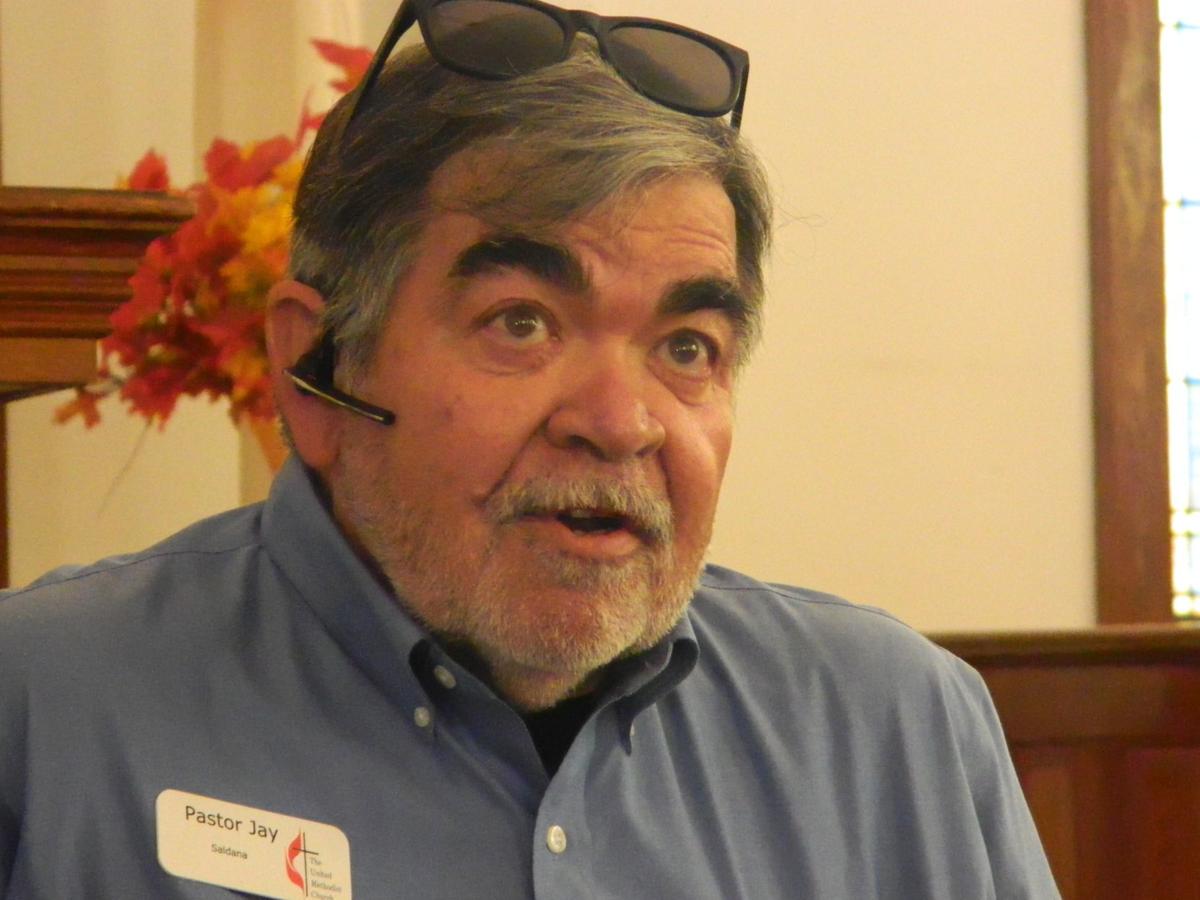 Pastor John Jay Saldana Jr., property manager for the board of trustees for the Susquehanna Conference, prays before the auction. 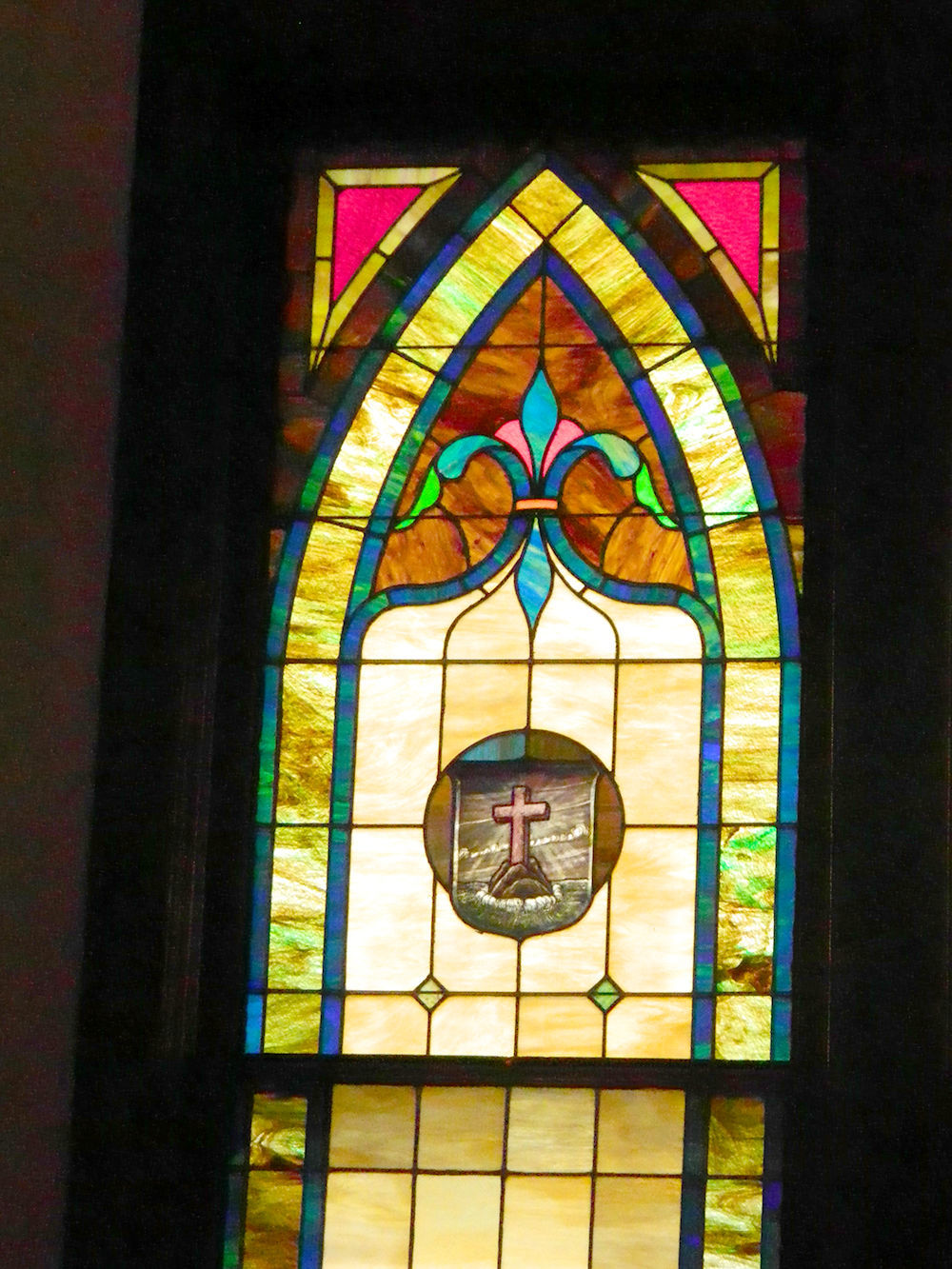 Pictured is one of the stained-glass windows at Centerville United Methodist Church, the future home of the Bedford County Players.

Members of the Bedford County Players’ board of directors confer during a pause in the bidding on Saturday at Centerville United Methodist Church.

Pastor John Jay Saldana Jr., property manager for the board of trustees for the Susquehanna Conference, prays before the auction.

Pictured is one of the stained-glass windows at Centerville United Methodist Church, the future home of the Bedford County Players.

CENTERVILLE — Before bidding started at Saturday’s auction for the Centerville United Methodist Church, Pastor John Jay Saldana Jr., of Lock Haven, property manager for the board of trustees for the Susquehanna Conference, offered a prayer that included:

“Bless this church for its past, and we ask you to bless it again for its future.”

For the Bedford County Players, that prayer was answered just a few minutes later.

Several board members openly shed tears of joy when auctioneer Steve Letteer of Benton, Columbia County, announced the winning bid of $70,000 for the property at 1044 Centerville Road.

The purchase ends the Players’ search for a new home that lasted nearly two years, since the July 16, 2018, fire that destroyed the Gardner Memorial Theater at Old Bedford Village.

“Ecstatic,” Players’ board President Jim Dull said after the auction.

The two years since the fire have seen the group pursing a number of options in a quest to find a new home. Many were cost-prohibitive, or unworkable for other reasons.

The Players completed their 2019 season at a number of venues, including a unique visit to the Bedford County courthouse for “12 Angry Jurors.” This year’s season fell victim to the coronavirus pandemic, but the search for a new home went on.

The church, closed since last year, turned out to be just what they were looking for.

“We could really make this thing work,” Dull said.

The church includes a spacious sanctuary with stained glass windows, an upper floor with office space, and a lower level that includes a large commercial kitchen and banquet facility that some were speculating might be used for dinner theater events, which had been held offsite from the Gardner Theater in the past.

The location is nearly ideal, Dull said, and would be convenient to draw an audience from Bedford and the Cumberland, Maryland, areas.

It will not take much to get the facility up and running, Dull said, noting that the group has lighting and a sound system ready to go.

“We want to keep the ambiance,” he said.

Board member Shane Lynn said having a new facility “will instill some enthusiasm” for the group and its followers.

For former parishioners, the day was bittersweet.

“It feels like the end of an era,” Diane Braman said. But she conceded that some of the disappointment was eased by the purchase by the Players, rather than a commercial entity.

If coronavirus concerns permit, the Players are hoping to open their 2021 season in April.