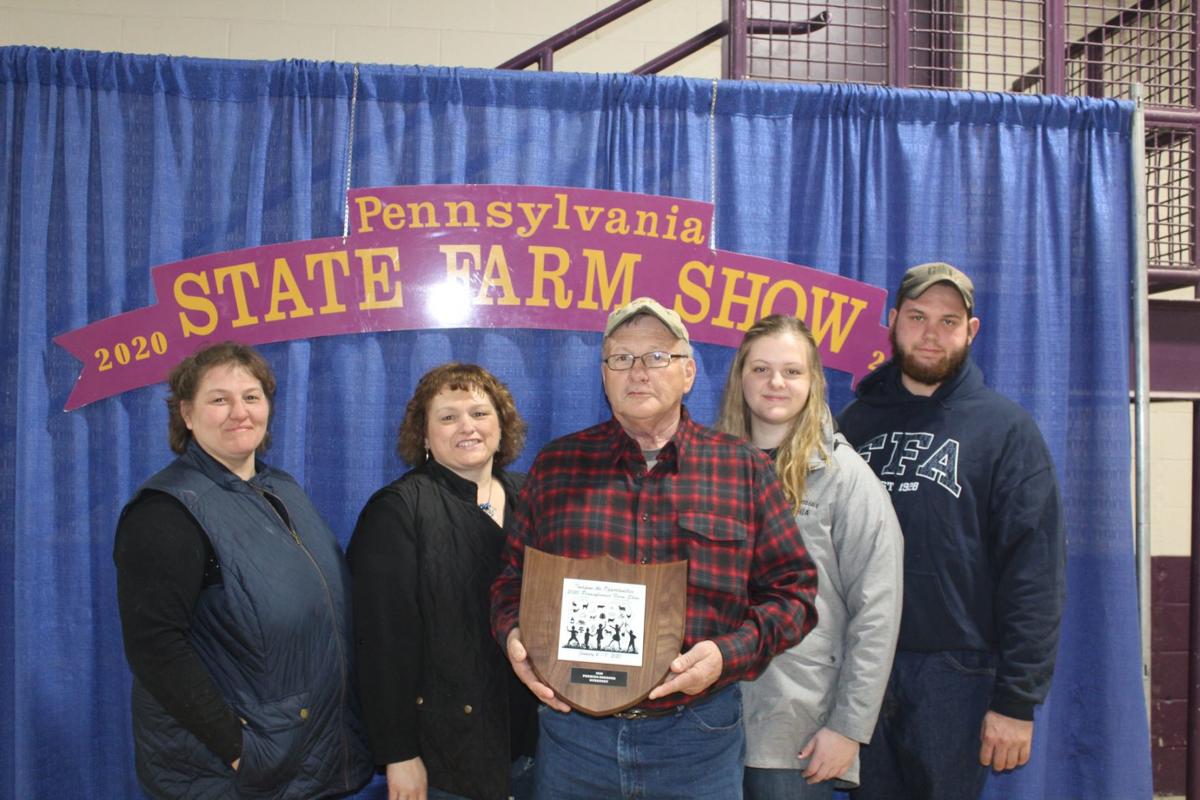 The McDonald Family of Green Slopes Farm poses after being named the premier breeder at the Guernsey show at the Pennsylvania Farm Show. Pictured are, from left, Alicia McDonald, Angelique McDonald Walason, Galen McDonald and Macy and Tanner Walason. 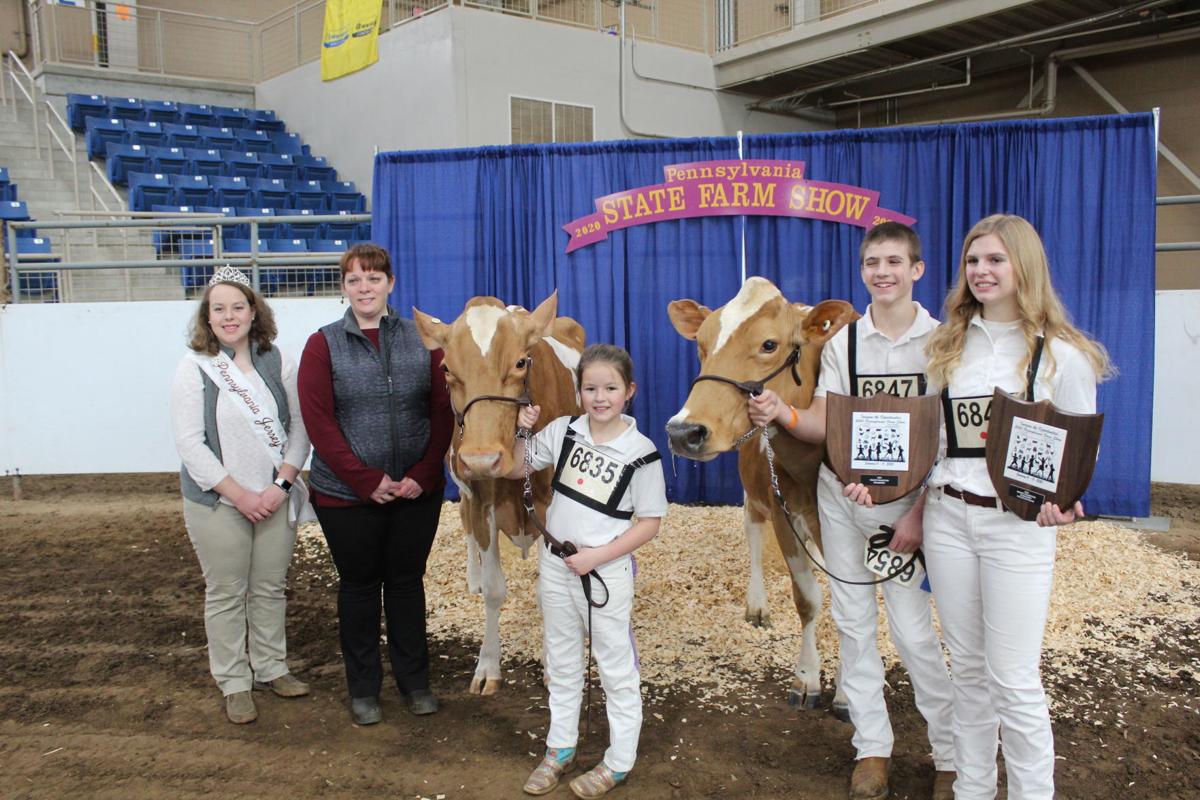 The McDonald Family of Green Slopes Farm poses after being named the premier breeder at the Guernsey show at the Pennsylvania Farm Show. Pictured are, from left, Alicia McDonald, Angelique McDonald Walason, Galen McDonald and Macy and Tanner Walason.

Two area dairy farms saw success over the course of the Pennsylvania Farm Show, which ended on Saturday.

The family farm showed a number of first-place cattle during the Farm Show and also walked away with the Premier Exhibitor title and first-place exhibitor herd honors.

Green Slopes Farm of Imler also saw a successful week at the Farm Show. The family farm walked away with the Premier Breeder title during the Guernsey show, and Macy Walason, 19, of Alum Bank who has worked as a farmhand alongside her other family members since she was 4 years old, received third place in the exhibitor herd division.

Green Slopes Farm is at least a fifth generation farm and a 159-acre farm.

Angelique McDonald Walason of Green Slopes Farm explained that both the Premier Breeder and the Premier Exhibitor titles are given based on a point system on how the animals perform at the Farm Show. She said that her family’s farm took 10 cattle to the Farm Show this year.

More information on the 2020 Pennsylvania Farm Show is available at farmshow.pa.gov.