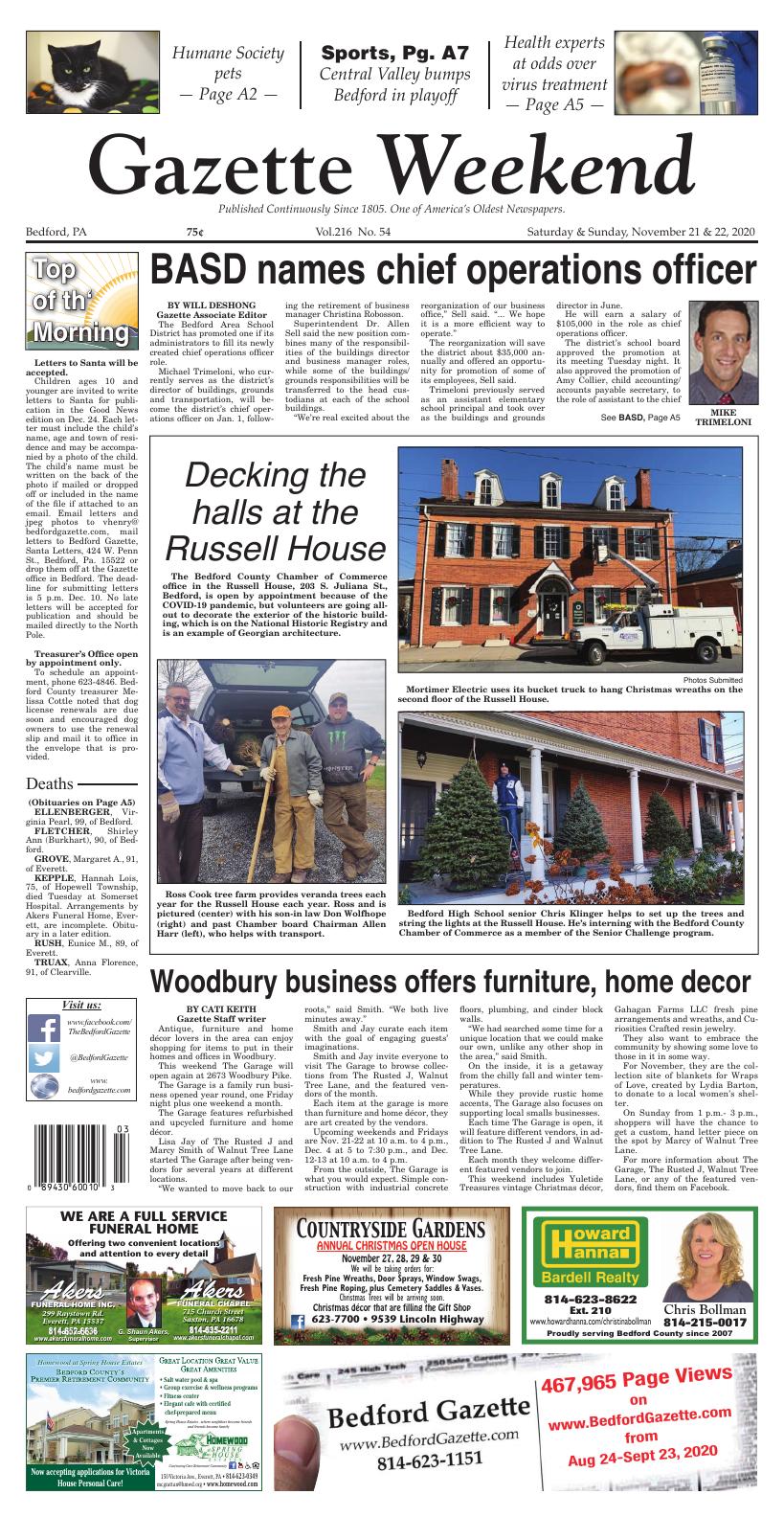 The Bedford Area School District has promoted one if its administrators to fill its newly created chief operations officer role.

Michael Trimeloni, who currently serves as the district’s director of buildings, grounds and transportation, will become the district’s chief operations officer on Jan. 1, following the retirement of business manager Christina Robosson.

“We’re real excited about the reorganization of our business office,” Sell said. “... We hope it is a more efficient way to operate.”

The reorganization will save the district about $35,000 annually and offered an opportunity for promotion of some of its employees, Sell said.

Trimeloni previously served as an assistant elementary school principal and took over as the buildings and grounds director in June.

He will earn a salary of $105,000 in the role as chief operations officer.

Shane Bingman, assistant principal at the middle school, also was approved to be the district’s safety coordinator.

Many of the responsibilities previously handled by the buildings and grounds position will be transferred to the head custodians at each of the district’s buildings. Sell said those employees will earn a $2.40 per hour raise, Sell said.

Those workers will receive raises of 40 cents per hour for the next two years. The extension takes the deal to June 2023.

The district last month approved a two-year contract extension with the union representing its teachers.

Sell said the district will have two online learning days for all students on Dec. 1 and 2 — the Tuesday and Wednesday following Thanksgiving break.

Additionally, there will not be any sports practices, scrimmages or in-person activities from Nov. 28 to Dec. 2.

The two online learning days will keep students and teachers out of the school buildings for five days following Thanksgiving, better allowing to mitigate the potential spread of the coronavirus following family gatherings on the holiday.

Sell on Friday said most of the district’s staff currently under quarantine will be able to return on Dec. 3.

“Almost all of our staff comes off quarantine, so if everyone is careful and does their part, we should have a fresh start,” he said.

Mortimer Electric uses its bucket truck to hang Christmas wreaths on the second floor of the Russell House.

Ross Cook tree farm provides veranda trees each year for the Russell House each year. Ross and is pictured (center) with his son-in law Don Wolfhope (right) and past Chamber board Chairman Allen Harr (left), who helps with transport.

Bedford High School senior Chris Klinger helps to set up the trees and string the lights at the Russell House. He’s interning with the Bedford County Chamber of Commerce as a member of the Senior Challenge program.

The Bedford County Chamber of Commerce office in the Russell House, 203 S. Juliana St., Bedford, is open by appointment because of the COVID-19 pandemic, but volunteers are going all-out to decorate the exterior of the historic building, which is on the National Historic Registry and is an example of Georgian architecture.

Marcy Smith of The Rusted J and Lisa Jay of the Walnut Tree Lane.

Antique, furniture and home décor lovers in the area can enjoy shopping for items to put in their homes and offices in Woodbury.

This weekend The Garage will open again at 2673 Woodbury Pike.

The Garage is a family run business opened year round, one Friday night plus one weekend a month.

The Garage features refurbished and upcycled furniture and home décor.

Lisa Jay of The Rusted J and Marcy Smith of Walnut Tree Lane started The Garage after being vendors for several years at different locations.

“We wanted to move back to our roots,” said Smith. “We both live minutes away.”

Smith and Jay curate each item with the goal of engaging guests’ imaginations.

Smith and Jay invite everyone to visit The Garage to browse collections from The Rusted J, Walnut Tree Lane, and the featured vendors of the month.

Each item at the garage is more than furniture and home décor, they are art created by the vendors.

From the outside, The Garage is what you would expect. Simple construction with industrial concrete floors, plumbing, and cinder block walls.

“We had searched some time for a unique location that we could make our own, unlike any other shop in the area,” said Smith.

On the inside, it is a getaway from the chilly fall and winter temperatures.

Each time The Garage is open, it will feature different vendors, in addition to The Rusted J and Walnut Tree Lane.

Each month they welcome different featured vendors to join.

They also want to embrace the community by showing some love to those in it in some way.

For November, they are the collection site of blankets for Wraps of Love, created by Lydia Barton, to donate to a local women’s shelter.

On Sunday from 1 p.m.- 3 p.m., shoppers will have the chance to get a custom, hand letter piece on the spot by Marcy of Walnut Tree Lane.

For more information about The Garage, The Rusted J, Walnut Tree Lane, or any of the featured vendors, find them on Facebook. 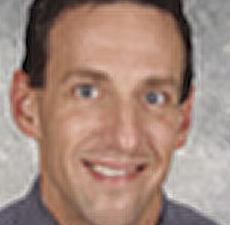 (Obituaries on Page A5) 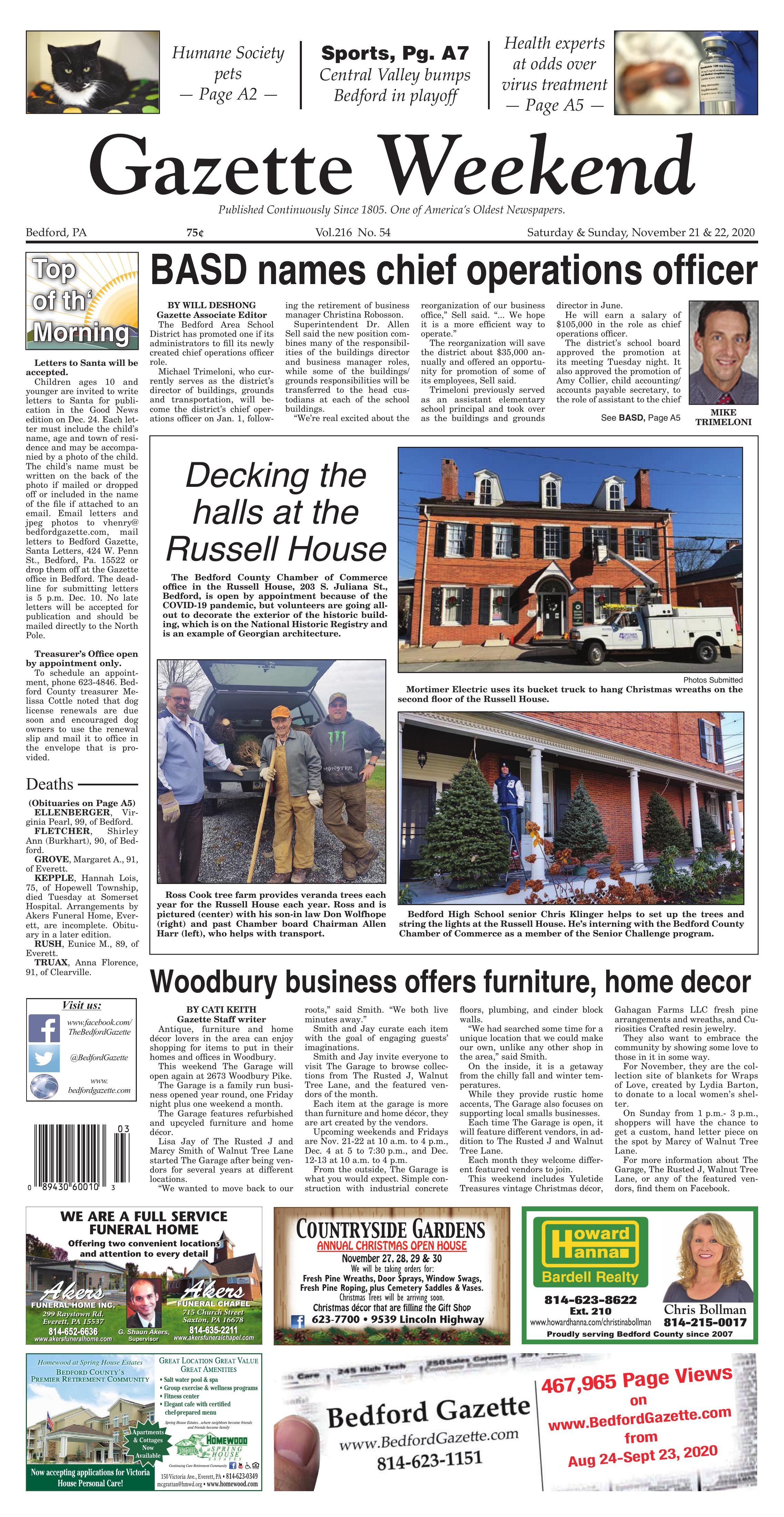